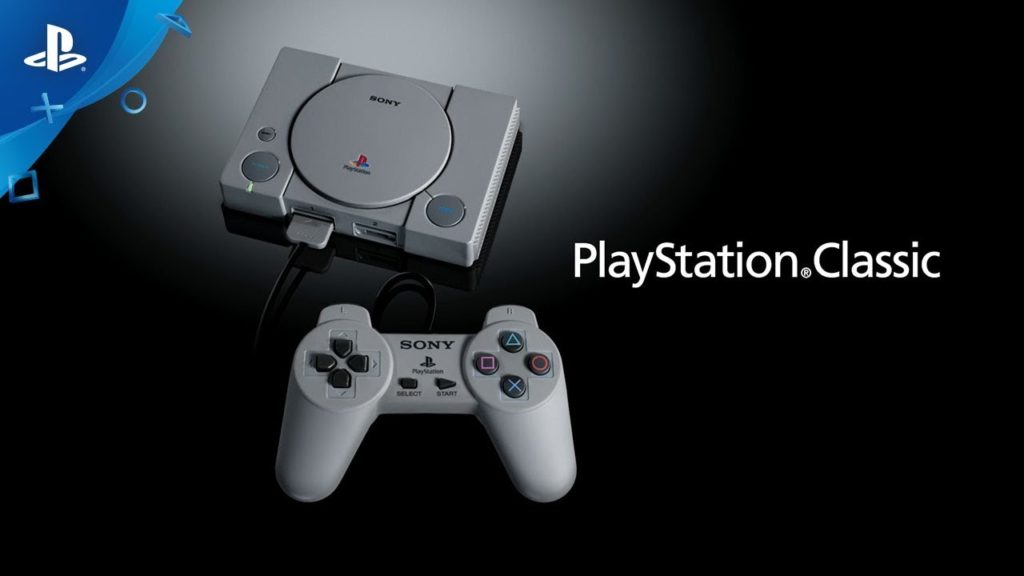 As reported from Polygon, Sony is following in Nintendo’s footsteps with its own miniaturized throwback console: the PlayStation Classic, a new version of the original PlayStation that you can hold in your hand and easily connect to a modern television.

Like Nintendo’s NES Classic and SNES Classic, the PlayStation Classic will come packed with a list of beloved hits from the system’s original library. There will be 20 games in all, but Sony only announced five of them today: Final Fantasy 7, Jumping Flash, R4: Ridge Racer Type 4, Tekken 3 and Wild Arms. “All of the pre-loaded games will be playable in their original format,” the company said in an announcement post on the PlayStation Blog.

The PlayStation Classic (left) is 45 percent smaller than the original unit.

For that price, customers will get the system and two controllers. The gamepads are full-size replicas of the PS1’s original controller, not the DualShock, so they and don’t include analog sticks or vibration. As you can see in the gallery above, the gamepads are wired USB devices that plug into the console in the same spot as the original system’s controller ports.

You can’t pop PS1 memory cards into the PlayStation Classic — save files are stored on a virtual memory card. However, the replica buttons on the top of the system do have actual functions: Power does what you’d expect; the open button swaps virtual discs; and the reset button suspends games. There’s no word on whether the PlayStation Classic will include visual filters or display settings like the options available on Nintendo’s retro consoles.

The PlayStation Classic is about 45 percent smaller than the system it’s modeled after, according to Sony. The back of the unit features only two ports: HDMI-out for video and audio, and micro-USB for power. The package comes with cables for both, but it doesn’t include an AC adapter, so users will need to supply their own or plug the system into a 5-volt, 1-amp USB port.

There also appears to be a plastic cover on the rear of the system, but there’s no word yet on what’s beneath it. (On the original PS1, there was a parallel port under that cover.) A common criticism of the NES Classic and SNES Classic is that there’s no way to get additional games on the mini consoles without hacking them. Could this flap be hiding something like an Ethernet port, with Sony allowing customers who own digital PSOne Classics titles to play them on this retro console? Or is it just for show?

Is the Playstation Mini on your 2018 holiday list? We know it’s on ours! Tell Nerdbot about it in the comments!