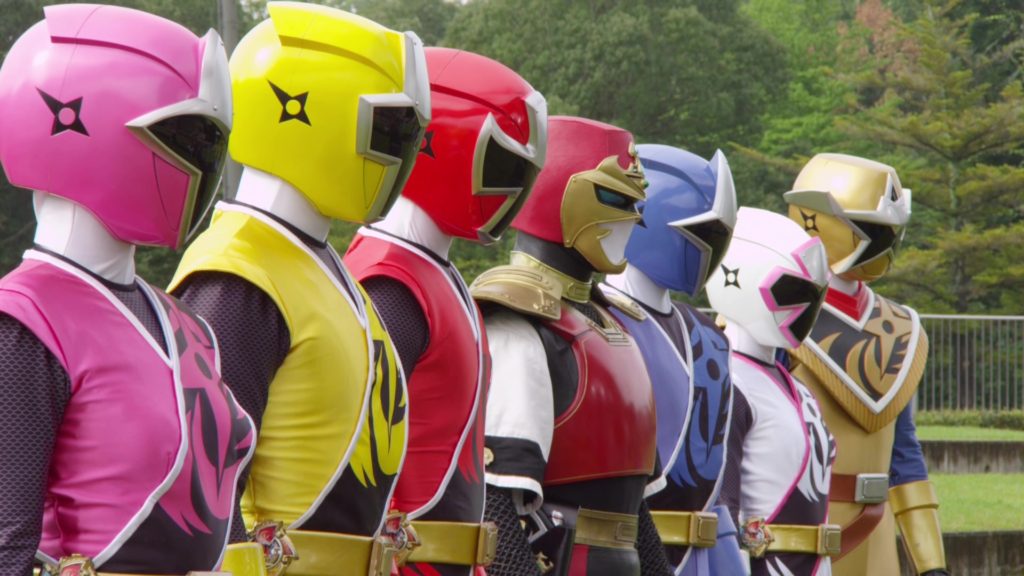 Leave it to a world class ninja to sneak onto American television.

Next week’s episode of Power Rangers Super Ninja Steel will feature a special guest hero, Sheriff Skyfire. The Sheriff is a space ninja and intergalactic policeman who gets tricked by series villain Madame Odius into battling the Rangers. The Rangers will have to convince him that they’re on the same side before it’s too late! 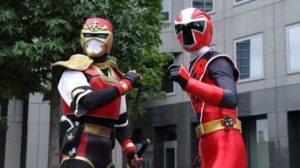 Hardcore toku fans will recognize this new face: it’s the classic ‘80s hero Jiraiya! Sekai Ninja Sen Jiraiya aired in 1988 on Japanese airwaves as the seventh installment of the Metal Hero franchise. Unique among Metal Heroes for having traditional instead cybernetic armor, Jiraiya fought the Sorcerers Clan and worldwide ninjas to protect the location of his family’s ancient treasure. Check out the opening below to get a taste of the retro charm this show has to offer!

In 2015, Jiraiya made a brief return to television as a guest on Shuriken Sentai Ninninger, the show that Super Ninja Steel is based off of. Against all odds, Power Rangers producer Saban decided not to skip Jiraiya’s episode and have officially brought him into the Power Rangers family. This also marks the first non-Sentai tokusatsu hero to appear in Power Rangers since Masked Rider cameoed in 1995.

You can catch episode 14 of Super Ninja Steel on September 22. And if you like what you see of Sheriff Skyfire and want to see more, check out Jiraiya. With the character officially licensed, we could be seeing an official American release of this classic retro ninja in the near future!

Are you excited to see Sheriff Skyfire team up with the Power Rangers? Let us know in the comments!