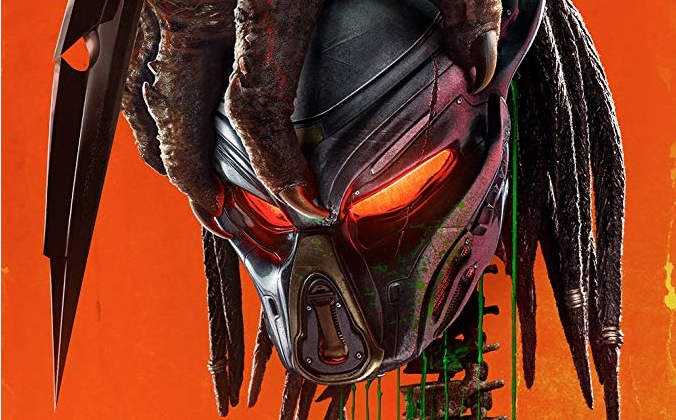 Fox has removed a scene from the upcoming film The Predator after learning one of the actors featured in the scene was a registered sex offender.

On Thursday, the Los Angeles Times reported Fox deleted the short three page scene between Steven Wilder Striegel and Olivia Munn after learning of Striegel’s criminal convictions. According to the article, Munn learned Striegel pled guilty in 2010 to two felony counts involving a 14 year old: enticing a minor by computer and risk of injury to a child. Per the Connecticut sex offender registry, a 38 year old Striegel “engaged in an Internet relationship with a fourteen year old female victim who was known to him” and “attempted to lure the victim into a sexual relationship by making sexually graphic suggestions to the victim”. He spent six months in jail and is listed in the California sex offender database.

Upon this discovery, Munn informed Twentieth Century Fox, where the executives made the decision to remove his scene from the film.

“Our studio was not aware of Mr. Striegel’s background when he was hired. We were not aware of his background during the casting process due to legal limitations that impede studios from running background checks on actors,” a spokesperson for Fox told the Times.

While Fox executives may not have known of Striegel’s past, director Shane Black was well aware.

In an initial statement to the Times, Black justified his choice to hire Striegel. “I personally chose to help a friend. I can understand others might disapprove, as his conviction was on a sensitive charge and not to be taken lightly.” He went on to add he believed Striegel was “caught up in a bad situation versus something lecherous.”

However, by Thursday afternoon Black had taken a step back from his previous statement, issuing an apology. He stated he had wanted to believe Striegel was telling the truth. However, Black said he had “been misled” regarding “the circumstances of (Striegel’s) conviction”. While he believes in second chances, “sometimes you discover that chance is not as warranted as you may have hoped”.

In a quote to the Times, Munn expressed her shock at Striegel’s hire, stating it was “both surprising and unsettling that Shane Black, our director, did not share this information to the cast, crew, or Fox Studios prior to, during, or after production”. She went on to commend Fox for being proactive once they discovered Striegel’s past criminal conviction.

Munn also took to Twitter to directly address a few points, including describing the arrest affidavit as “disturbing” and noting the #MeToo movement. Furthermore, when asked why she was still doing press for the movie, Munn pointed out she was contractually obligated to do so, but now that the scene is deleted, she feels the audience will love it.

These @latimes excerpts from the arrest affidavit are beyond disturbing and completely contradict Wilder’s version of how he was convicted. https://t.co/QZcGxV7JU9

The #MeToo movement called out abusers. But they’re not the only ones in the wrong. Those who know about abuse and not only do nothing but continue to put abusers in positions of power are complicit. https://t.co/QngLCk9fzj

In an interview with Vanity Fair on Saturday, Munn described feeling isolated after speaking out against Striegel. She noted how no one had reached out to her after she spoke with the Times. In fact, she pointed out, some unnamed co-stars have gone so far as to either cancel interviews with her or walk out of interviews when the topic of the scene came up.

“I kind of feel like I’m the one going to jail,” Munn told Vanity. “I didn’t go to jail, I didn’t put this guy on our set. I had this scene deleted. Thank God, honestly, that there is social media. It’s the fans and news outlets that’s confirming it to me that what I did was the right thing. If I didn’t have that feedback, I’d kind of go a little crazy thinking, Why am I being treated like this? That’s not O.K., to feel like the bad guy.”

Not everyone has remained silent. On Thursday, actor Thomas Sadoki tweeted out his support of Munn. Co-star Sterling K. Brown took to Twitter on Sunday to lend his support as well to Munn in a series of tweets.

That’s gonna vary from individual to individual. You and @BonafideBlack may differ when it comes to that issue. I don’t have all the details regarding his friend’s crime, but I know it involves a minor, and he spent time in jail. With regards to forgiveness, I leave that to…

Our studio was not given that opportunity, and neither was our cast. Especially @oliviamunn who was the only member of the principal cast who had to work with him. I so appreciate that you “didn’t leave well enough alone,” & again, I’m sorry you feel isolated in taking action.

Thank you to @20thcenturyfox for taking quick action in deleting the scene. @oliviamunn I hope you don’t feel quite so alone. You did the right thing. ?

In a statement to The Hollywood Reporter regarding an interview with Munn and THR, co-star Keegan-Michael Key’s rep said, “His last interview was scheduled after lunch, which he completed. He was always departing TIFF early so he could be home to spend the Jewish holiday with his wife. Furthermore, Keegan reached out to Olivia privately last week to let her know how proud he was of her and echoed that sentiment in many interviews since then.”

The New She-Ra Trailer Really Leans Into ‘Chosen One’ Plotline