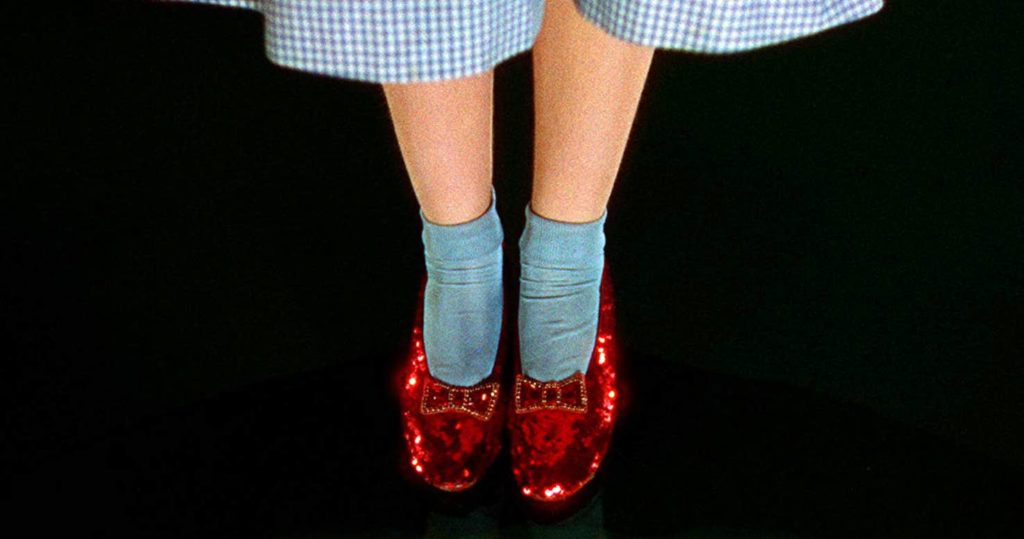 CBR reports that thirteen years after the iconic ruby slippers from The Wizard of Oz were stolen from the Judy Garland Museum, with only a red sequin left behind, they’ve been recovered by the FBI.

One of four known pairs worn by Garland in the 1939 film, the slippers vanished on Aug. 28, 2005, from the museum, located in the actress’ hometown of Grand Rapids, Minnesota,. But, as CNN recounts, rumors have circulated among fans and collectors since then about the whereabouts of the highly desirable shoes, valued at between $2 million and $3 million.

A $1 million reward was eventually offered, generating dozens of leads, but none of them led to the stolen items. However, the FBI announced this morning that the ruby slippers have been located, with details expected to be offered this afternoon.

Purchased in 1970 for $2,000 by collector Michael Shaw, the slippers were on loan to the Judy Garland Museum for its annual Wizard of Oz festival at the time of their theft in 2005. Shaw had rejected an offer by the museum to store in the shoes in a vault each night for fear of the delicate items being handled too much. When staff returned to the museum on the morning of Aug. 29, 2005, they discovered the plexiglass display case smashed, and the ruby slippers gone.

With an absence of clues — there were no finger prints or security-camera footage — theories soon filled the void: it was an inside job; Shaw gave the museum a fake pair as part of a scheme to collect insurance money; local teens stole the shoes as a prank, and then threw them away after they became spooked. The museum and Shaw vehemently denied the first two, and a dive team in 2015 could find no evidence of the slippers at the bottom of near Tioga Mine Pit Lake, which one theory suggested was their final resting place.