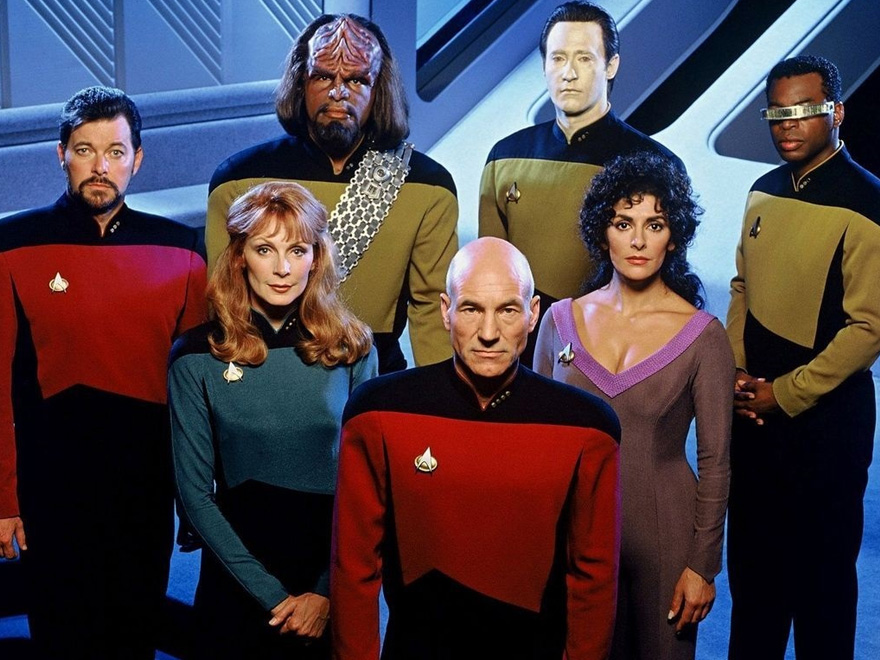 ‘Star Trek: The Next Generation’ Cast Reunites For Dinner

The cast of Star Trek: The Next Generation got together for a friendly dinner reunion and shared a photo for fans to enjoy.

The gang’s all here. Well most of them anyway. #friendship #TNG pic.twitter.com/We8rwljHJ5

As Sirtis says in her tweet, the gang is (almost) all there. The gang includes LeVar Burton (Geordi LaForge), Gates McFadden (Beverly Crusher), Patrick Stewart (Jean-Luc Picard), Sirtis (Deanna Troi), Brent Spiner (Data), and Michael Dorn (Worf). Jonathan Frakes (who played William Raker) is missing from the shot, but hopefully it was work/distance/obligation that kept him away and not a lack of interest! Comicbook.com speculates that it might be because of his work directing an episode of Star Trek: Discovery, his second episode in the show’s second season.

Stewart will soon be returning to work on Star Trek himself as he reprises his role as Picard for a brand new series on CBS All Access.

“I was startled, stunned, and utterly disbelieving because never for one moment had I imagined this succession of audition at Paramount would ever lead to anything at all, and here, now, I was,” Stewart said when he announced his return at Star Trek Las Vegas. “What I didn’t’ know either was I was on the very, very brink, the edge of something that would touch every corner of my life. Every single corner. Of course career, emotional, domestic, home, everything was going to be affected by it.

“Seven years later, in ‘All Good Things,’ we wrapped our television series after 178 episodes,” Stewart continued. “I was always so proud of what we did. We worked very hard. We worked long hours, as people on television series do, but we were working to do the best possible show that we could. Every single member of the cast, the production team, of the front of house, of the studio, was supporting us in this labor of love.”

And the love is clear and very real. Here’s hoping Nerdbot gets invited to the next Star Trek dinner party!

We make a lovely cheese board.

4 Reasons ‘Phantom of the Park’ Was The KISS of Death