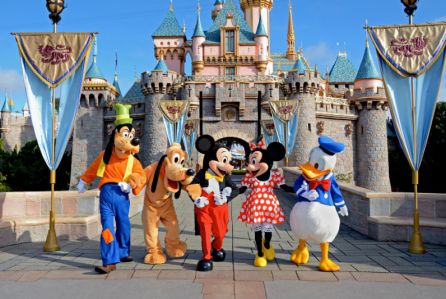 The happiest place on earth will get a little happier for a lot of people starting next summer, as Disneyland has decided to sell liquor at the theme park for the first time in its history.

According to a report from Deadline, the theme park already offers alcohol in its adjacent California Adventure park (and in its exclusive private Club 33 at Disneyland itself), the public liquor sales mark a first in the park’s 63-year history. The initial rollout of liquor sales will take place at the Star Wars: Galaxy’s Edge attraction in the Oga’s Cantina that’s part of the complex, scheduled to open next year. The menu will offer beer, wine and outer space theme cocktails.

The decision to sell alcohol breaks with founder Walt Disney’s longstanding opposition to the practice, which he felt would diminish the family experience he was trying to create.

Drinks can only be consumed inside the cantina.

“Star Wars: Galaxy’s Edge will be a completely immersive true-to-story experience,” said park spokeswoman Liz Jaeger, speaking to the Orange County Register. “Given our commitment to offering fans an immersive cantina experience, we felt this was an opportunity to offer alcohol and non-alcohol based beverages in the context of the story.”

More menu specifics will be revealed as they are developed, Jaeger added.