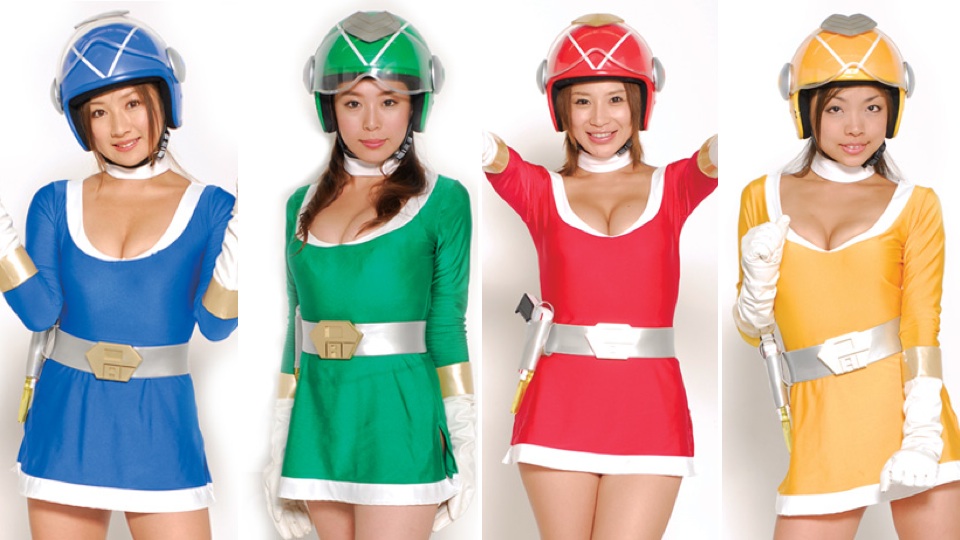 I’ve had Power Rangers on the brain an awful lot. Sure, it might be because the franchise is a lot of fun! But it could also be because I’m a Megazord collector who will take any opportunity to go toy shopping. And with the show newly in the hands of Hasbro (while keeping Master Yoda himself Haim Saban in a consulting role), it makes for curious conversations about the upcoming treatment of the Super Sentai series we’ve all come to love.

Series aside, I’m still blown away that Hasbro wants to make more movies. From the characterization of the “attitude ridden teenagers”, to the lack of action/fighting/Megazord, the iron-man space costumes and taking the whole “Goldar” thing a little too literally in the Gold direction, the movie was the prime example of what not to do with the Power Rangers franchise. And to top it off, the toys, in my opinion, are unappealing.

So, what would I do in a perfect world? If the movie was exactly what not to be, what sort of Power Rangers fantasy world would be executed in order to make this Nerdbot writer happy? Well, thank you for asking. Here is my Manifesto of Power Rangers (with me at the helm).

There was a point in time where I would have gone on a tangent about how Power Rangers should be more romantically focused. Like remember when we weren’t all old creeps and we saw Kimberly, the Mighty Morphin’ pink ranger for the first time? Or when we tried to have a crush on Jason and he just wouldn’t cut it, so when we saw Obi-Wan of the Power Rangers world Tommy for the first time we got all tingly? 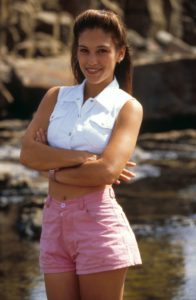 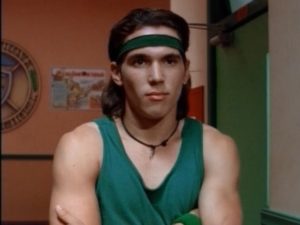 Or even Skull, who I wished would bully me? Gorgeous Trini, swaggering cool Zack, and even adorkable Billy. Don’t get me started on Yuuta Mochizuki, the original Red Zyu Ranger (the original season that MMPR was based off). Fans of the early Sailor Moon stage musicals might recognize him as Tuxedo Mask as well.

Cumulatively, this was an attractive cast of characters! But what would it be like if they took it a step further and made the entire cast simply eye candy?

Well, there’s that whole “kids’ show” thing, so we can’t have the hot actors conversation without coming across like a bunch of weirdos, so we’ll put that on the back burner for a second. Besides, Japan already ruined the “sexy rangers” premise with the 2011 Sexy Rangers film. What could have been an excellent opportunity for something ranging from titillation to full-blown fetish, Sexy Rangers was embarrassingly cheap, poorly acted, with nearly zero fighting action. There was seriously nothing here, not even quick and easy tingles.

Boobs don’t even save this movieBearing that in mind, we’ll back away from creeping on the actors and focus on the real point of the show: less story, more action. I think unanimously the problem with many of the Power Rangers seasons is their attempt to shoehorn in a story about a cast of characters that are really just vehicles for the action. It’s an ensemble show where each character represents a single mental or elemental trait and that’s the purpose they serve to the big picture of the show.

More specifically, they function to pilot a zord that will ultimately form into the Megazord. That’s the reason we’re all at the party, right?

All we need is this: Teenagers talk for a minute. Cut to evil baddie in a Gwar-style suit costume going off about their Plan of the Day. (The biggest mistake was when show runners used live-action actors as the villains and the cheese levels were Euro-Pop levels of embarrassing). 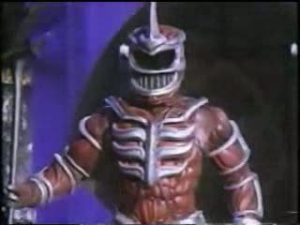 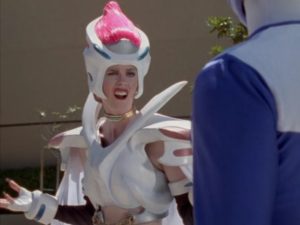 Lord Zedd, good. Nadira, bad. Flash back to teenagers grinning and being normal. 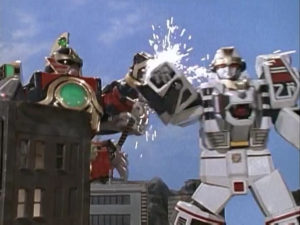 Wrap up episode in a cheesy comedic way.

See how easy that is? It’s cake, and you only need 30% original footage to pull it off.

What I’m trying to say is just give me the robots. Hasbro, if you’re out there, please…give us more toys that aren’t figurines and weapon items. Give us so many robots that I’m literally selling body parts to keep up with the majesty. If you make those movies, give us action so cool it rivals the show. Understand those damn teenagers and their roles and don’t force the viewer to connect with them. If we do, great. But otherwise, keep them the pilots. The wielder of the magic. The wearer of the suit and helmet.

And keep the budget for the zords.

I know I will.