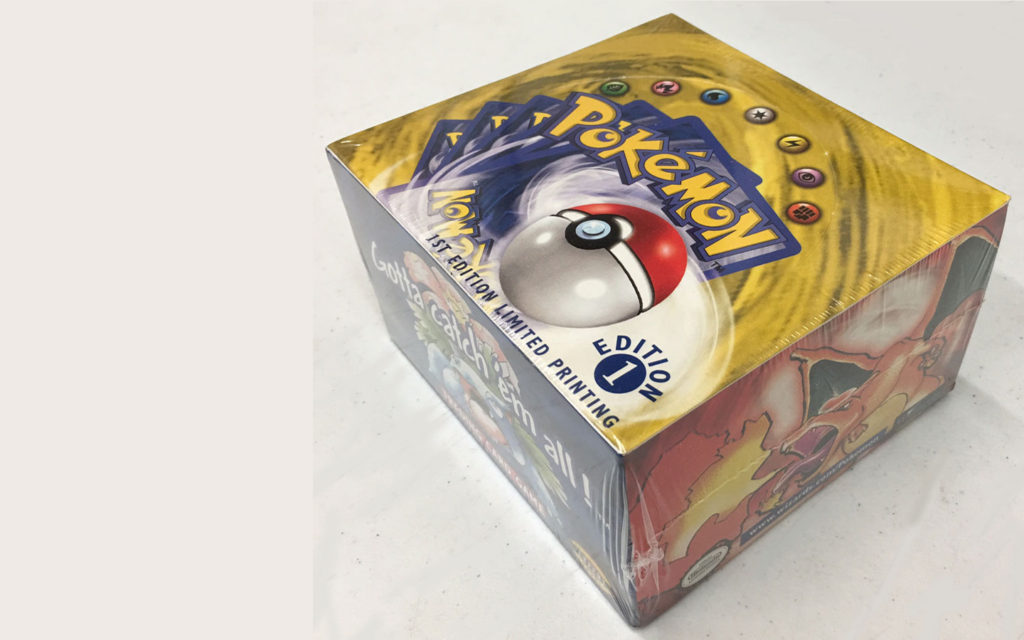 It’s a sellers market in the land of Pokémon collecting. If you have anything set aside in the attic you could be sitting on a fortune. 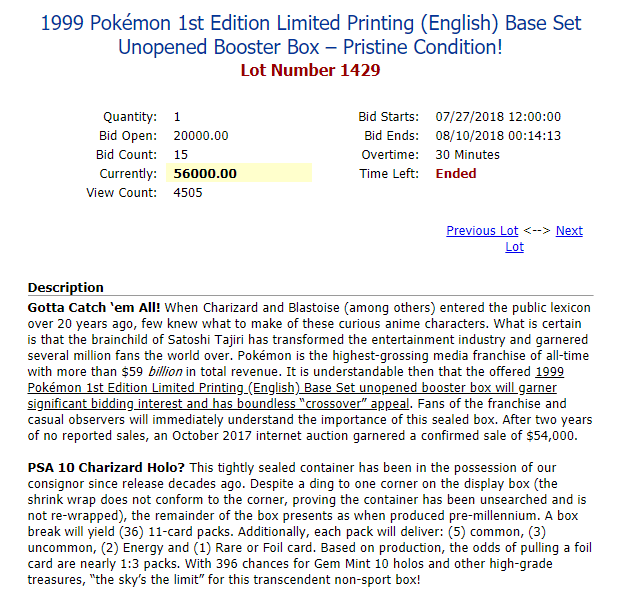 “It is understandable then that the offered 1999 Pokémon 1st Edition Limited Printing (English) Base Set unopened booster box will garner significant bidding interest and has boundless “crossover” appeal. Fans of the franchise and casual observers will immediately understand the importance of this sealed box. After two years of no reported sales, an October 2017 internet auction garnered a confirmed sale of $54,000,” Huggins & Scott Auctions wrote about the lot.

“This tightly sealed container has been in the possession of our consignor since release decades ago. Despite a ding to one corner on the display box (the shrink wrap does not conform to the corner, proving the container has been unsearched and is not re-wrapped), the remainder of the box presents as when produced pre-millennium.”

Last Year on Ebay we saw the same set go for $54,200. The total of bids went up to 82 in which must have been a crazy bidding war. If what we are seeing stays consistent it seems that people are looking to buy and are willing to drop some major cash.

Just check out this current listing with a bid of already $32,000.

In May 2014 a rare Pikachu Illustrator card went for around $90,000. Other cards such as first edition Charizard Holographic(no shadow) and pre release Raichu that go for crazy amounts as well.

It may be time to dig through your collection and part with some of these “investment cards”. If you ever get nostalgic there are always pictures of them on the internet you can look at, so maybe it’s time to make a little money.

Do you have any cards that could make you a small fortune? Would you ever sell them? Tell Nerdbot in the comments and get the conversation going!