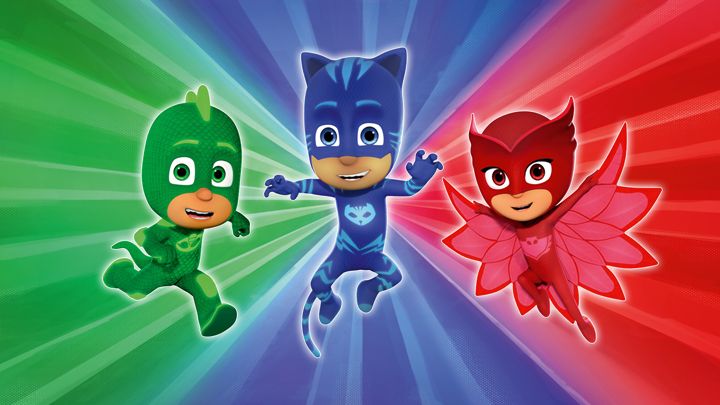 Fan Theory: The PJ Masks Are Part of a Secret Science Experiment

PJ Masks: or as I’d like to call it “My First Superhero Show”. At first glance, PJ Masks is a delightfully simple premise. A set of three friends, all about six-years-old, discover a “crime” happening somewhere in their town. The show is painfully formulaic and exists on just about the world’s tightest budget, so “trouble” only occurs in one of four settings. The friends, Amaya, Conner, and Greg transform (always at night) into The PJ Masks, a trio of superheroes who are on their way into the night to save the day. While transformed into Owlette, Gecko, and Catboy, they “battle” one of three repeating meddling nighttime villains (who are also children). The night is saved and the PJ Masks resume their regular civilian lives in the morning.

Seems like a simple enough premise. I mean, it has to be to keep those transfixed babies watching it. But there are some underlying issues in this universe that point in a clear and dangerous direction. That being that the PJ Masks…

…are a Truman Show style science experiment where the effectiveness of their superpowers is constantly being monitored.

Yes. Digest it for a moment.

What are the odds of all these things happening so perfectly like that?

Next in line for our proofs: these kids have no parents. In fact, there are no adults in this show at all. And the adults that do slip into that background? They’re there on the “playing field” to make sure there are no malfunctions in our Truman Show style universe. Sometimes there are other kids wandering around the “sets” but often, these three characters are all alone.

Now, onto the “danger”. Have you ever wondered why the “crimes” in this show are so asinine? No, it’s not because the show is keeping it safe because the average viewer is like, three. Stop changing the subject, you realist. No! The reason the danger is so stupid (such as erasers that go missing so teachers can’t erase the chalkboard and therefore kids won’t have to learn in school, etc.) is because the villains are sent down by the “watchers” to test the efficiency of the superpowers!

If the PJ Masks were in true danger, they could get severely injured or die. That’s not what “The Watchers” are aiming for here. All they want to do is create a little bit of chaos. So, look at it like this. “The Watchers” create a new technology or power for one of the Masks. They program it into whatever code is activated when the kid calls for said power. The respective PJ Mask now needs to use that power to “attack”. So, whenever a new power is generated for the superhero, “The Watchers” send down one of three villains: Romeo, Luna Girl, or Night Ninja.

Clearly, these three villains are on the other end of the spectrum for “The Watchers”. They’re part of the same project. It’s all a big game of cause and effect. And because the villains have no civilian form in this tiny town that’s like, smaller than the Warner Bros. studio lot, you know they’re being placed down to start some trouble nightly.

Which leads me to my final proof; nightly. These kids don’t sleep.

Every single night, they transform “into the night to save the day.” No one stops them because they don’t have any parents. And they don’t realize they don’t have parents because grown-ups barely exist. If we want to take this fan theory to an even crazier place and accuse them of being cyborgs, we can go there and state that it’s not in their programming to remember they have parents. And that’s why they don’t need to sleep. But we’ll take the crazy only half force today and keep them human until it suits our narrative otherwise. But the question remains…