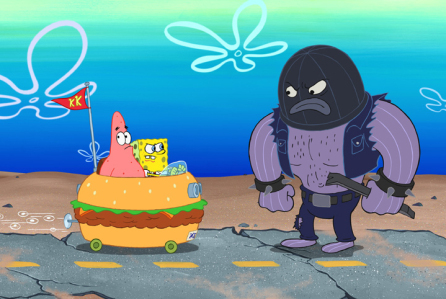 Paramount to Move The SpongeBob Movie Up in 2020

According to Deadline.com Paramount is moving up The SpongeBob Movie which be titled The SpongeBob Movie: It’s a Wonderful Sponge to July 17th, 2020. The Movie is expected to be two weekends earlier. The reason they wanted move the movie way from Disney Marvel which be released July 31st. The movie which is untitled at the moment. The another reason is because they know that Fox’s Bob’s Burgers which will be released on July 17th. They rather go up against Bob’s Burgers than Disney Marvel.

The first two SpongeBob movies netted $465 million in the Global Box Office. They are hoping third one will have the same success as first two movies. The first one came out in 2004 and the second one came out in 2015. The first movie was intended to be the series finale, however Nickelodeon demanded that more episodes be written. The reason Nickelodeon wanted more is because it became increasingly profitable, so Stephen Hillenburg resigned as the showrunner with Paul Tibbitt taking control after the first movie. The third movie will be directed by Tim Hill and written by Jonathan Aibel, Glenn Berger, and Michael Kvamme. The movie also featured the usually cast members Tom Kenny, Bill Fagerbakke, Clancy Brown, Rodger Bumpass and Mr. Lawrence.

Do you think Spongebob needs another movie? Did you see the first one? Are you still a fan twenty years later? Tell Nerdbot in the comments and get the conversation going!