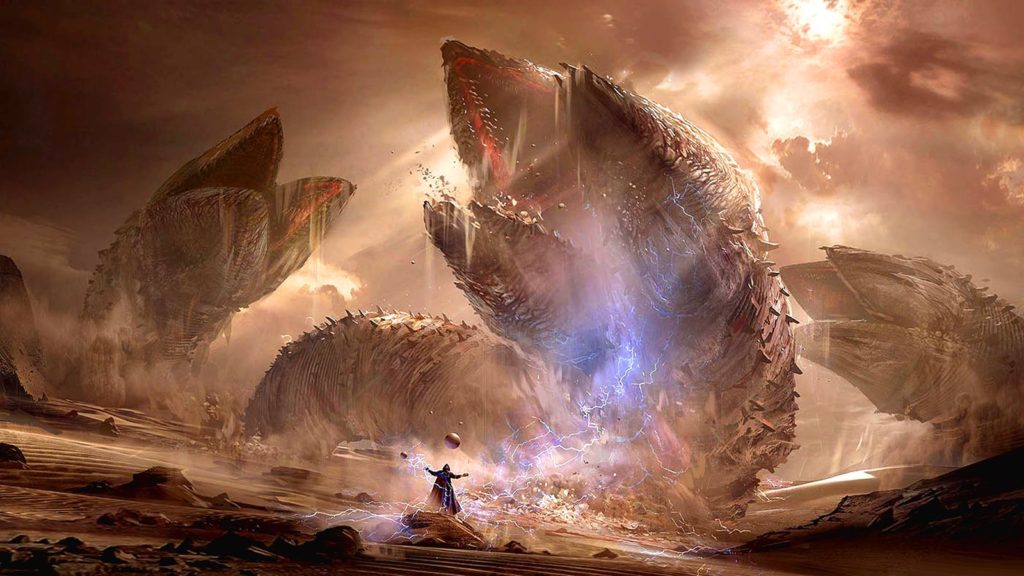 It doesn’t get much more classic sci-fi than Frank Herbert’s DUNE. The 1965 novel skyrocketed in popularity in the the 70s, selling millions of copies world wide, and won two of the most prestigious science fiction awards (the Nebula and Hugo). We owe it to Dune for the single most distinctive sci-fi fantasy that is Star Wars; as everything from names to plot points *cough* copy *cough*… I mean, were inspired by the novel Dune.

While a Dune movie did get released in 1984, David Lynch was so ashamed of the piece that he had his name removed from the credits. Although this version of the film has made many a sci-fi fans guilty pleasure list (or is that just me?), Dune fans have been waiting for another film to tackle the complexities that Dune holds within the pages of the novel.

Lucky us, Denis Villeneuve (Oscar nominee for Arrival, and director of the sequel to Blade Runner)  will be attempting to give us just that.

“I was able to do ‘Blade Runner’ thinking I would do nothing after, because there was a rhythm in the past few years that was very exciting and I learned a lot as a filmmaker. But I got slowly a bit more and more tired physically. And as I was doing ‘Blade Runner,’ which was a very long shoot, I remember thinking, ‘That might be my last movie. I’m going to bed for like three years.’ Now that I’m editing, I’m finding back my energy. And since I was 12 years old there was a book I read, which is ‘Dune,’ which is my favorite book, with ‘1984.’ After ‘Prisoners,’ the producer of Alcon asked me what I would like to do next. I said, ‘Dune,’ spontaneously, that if anyone could get me the rights for ‘Dune’ — and I knew it was very difficult to get those rights. For me it was just a dream, and I guess I’m lucky that Mary Parent from Legendary got the rights and offered it to me. I can’t say no to that. I have images that I am haunted by for 35 years. I will not say no to that. That’s going to be the project of my life.” -Denis Villeneuve

According to Omega Underground we can hope for production to start as early as February 2019. Although no casting announcements have been made, we should keep our eyes peeled for those name drops very soon.

Do you trust DUNE in the hands of Denis Villeneuve? Who would you cast? Tell Nerdbot about it in the comments and get the conversation started!