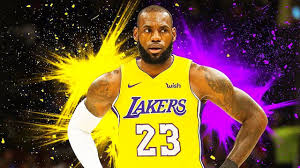 The King Has Arrived

The internet has been broken. One of the biggest news stories to hit the sports world, has happened. Lebron James, one of the greatest of all time, has signed to the prestigious Los Angeles Lakers. 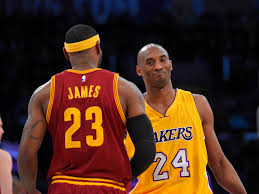 Many have speculated, since the end of the 2017-2018 season, that James would leave the Cleveland Cavaliers. As of July 1, 2018 he is officially a Laker. He signed a 4 year, 153.3 million dollar deal. The announcement was made through his agency, Klutch Sports Group, which announced the deal as $154 million.

James leaves his hometown team as a free agent for the second time in his career. Four years ago, James had stated his intention to finish his career with the Cavilers.  Whether the four-time MVP and 14-time All-Star does that or not, he certainly left his mark on his city. It’s up for debate why he made this decision, but many can argue that he’s driven to win more championship rings to further cement his spot in the NBA hall-of-fame.

James has been a controversial player over the years, some saying a “cry-baby” or that he bounces from team to team. I argue that he’s a winner, he always has been. In team based sports, it’s who is around you, you can be the best at the game but these high level players still need support. For example, Michael Jordan, had Scottie Pippen, BJ Armstrong, Dennis Rodman, and Steve Kerr as support to name a few. Kobe Bryant, one of the greatest to ever play, had hall-of-famer, Shaquille O’Neal to help him win championships. 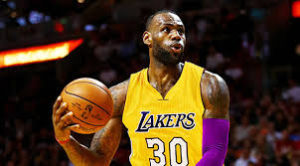 Opinion Time: Basketball has been a major part of my passions. I grew up with the Chicago Bulls. I grew up with the double 3-peat of who is arguably the greatest player of all time (GOAT) Michael Jordan. I was in high school when Kobe Bryant made his rookie debut and changed the way we played basketball. I watched Lebron James in high school games being the most dominating player, ever. If you want to jump on the hate train, go ahead, I’m more realistic with facts.

Those are just SOME of the accomplishments he has achieved…and what’s even scarier is that if he were to do what Barry Bonds and Deion Sanders did and switch sports, he would dominate!!! Joe Rogan was quoted as saying “He’s built like a monster, 6ft 8in, 250lbs of athletic prowess. He would dominate the UFC.” At this point in his career, he has the ability to join the NFL, MLB, and the UFC. How amazing is this one-in-a-lifetime athlete, Lebron James?

What are your thoughts on Lebron James? Do you think it’s a good move to sign with the LA Lakers? Do you hate or love Lebron? Sound off in the comments! Lets talk about it!