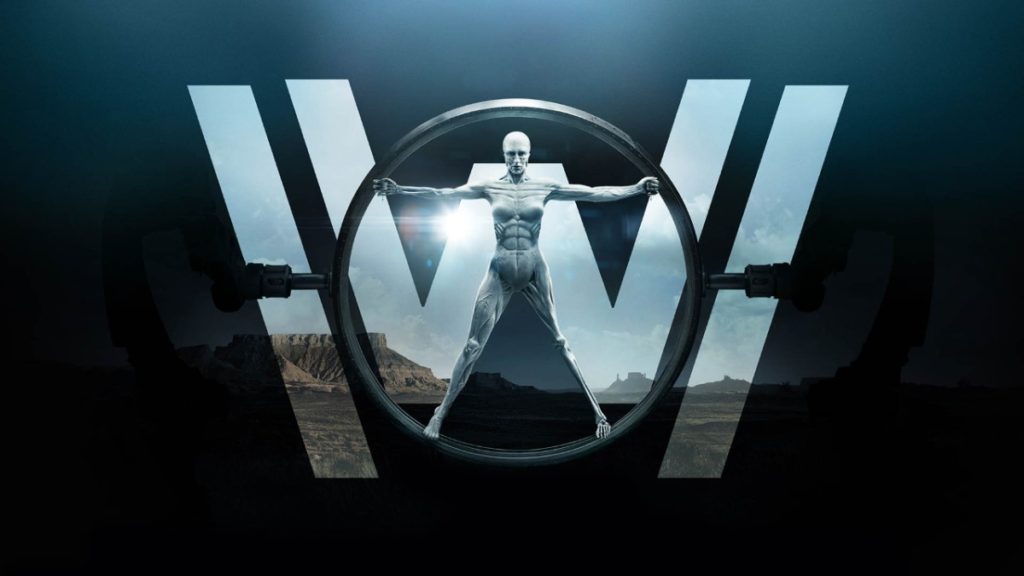 Man, it’s been an iffy season for Westworld. We’re sliding towards the home plate, let’s talk about some of the crazy shenanigans in a show about robots that will have sex with you. As the season finale looms, join me in a discussion of the good, the bad, and the ugly of Westworld Season 2.

What the Hell Was Up with That Detour to Shogun-land? 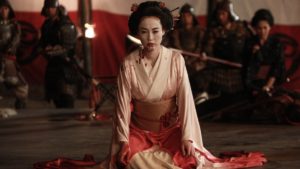 Other than possibly setting up a spin-off series, like Game of Thrones has announced, I don’t understand the quick trip to feudal Japan. Sure, aesthetically it was cool enough, but on that logic me showing up to the office with professionally done zombie make-up would be aesthetically cool. It wouldn’t make much sense, but it would certainly look rad. It didn’t really help Maeve find her daughter and while it did prove that the Delos compound is even larger than we previously thought, it brought up a troubling conundrum. If the park is that big, so big that you could walk for days, maybe even weeks, without reaching the end, why is the government not keeping an eye on it?? The government steps in when Taco Bell plays fast and loose with what’s in their Doritos Locos Tacos, why are they not checking in with a company that owns a piece of property the size of New Jersey, filled with armed A.I.? Is there no health inspector onsite to check the quality of Mama Sue’s Brown Stew and Beans Café who might email his supervisor that a bloody revolt is going on? Speaking of which…

Why is No One Missing the Hostages?

We’ve all suddenly come to the realization that our phone is working just fine, it’s just that no one has called us in a week. It happens. You think to yourself indignantly, “I could be dead! I could be trapped under all of these National Geographic magazines I’ve been hoarding and waiting for my cats to eat me!”. I’ve been there buddy. Most of us however, are not incredibly important people with the hundreds of thousands of dollars to fritter away on some serious LARPing. In those circles I assume not showing up to your billionaire’s club social/goat sacrifice raises a few eyebrows.

If a Kardashian didn’t show up to the MTV GIF Awards, it would be all over TMZ. Just imagine if Bill Gates, Oprah, Steven Spielberg and Tom Hanks simultaneously vanished. We wouldn’t collectively shrug and say “Meh, they’ll turn up. I’m sure this is in no way connected to the Real Life Jurassic Park Gala they attended.” They are the combined worth of all the money in the world. The entire planet would forget its differences and join forces to save them. Not just people. Cats and dogs would declare a truce and save Tom Hanks. He is that much of a treasure.

The jig is up, Westworld. We know that you’re playing with timelines and this knowledge is slightly irritating. Watching an episode often feels like you’re experiencing early onset dementia or recovering from a three day music festival. You just don’t know what is real anymore.  A refreshing change of pace came with the episode that focused on Akecheta from the Ghost Nation. Told primarily through subtitles, it was a quieter, more linear episode than some of the previous episodes that slam back and forth between Dolores’ bloody revolution and Maeve’s circuitous quest to find her daughter. And we actually find her daughter in this one. Its tone is gentler, Akecheta slowly gaining consciousness, most touchingly when he goes to his wife and find that she is a different person –and he’s the only one that noticed it. If I went to wake my darling husband only to find that he was Ryan Gosling I’d be heartbroken. I mean it.

Ah, poor James Marsden. Always the bridesmaid, never the bride. Marsden has made a career of playing luckless starter boyfriends, only to be discarded when some brooding badass steps in. Something about his face just screams, “Your parents will love me.”

Dolores decided to take matters into her own hands and “fix” his white hat qualities. Teddy always had a bit of an “aw, shucks” savior mentality and it didn’t work well for her brand new Lannister ethics. In one of the more devastating scenes, she reprograms him to lack empathy, to better become muscle in her gang. It doesn’t stick though, Teddy can’t stand what he’s become. Although surely written months ago, this mirrors the current discussion regarding emotional abuse and its effects. Dolores claims to love Teddy and he loves her back, nearly unconditionally. She wants to control him though, and alters his personality and actions based on her whims. Now, people can’t simply stick a flash drive in someone’s port and update their personality like it’s a Spotify playlist, but they can certainly groom and condition a victim of emotional abuse. Good morals and the need to protect Dolores is ingrained in the core of Teddy and her tweaks made him miserable. His suicide was shocking and hopefully a wake-up call to Dolores, who is becoming more and more ruthless. 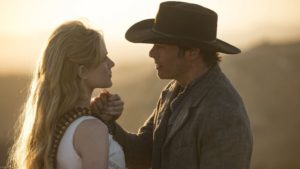 Control seems to be an ongoing theme this season. Just who is in control, and of whom? As I mentioned before, Delos doesn’t seem in control of anything, as they continue to work around dead bodies/robots as though they were errant files that needed to be put away when the intern gets back from lunch. Bernard is struggling against the control of Ford while trying to maintain his own moral compass (again, messing around with timelines, so we’re not sure what is past/present/future). Dolores’ control of Teddy drives him to take his own life and her possible control of Bernard is up for debate. Maeve and William are both obsessed with their separate side quests, to the level that I’m beginning to forgive my husband for not speaking to me in anything other than monosyllables since he got God of War. At least he didn’t accuse me of being Medusa and come at me with an axe. He did accuse me of being Hera and threw a Pringle at me.

She just doesn’t age does she? Or is she a robot? Stay tuned for the season finale where maybe we’ll figure out what the deal with this damn map is, who is a robot, who Ford really is, who Bernard really is, whether Maeve ever finds her daughter or whether she becomes god-like, the real point of Dolores’ coup, whether Teddy comes back and where I left my keys.