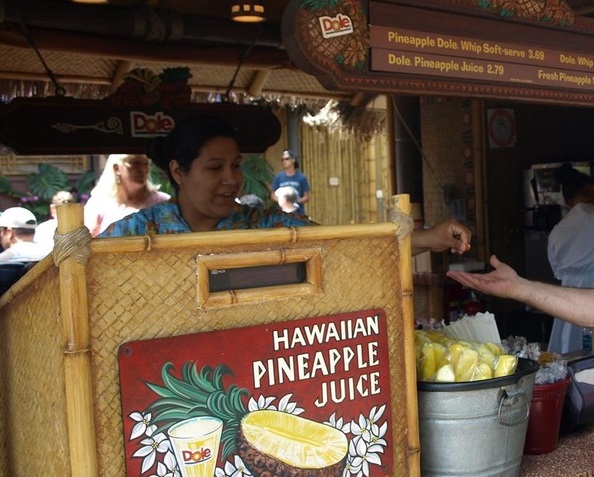 Welcome to 2018, where we have smart phones, rocketships and now, most importantly, pineapple flavored-doughnuts topped with toasted meringue at Disneyland.

Disneyland’s Tiki Bar opened in 1968, but didn’t start serving Dole Company products until around 1976. At the beginning, they only sold the juice and pineapples themselves. Then, in 1986, a miracle happened. The Dole Whip was born.

This popular treat has become a staple to the Walt Disney Parks and Resort brand. After thirty-two beautiful years of enjoying the pineapple flavored soft-serve, with the option of having it lovely placed atop a plastic chalice (read: cup) of pineapple juice, Disney has finally answered all of our prayers. They’ve introduced a new pineapple and marshmallow flavored doughnut.

They do not formally call it a “dolewhip doughnut”, but we all know it’s what they meant. It is sold at the “Donut Cart”, which is located to the left of the Sleeping Beauty Castle. They only make a limited amount a day though, so if you’re headed to Disneyland make sure to plan out just how high a priority it is to enjoy Disney’s newest nod to the ambrosia that is Dole Whip.

Have you tried the Dole Whip Donut? Let Nerdbot know in the comments!