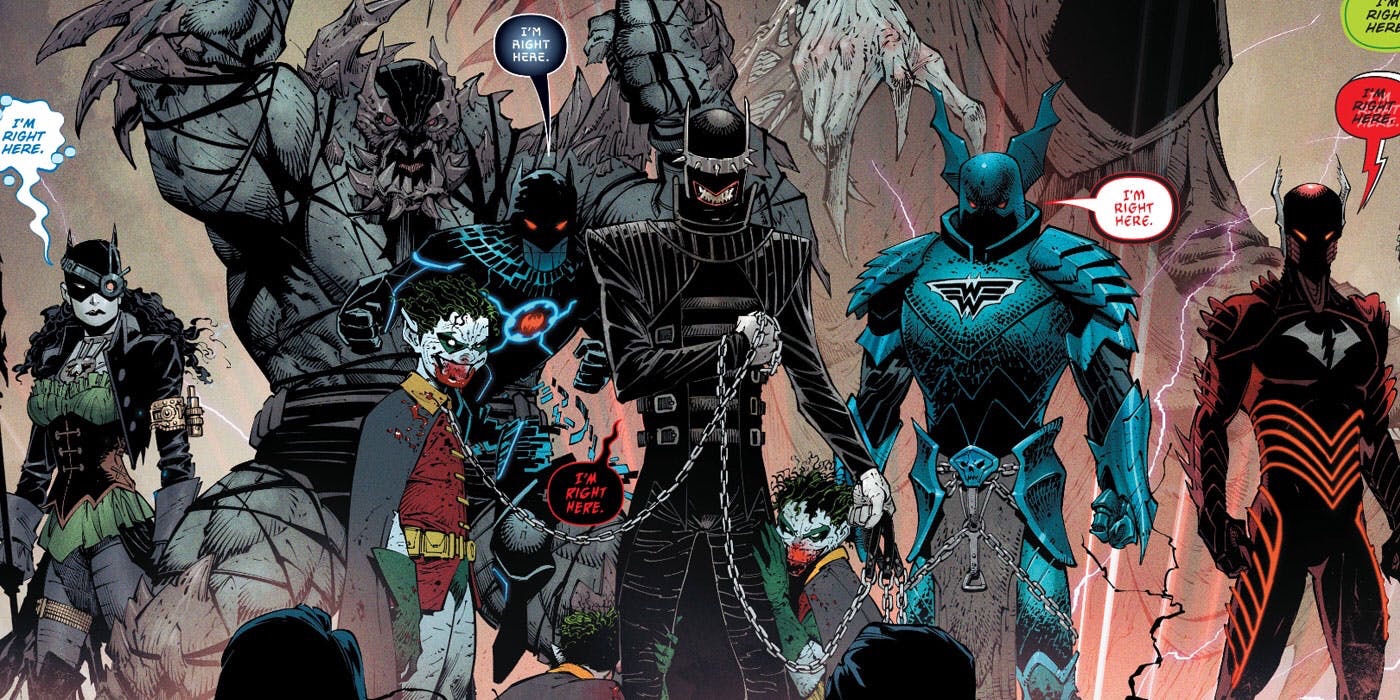 DC (Sort Of) Dominates In March

The headline “DC Dominates In March” when it comes to to movies may never happen but with comic books they are crushing it!

Recent figures supplied by the folks over at Comic Book Resources has given us the one medium where DC sort of has an advantage over Marvel, comic book sales. The words “sort of” is what’s important to keep in mind here as we take a deeper dive into these statistics. For starters, the data comes from Diamond Comics Distributors who releases monthly figures based on their sales to direct market retailers. Outside vendors like newsstands, and book stores like Borders (R.I.P.) were not included but since most comic books are sold via direct market retailers, or comic book shops, the numbers Diamond provides allow us to get a good idea of which titles are the hottest.

So it’s broken down like this; specific issue sales and company sales. One list keeps track of Batman, Spider-Man, and Wonder Woman individually while the other records the numbers for Marvel or DC as a whole. If you were to look at company sales… Marvel has the largest share of the market with 38.38% and DC holding 35.10%. Their larger piece of the pie equates to higher sales, but when you go a little farther and look at the sales of individual series, DC is by far the front runner placing in both first and second for the month of March.

Coming in at #2, Doomsday Clock Issue #4. Honestly that’s not much of a surprise. At 149,581 copies sold, the run has been incredibly popular amongst fans and critics. You can follow Nerdbot’s continuing coverage of DC’s Watchmen Rebirth too, we’ll be there to the very end. At #1, here’s where it’s get interesting, is DC’s Dark Nights: Metal Issue #6. Now, some of you out there might love the hell out of this series. Some of you might not know what the hell it is. Some people might see a S&M version of Batman and be like “WTF??” I understand where you’re coming from. However when you’re moving 187,583 units a month, it’s basically as assured as a New Year’s Day hangover that Dark Nights: Metal will be around for the foreseeable future. Marvel’s Amazing Spider-Man ranks #3 with an impressive 128,189 copies sold. Their highest placer on the chart.

You can check out the full list from Diamond here.

Unfortunately with the success of Doomsday Clock and Dark Nights: Metal, comic sales still dropped 557,096 units from March of 2017. Which is nuts because comic book culture is at its all time high. Black Panther passed Titanic on the highest grossing films in the US list and Avengers Infinity War I’m sure will top that.

I really hope the movies don’t make their own source material obsolete.

What have you been reading lately? Let Nerdbot know in the comments!!