Since the announcement of Tom Hardy’s stand alone Venom flick, Marvel fans have been pondering the possible inclusion of additional characters either to side or sit opposite of our favorite symbiote. 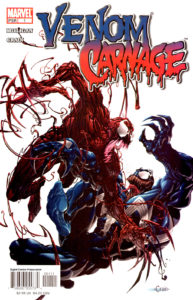 Today via Bleeding Cool we got our answer:

While we wait for additional details, we can only imagine what this series has in-store for us. For long time Spider-Man fans, the idea of seeing a legitimate cinematic take on Venom took a dwindling turn when Sam Raimi cast Topher Grace in Spider-Man 3, and openly admitted to under-handing the attempt to please studio executives.

Even more alluring, are the possible extensions of the Venom and Carnage universe, mainly the inclusion of the entire family of Carnage. There is definitely a lot for the studio to work with. We can only hope for the best!

Are you excited to see Woody cast as Carnage? Let Nerdbot know in the comments!