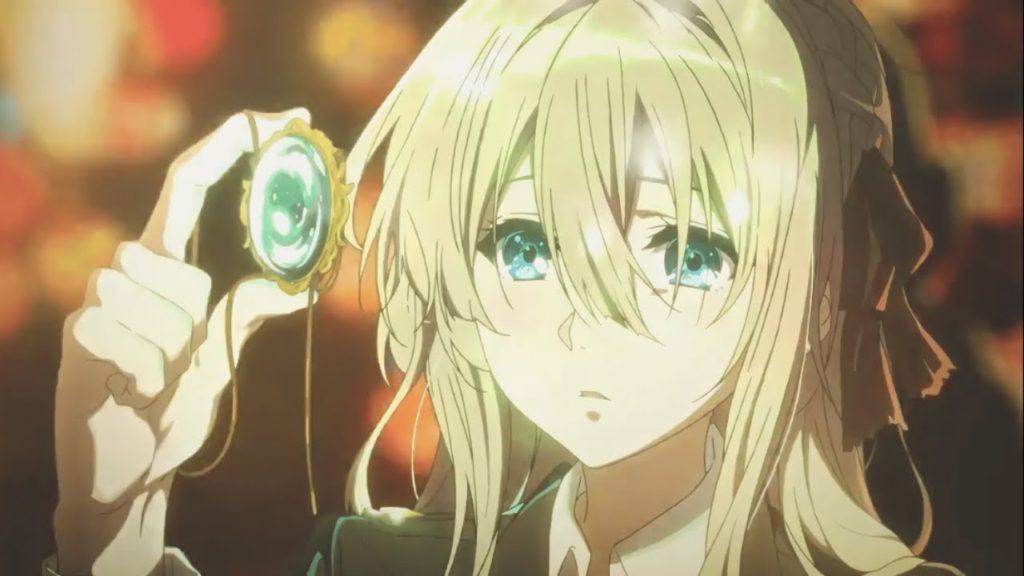 Are you settling into the quietness of late winter-early spring and don’t know what to watch? We’ve all been there. In fact, I am currently there. Right now.

Despite being the award winning, critically acclaimed, super hot, (just kidding on two out of three) co-host of Anime Weekly I have not yet even begin any series released in 2018 yet, mostly because I was trying to keep up with everything that was released in 2017. 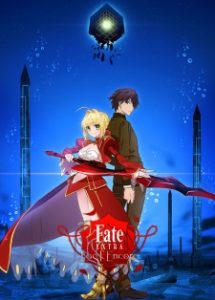 UMU! This is a tale about a man who wakes up with no recollection of his past, but is soon joined by a sexy, energetic servant who will fight with him in the Grail War.

This is at the top of my list because I’m so excited for the next few years of obscure Fate Stay/Night and Fate Grand Order characters getting anime adaptations of their stories. Saber Nero is my favorite Saber face so I’ve been waiting for her moment in the sun (as predicted by Carnival Phantasm). The art looks beautiful and I’m excited to see how the story will play out. 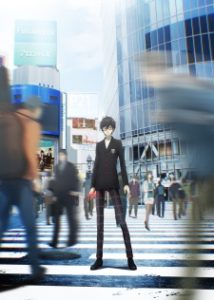 Persona 5, everyone’s favorite aesthetic continuation of the Persona series, is coming out with it’s own anime. Other than being able to see my best boy with his own personality, instead of me just controlling him and making him say nice things to Haru, I’m hopeful for this adaption.

The hype train for Persona games hasn’t really stopped in about a decade, so I’m excited to see if this adaption can build a fanbase with the anime as a stand alone. This anime is about a boy who is sent on probation to Tokyo for a year, and is granted the unusual opportunity to fight with Personas, along with new friends he meets along the way.

If anything, I’m excited to watch these anime just for the art style and the music. The overall tone of this series is really cool and enjoyable. If you’re a fan of Persona 3 and Persona 4, you will not be disappointed. (Or maybe you will be. I don’t know your life. But I absolutely love it.) 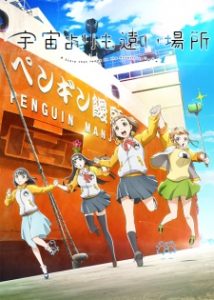 THE PLACE FURTHER THAN THE UNIVERSE IS ANTARCTICA. JUST WHEN YOU THOUGHT THE ORIGINAL CONCEPT WELL WAS DRY, SOMEONE WROTE A STORY ABOUT GIRLS WHO DREAM OF GOING TO ANTARCTICA, AND THEY ACTUALLY DID A REALLY GOOD JOB. A-N-T-A-R-C-T-I-C-A.

This was recommended to me because I enjoy cold weather, cute girls and weird plots. It’s also being co-produced by Crunchyroll, which is exciting if you’re also rooting for Crunchyroll’s world domination, as I am. The adorable storytelling and talented voice cast is a great indicator that this series will be well worth your time to watch. The art is really breathtaking as well, and what from I’ve seen so far, the humor in it is really clever.

The best things people are saying about this anime is how relatable and realistic it is (as realistic as it can be about a bunch of girls who barely know each other all planning a dream trip to Antarctica.) If you’re tired of the whole “bunch of cute girls become friends and have a psuedo moe moe yuri relationship with each other while dressing up like sexy penguin maids” trope, this is one anime I hear you’re going to be pleasantly surprised by.

You can watch this on Crunchyroll. 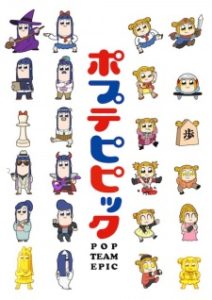 I have heard mixed reviews from respected sources about this anime, but it is universally agreed upon to be the meme dream team of the anime world. The plot is just memes. I can’t pass that up. If I don’t watch Pop Team Epic soon, I might as well block out the majority of my Facebook and Twitter timelines because I won’t understand the jokes. These two (the short and angry Popuko, and the tall and calm Pipimi) are an essential assett to 2018’s anime line up. 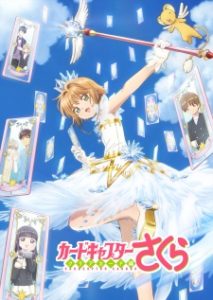 Good news to anyone who was six years old ever in their lives! Cardcaptor Sakura is back! (Or Cardcaptors, for casuals.) Sakura has gotten a little bit older, and her Clow Card journey is not over yet. This series is about a young girl who mistakenly gets swept up into the world of Clow Cards and becomes a Card Captor. She encounters an elaborate universe and overcomes seemingly impossible tasks with the help of her wonderful friends. If anything, I’m thrilled for this continuation because it means the world will get to experience another 20+ of the flowery, beautiful CLAMP aesthetic. Many others have praised the quality of this reboot. 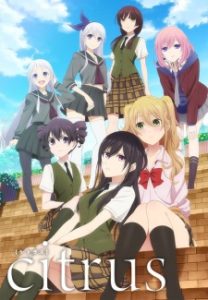 The plot of this anime can really just be summed up by the phrase “yuri” but I’d be happy to offer a few more words about it. This is a coming of age story about a girl who is aggressively confident in her heterosexuality until she has to move and enters an all girls high school and also an all girls household. This is the Days of Our Lives of shojo-ai anime. It’s incredibly dramatic, mildly inconsistent (why was it such a big deal that the main character to broke school rules on the first day but not on literally any other day of her entire life?) but also completely endearing. I want to watch it just because I’m rooting for those crazy kids to make it in this messed up world.

You can watch Citrus on Crunchyroll.

Darling in the Franxx 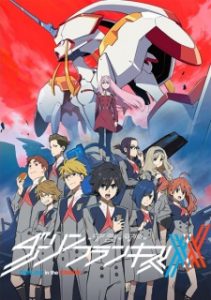 If you’re wondering what Anime people are going to choose when they reference 2018 as a whole, it’s this one. Darling in the Franxx completes everyone’s anime checklists. It’s got hot girls, a harem, an on-screen rejection, moody teenagers, fighting, robots, fanservice and from what I assume will probably be a very interesting plot. It’s about a post-apocalyptic future with a main character who is depressed and lost their way (same) who meets a confident, sexy woman (same) and they team up to fight giant beasts. If you ever needed Kim Kardashian’s recommendation to watch an anime, she claims to have dyed her hair with 02 as an inspiration.

You can watch this on Crunchyroll. 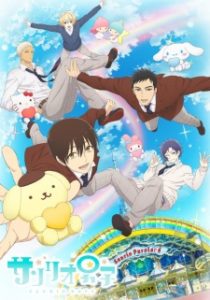 SANRIO. BOYS. These were my two favorite things in Jr. High. (Also Razr phones. @Aniplex give me an anime about THAT!) This series looks adorable. Some people groan at the thought of mixing two of the biggest money makers, adorable timeless cat mascots and cute boys, but I would like to give whoever conceptualized the idea of this together a Pulitzer Prize.

I’m in love with the plot as well, because it focuses on each boys love of their assigned Sanrio chracter and their journey to learn how to accept their passion for adorable animal mascots and not get embarassed in public about it. (Which, if there was ever an anime that 2005 me needed this is probably that.)

Speaking of favorite things of mine in Junior High, I’m thrilled to see Arina Tanemura’s work coming back strong. After a plentiful few years of female idol group anime being worshipped, the time of male idol worship is now upon us. I’m excited to see this series about male idols and chose a best boy almost immediately. You can watch it on Crunchyroll. 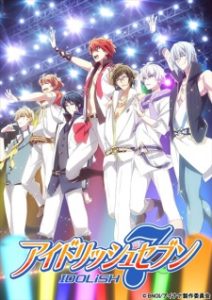 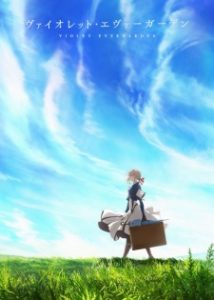 Other than being used in 4,000 Saber memes, I truthfully had no idea what Violet Evergarden would be about. The synopsis talks about it being about dolls that are created to perform tasks that range from writing novels to doing military tasks. It has been acclaimed for it’s beautiful artwork, cast and crew so I’m excited to see this unique story unfold in it’s own personal way. One this is for sure, if you’re looking for a tear jerker then you’ve found it. This series takes the reigns when it comes to emotional and heartful anime. 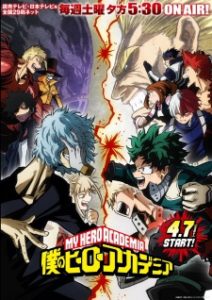 If you’ve been to an convention, any major streaming site, or even seen the color green in the past year then you probably know about My Hero Academia. What you might also know is that the 3rd season is coming out in April. I’ve read the manga, so I know what’s coming, and this next season is going to be the defining arc for the series. The first two seasons served as an introduction, both to the characters themselves and the universe they live in. The events that unfold in this next installment are very hard to turn away from, and difficult to forget. If you need an introduction yourself to the series, it’s about a boy who wants to be a hero  but was born without a superpower (or “quirk”) in a world where having a quirk is the norm.

You can watch the series on Funimation and Crunchyroll.

All of these new series look amazing, and I’m so excited to start watching them for the first time. If you guys are looking for something else to watch, tune into Anime Weekly at 9pm on Wednesdays! Also don’t forget to check out Anime Pasadena and keep following Nerdbot for more updates!