Are you going to see Ready Player One?

What’s crazy is that I really should be excited about this movie. Ready Player One has pretty much all the things it would normally take to get me to the theater; Steven Spielberg, elements of dystopian sci-fi, like every character you’ve ever read or watched, even sprinkle on a little curiosity, and it’s still not enough. 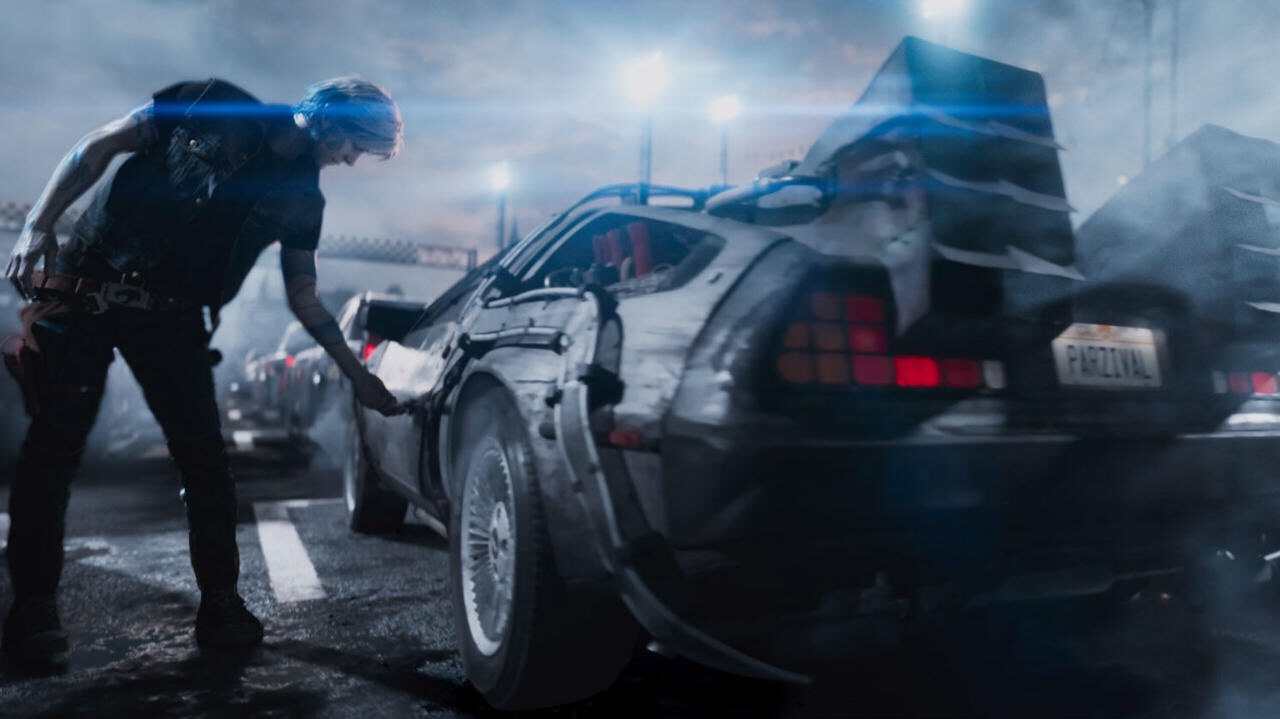 Have you ever been here before? Where you should be all about something, but you’re not. It happens to me all the time. Since we’re stuck in a slow news week, I felt I’d share my thoughts on Ready Player One with you.

It’s pretty obvious Hollywood has pumping the well of nostalgia hardcore over the last couple years. American Crime Story, Stranger Things, The Goldbergs, Red Oaks, to name a couple examples. Who doesn’t love feeling like a kid again? Except I’ve been getting so much it through the television when I came across my old high school football jersey, and nothing. Absolutely nothing.

We’ve got several networks, studios, and writers all trying to capture a perfect homage to our childhoods. When it’s good, it’s great. When it’s bad… you’ll know. 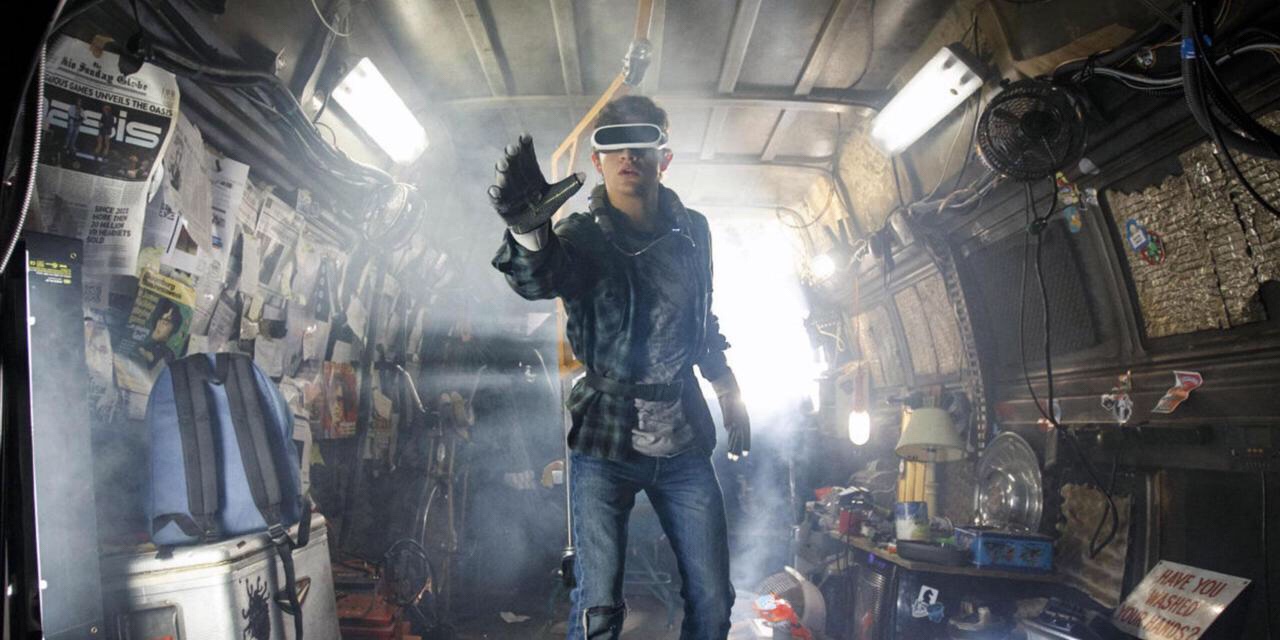 First, a necessary shout out to my dude Matthew Pagel, who through a rigorous discussion, helped me put my thoughts into a cohesive argument which is; Ready Player One cheapens the use of nostalgia on film. We’re supposed see something and feel it, not have it shoved down our throats at the expense of spectacle.

Where do we begin??

Of course… television. Stranger Things, The Goldbergs, and Red Oaks all take place in a specific period of time. Fortunately for this article’s sake, each one is set in the 1980’s where as we’ve learned, thanks to voice over in the Ready Player One trailer, is where all of our protagonist’s “heroes” are from. These shows use the setting to draw nostalgia organically. The audience sees relevant visual cues that hopefully pull the strings that prompt us to connect with an earlier point in our lives. Maybe it’s the stand up arcade games, or the old school Three Musketeers wrapper we saw when Dustin feeds Dart, or it’s the music, or maybe the vast amount of denim being rocked in school hallways thirty or so years ago. Whatever gets those nostalgic wheels turning. 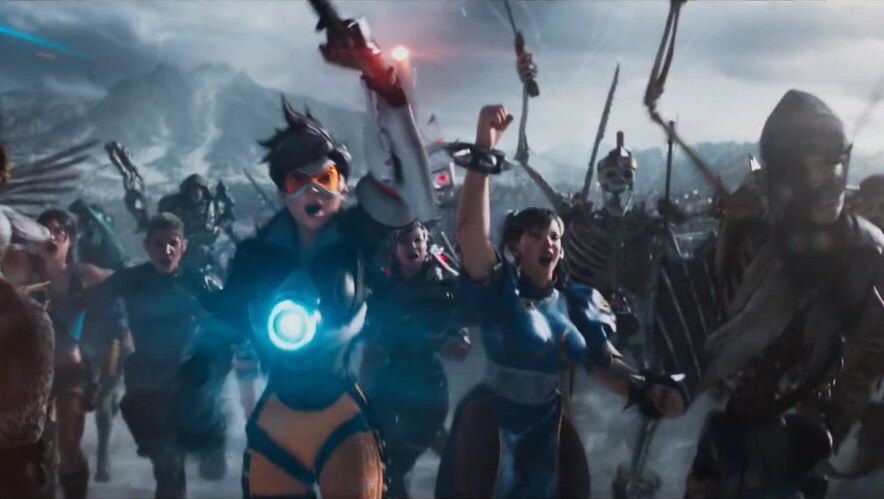 Notice how absolutely none of those has to do with what the show is actually about. I believe you could tell the exact same Stranger Things story set in 2004 and it would still work. Which is how you can tell if a piece of art is truly timeless. Red Oaks takes place in the 80’s, it doesn’t use nostalgia as a hook to get your attention. There’s no buffet of icons battling it out on a digital futuristic landscape. It’s just… in the 80’s. Sure the writers work in a line or two about Van Halen, but CGI David Lee Roth isn’t singing “Jump” at bar because the budget allowed for it.

Unfortunately the situation I just described seems to be Ready Player One’s game plan minus the CGI Diamond Dave. I know there’s a plot and everything but when you watch the preview, it’s easy to forget. With Ready Player One, nostalgia is the hook. You want to go to the theater to experience what was shown in the trailer. Who cares about the main character when Freddy Krueger and the Iron Giant are fighting Napoleon on a metal scorpion. It’s hard AF to make a connection in a sea of spectacle. Let’s be real, RPO is a giant festival of relics from our past. Can you imagine what the film would look like if there were no classic cinematic figures to rely on. Would we even have a movie? Hell no. Makes me question the quality of the story of it takes a dump truck worth of iconoclasm just to get your attention. I’m hoping to be wrong. 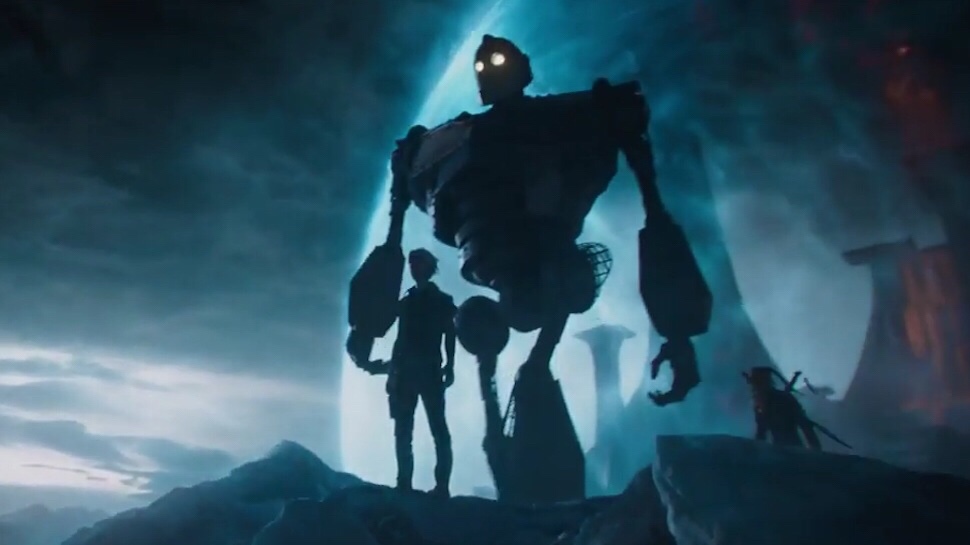 Here’s what I believe to be the inspiration for the book:

Ernest Cline (author): “Man… I really love the Back To The Future, the Iron Giant, Deadshot, Japanese Anime, Nightmare On Elm Street, and French Military History… I wish they could all be in one book.

Had to be exactly how it happened.

As we all know, the entertainment industry loves to capitalize on whatever is hot at the moment. Nothing is hotter right now than nostalgia but that flame can burn out faster than the Flash. Ready Player One has got the greatest director in the history of film, coupled with insanely popular source material, in Hollywood terms that translates to a mondo payday for the studio. As we know from the DCEU drama, Warner Brothers needs a successful franchise ASAP. Except for an unexplained event like a nationwide power outage, the film will be number one at the box office this weekend, guaranteed. Spielberg could build mountains out of cash, then CGI himself skiing down them. Which I’m sure he’s probably done already.