What are Netflix’s “Patches”?

In 2010 Michelle Obama introduced the “Let’s Move!” campaign, encouraging children to put down the controller, go outside and kick a ball or talk to another kid without the use of a headset. In 2016, Pokémon Go encouraged kids again to go outside and run into the street in search of Squirtles. Now Netflix is introducing Patches, which encourages children to stay inside and watch as many hours of TV as possible until their parents drag them kicking and screaming to bed, and then some. 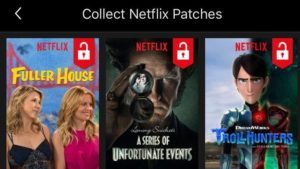 Anyone who’s ever been a kid or met a kid knows that kids love worthless collectable tokens. Gold star stickers, comic book trading cards, Pogs, Pokémon, My Little Pony, Skylanders, fashion upgrades in video games. Some of these require money or accomplishment or victory in a bloody Pog war, but attain it they will. The Patch requires children to binge watch 22 episodes of Fuller House. Does Netflix hate children? I wouldn’t make my worst enemy’s one-eyed cat watch 22 episodes of Fuller House. I wouldn’t be surprised if the CIA uses episodes of Fuller House to interrogate war criminals. Five minutes of Kimmy Gibber pretending her shtick was ever funny and you’ll confess to anything.

Now, I don’t have children myself. I did have a Tamagotchi once. And I do know that if you never exercise your Tamagotchi it gets sick and then you have to reset it and start over. I assume children work in a similar fashion. Many grown adults can’t manage to take a walk without being forcefully evacuated by a kitchen fire. We’d rather sit on the couch scrolling through Twitter on our phones with Facebook on the laptop while a fourth episode of History’s Greatest Hoaxes plays on the TV. And no one’s giving us badges for this impressive feat. It’s hard to expect children to have more willpower, especially while being bribed.

At the moment there are eight collectable patches that can be earned for binge watching shows like Trolls, Fuller House(the aforementioned insult to intelligence), and Skylanders: Make your Parents Buy This Toy. No word on what badge you receive for finishing the Party Size bag of Cheetos while watching. Diabetes I presume.

It’s not all bad though! Apparently, this will make your kid interactive with shows! I don’t even know what that means. In a statement given to Variety by a Netflix spokesman: “We are testing a new feature on select kids titles that introduces collectible items for a more interactive experience, adding an element of fun and providing kids something to talk about and share around the titles they love,” the statement reads. “We learn by testing and this feature may or may not become part of the Netflix experience.”

So, if my translation is correct, it’s basically turning kids into adorable little pitchmen for cheap Netflix shows? Like your second cousin on Facebook who shares news stories without reading them, these kids will be creating a false trend in shows regardless of the reliability of the data. The kids don’t even have to like the shows, these shows could be a 30 minute toy commercial (but of course, TV would never do that), and these kids will like and share them with their friends, possibly sparing Netflix millions in advertising. All that for the price of a digital sticker.

At least Assassin’s Creed teaches you about Tesla. But who am I to talk, I went through like 20 Giga Pets. I once left my baby doll at a Wendy’s in Ohio and didn’t remember it until a half hour later and cried until my dad turned the car around to get it. My sister and I lost the remote to the TV and would use a reaching stick to change the channel rather than get up. I am no arbiter of childhood fitness or parenting skills. The only thing I know is that no good can come of children competitively watching Fuller House. This is a moment that will be looked back upon, as our descendants huddle around trash fires in their makeshift hovels in burned out vans.  A child crouched in what was once a Burger King dumpster, eating her share of the boiled beans out of a coffee mug that says, “I Hate Mondays”, asks: “Grandpapa. What was it like… before the badges?”

The old man pulls at his grizzled beard. “There was Pokémon Go. My father –your great Grandpapa, used to play it in the park. That is, until he ran into an open manhole and broke his arm. He was never the same after that. After that –after that it was just… the Badges.”

A searchlight skims the horizon as the robot lords play the song that causes fear in the hearts of all men.

Bababa da! Whatever happened to predictability? The Milkman, the paper boy, the evening TV? 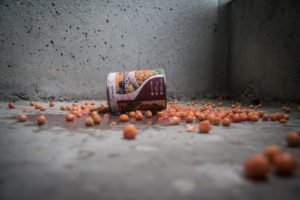 Amanda wants her badge for calling in sick to binge watch Making a Murderer. Do you think the Patches are a fun way to “gameify” shows for kids or a cheap marketing gimmick? Let Nerdbot know in the comments!