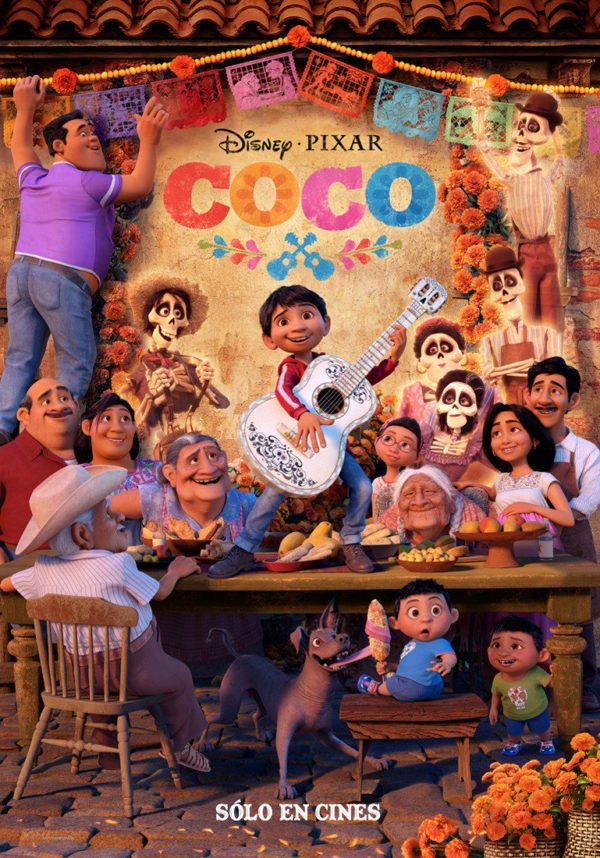 As a 90’s kid, I’ve had the pleasure of not only seeing Pixar in its inception in the early Toy Story years, but also enjoying the creative fruits of their labor throughout young adulthood when Monsters Inc., Finding Nemo, and The Incredibles we’re Disney’s biggest hits.

But during the late 2000’s Movie Slump even Pixar’s work felt like it was underhanded or lacking. They were still cranking out powerhouses like Ratatoulie, Cars, and Up. But seemingly important films like Wall-E, a futuristic yet reachable connection to humans in the future, failed to do more than awe us with 3D visuals.

Thankfully and to it’s own merit, Coco manages to deliver that home cooked character development to it’s main protagonist Miguel, a young bright eyed boy who dreams of a life filled with music. His only obstacle unfortunately, is Pixar-Plot.

If there’s one thing Disney has mastered, it’s re-hashing bits or plot points from its failed experiments as well as common cliche’s from the movie world altogether. What’s different, is how it’s presented to you. Albeit, with a twist on almost every traditional archetype we’ve come to know. In this case, it’s Miguel’s family and their disdain for musicians.

This kicks off an adventure that while familiar in tone, sets its own stride that perfectly meshes with the stunning visuals throughout the film. My only major gripe regarding this aspect, was the short “Pixar Introduction Video”, which includes several of Coco’s creators not only speaking about the visual production process, but literally giving away the flicks most anticipated reveal:

The Land of the Dead is displayed in all it’s glory as the first major magical leap from one world to the next. The casual reveal at the forefront of the entire adventure literally wastes any build-up the movie was attempting to conjure in its first few minutes of screenplay.

Miguel spends most of his screen time in the Land of The Dead, which is designed to echo both modern and classic takes on cultural architecture. As someone who spends rare vacations in Michoacan, Mexico from time to time, I can indeed say the visual representation of the average Mexican pueblo is perfectly achieved.

I’d also like to throw a nod towards the voice acting talents of this film. The soulful yet powerful singing voices mirrored the emotional ties you feel with these characters in their more somber moments. It’s not everyday you feel a connection in a film simply due to a voice.

It’s hard to talk about this movie without mentioning the backlash the studio experienced from those who feel Day of The Dead, a sacred holiday celebrated by many Latino’s, is being used as a marketing tool by Disnay and Pixar. As a First Generation Mexican-American who grew up without this ritual,  I can’t comment on what I feel Coco means in regards to a negative or positive connotation’s to Day of the Dead. As far apart as I am from my cultural tradition, I still felt the warmth in this films core attempt to bring something as unique as a the Day of the Dead tradition to those who might only understand it through Face Paint photos on Instagram.

Coco is a pleasant return the classic Pixar style of not only tugging the heart-strings, but introducing you to a world that expands the imagination. Combined with a rather deceiving plot twist-reveal and clever joke placement, it’s a flick that is sure to resonate with any audience. Enjoy!

Did you enjoy Coco? Let Nerdbot know in the comments!