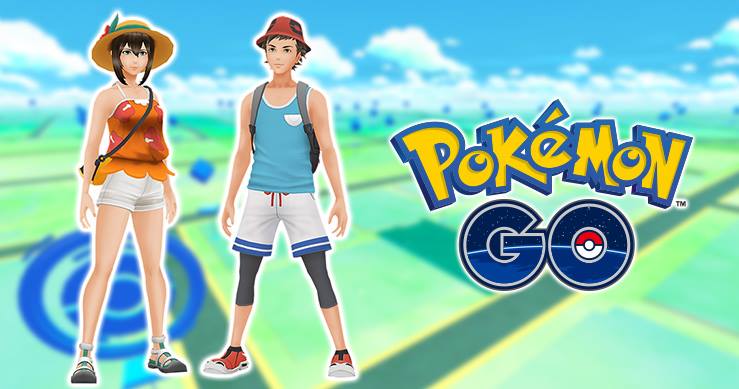 Over the last few weeks it appears the team over at Niantic has been working on expanding the avatar clothing feature which will launch Alolan themed outfits November 17th worldwide!

In a statement released earlier today:

To celebrate the upcoming launch of Pokémon Ultra Sun and Pokémon Ultra Moon for the Nintendo 3DS family of systems, new avatar outfit items from the Alola region are now available in Pokémon GO. Beginning today, Trainers can dress their Pokémon GO avatars in the colorful tropical outfits worn by the main male and female characters seen in the Pokémon video games launching worldwide on November 17.

Get up and go with a new Alolan look in Pokémon GO!

While it’s clearly a pointed advertisement for the upcoming 3DS games, core fans of the hugely successful mobile game are disenchanted albeit welcoming on getting an addition to the avatar customization feature which went untouched for most of the games duration with exception to a Holiday Santa hat and recently a Mimikyu beanie.

As a fan, it’s a bit disheartening to be teased with themes and icons we won’t be seeing for another 6 years if Niantic releases the Pokemon on it’s current Generation-Per-Year basis. And underhanded attempts like the soft release of Ghost-type Pokemon from Gen 3 seemed like filler. If Niantic is focusing all its efforts on ‘Harry Potter:Wizards Unite’ it is now becoming apparent through ‘Pokemon-Go’.

Are you still fighting hard in Pokemon-Go? Let Nerdbot know in the comments!