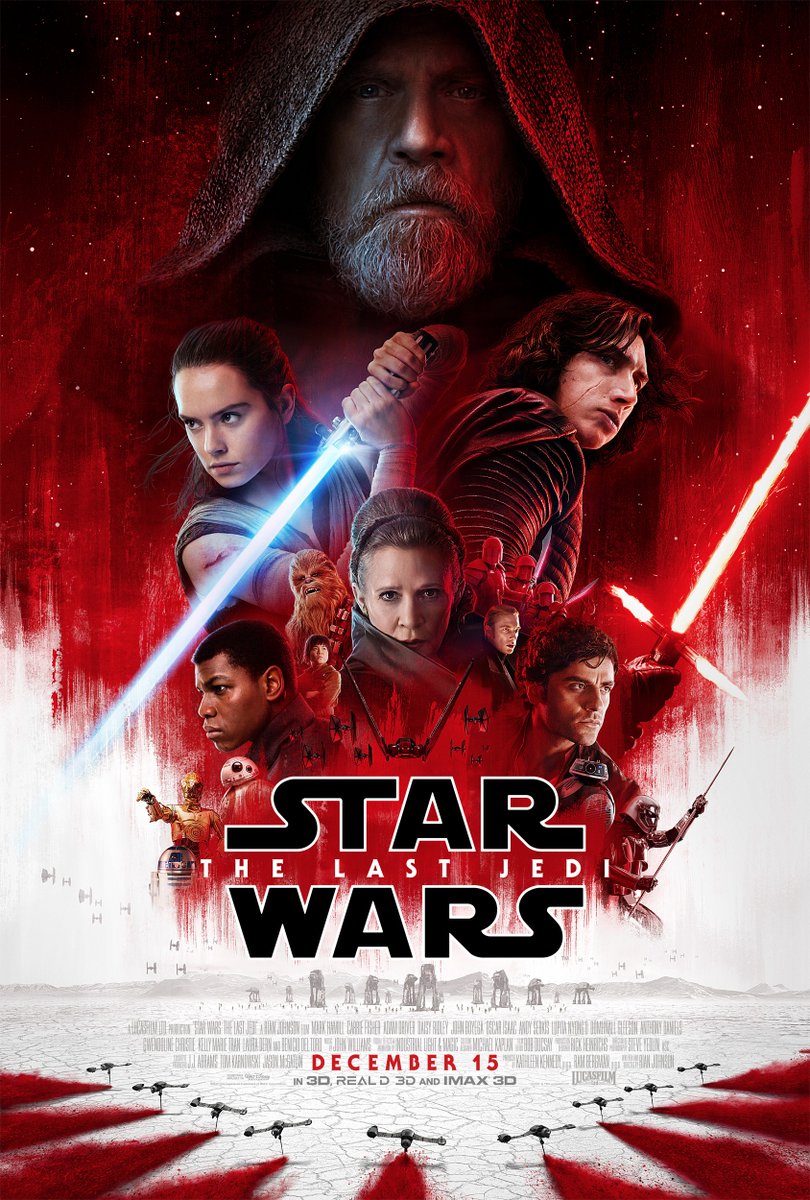 Luke Is The Last Jedi

There’s been a debate recently in the Star Wars community, one that’s causing a rift amongst fans. And it wither or not Luke is still one of the good guys. Well I got some good news for you all the man Mark Hamill himself debunked everything by claiming he still is a Jedi.

You may be asking yourself “how did this whole argument start?” well the answer is simple. It was all over a poster that was released, and a the one trailer that was dropped 6 months ago. Where Luke says “It’s time for the Jedi to end”. That caused as stir of mixed emotions for fans everywhere, one because on posters the antagonist is usually in the back overseeing everyone, and two why would Luke say such a thing?!

People were quick to voice their opinion on the new fan theory that he’d finally turned to the dark side and become a sith. While this heated debate amongst geeks everywhere Hamill stood in silence, hiding just like Luke in the Force Awakens. Watching the madness unfold until he decided he had his fun, going to twitter to put an end to it (or atleast till the movie comes out)

He went to twitter with the new international Star Wars poster saying “Hey Dark Side theorist: Look who’s looming in the back of the poster now! Another clue for you all… #TheWalrusWasPaul #WaitForVII”. And in the poster you see Daisy Ridley as Rey in the background overseeing everyone instead of Luke.

That seemed to get everyone off his back for the time being. But it did fuel another fan theory that Rey is going to become a sith. Maybe that’s what he wanted to do, after all he does love teasing fans on social media. That’s all he practically did in the events leading up to episode 7. The only way we the fans are going to know for sure is to see the movie when it comes out on Dec 15.

What do you expect the twist to be? Let Nerdbot know in the comments!