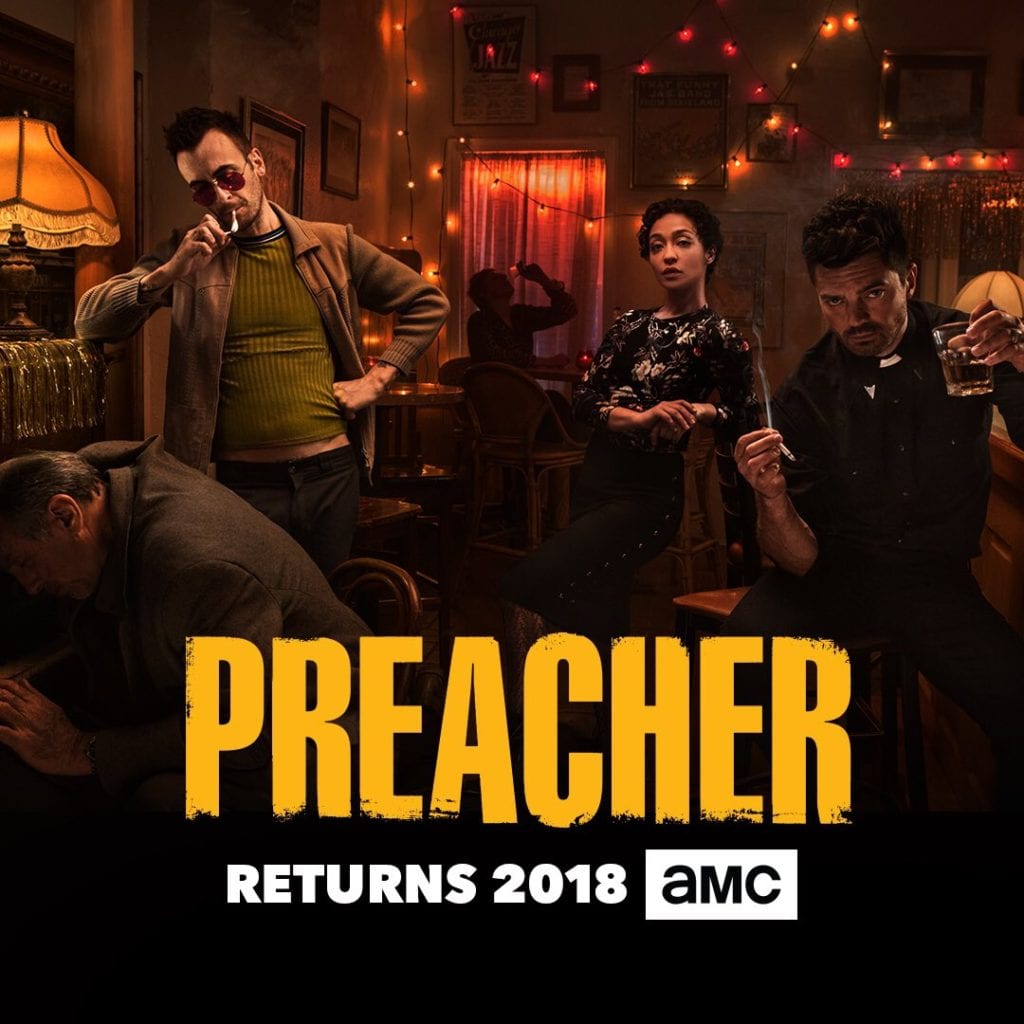 Preacher Gets Its Holy Trinity

In spite of season 2 not being as widely watched or as well received as the shows first season outing, it has secured its third season order from the studio. Exec. producer Seth Rogan confirmed the new via Twitter with the below image.

The second season of the show presented Jeese’s quest to locate God, who was revealed to be AWOL toward the end of season one. On his journey he encountered some old faces in new places, and we were also introduced to Herr Stark and the shadowy forces of The Grail, who fight to keep the bloodline of the big JC pure.

The series’ third season will be picking up where season 2 left off, with Jesse and pals still searching for God, whilst Stark looks to create a new messiah for the world. As of yet the exact date of the shows release hasn’t been confirmed, but given the release dates of the previous two seasons sometime mid year seems a safe bet.

Are you excited for the next season? Let Nerdbot know in the comments!