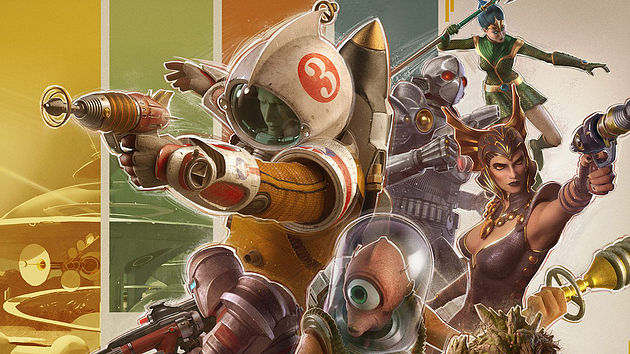 Digital Extremes, creator of the wildly successful free-to-play Warframe, comes to PAX West with a two new IPs and an update to the popular Warframe. First up is the team based shooter The Amazing Eternals, which blends deck building strategy with FPS and early 1970’s retro-pulp visuals. Early Adopters will gain direct dev team access, exclusive gear and admission to the closed beta. Players within the founders program can sign up here for a chance to enter the Closed beta or gain instant access.

Next up is Survived By, a Retro inspired Free to Play Bullet Hell MMO. Featuring up to a hundred players fighting side-by-side, craft powerful weapons, level up and fight off the “corruption” that is creeping into the neighboring villages and towns where “permadeath is only the beginning”

Lastly, Digital Extremes will be showcased  Warframe: Plains of Eidolon. With this new update Warframe will be dipping its toes into MMO territory by granting Tenno the freedom to explore, fight and journey the the open landscapes of Planet Earth at their leisure.