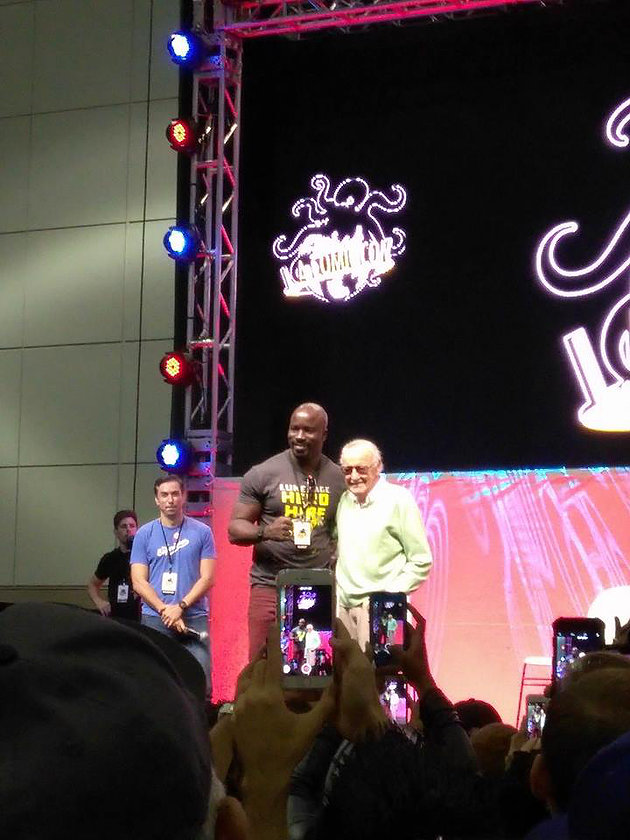 This year LA Comic Con was amazing. It was hard to pick what part of it was better than the other. Maybe it was seeing Stan Lee himself, or being able to see everyone in cosplay, or even all the amazing panels they had!

This was the first year that it was officially called “LA Comic Con” after years of being called “Stan Lee’s Comikaze.” Being able to call it LA Comic Con just feels right, especially being a native to LA. It’s about time LA can say we have our own Comic Con. But it’s something about these cons that always seem to bring out the best in people. And it’s just simply amazing to see everyone so happy and joyful. I even spoke to a few people who lived way up in Northern California, Arizona, Texas, and Nevada who came all the way out just to spend the weekend at LA Comic Con.

With all the cosplay meet ups going on, as well as the photo shoots you could participate in, it’s almost impossible to imagine that anyone would ever be bored. There was so much going on in the lobby before even entering the con it was almost like a whole event just outside! But once you’re actually able to make it inside, it’s unbelievable. Vendors stretch out as far as the eye can see with a big main stage for everyone to look at, and people everywhere looking to have a good time. The amount of things you could buy there will surely make it easy for you to spend money on some amazing art work, comics, toys– the list goes on and on. It’d be hard to name all the different things you could buy.

Even if you weren’t looking to spend money, they had tons of booths where you could participate in and be rewarded. There were some photo booths, some handed out toys, some even offered scholarships for schools in addition to all sorts of fun things. They even had a booth where you could go and play video games in VR. VR is something that you must try out, it will blow your mind away!

The main events were just so perfectly placed. They had one great guest after another. From the actor who plays God on Supernatural to the writer of the show promoting upcoming projects. Then, Stan Lee and other great comic book writers talked about how they felt about nerd culture. Other special guests included the actors of the hit TV show The Flash and Mike Colter from Luke Cage.

Going to LA Comic Con was a great experience. If you have yet to check it out, be sure to go next year because I guarantee that you will enjoy yourself and come back with many memorabilia and stories.

Did you have an awesome experience at a local Convention? Let Nerdbot know in the comments below!