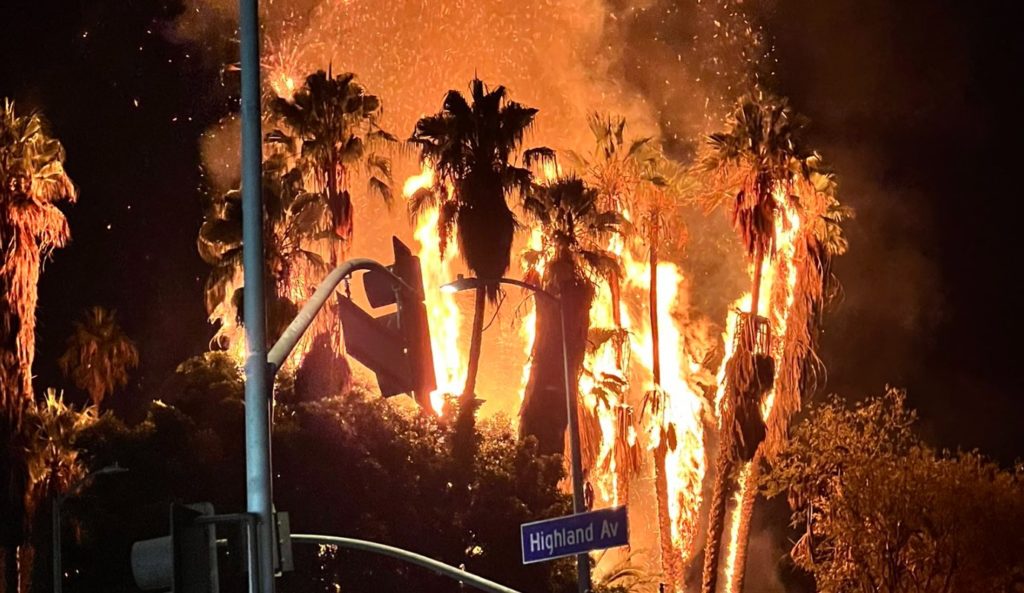 One probably wouldn’t think that attending a “Sound of Music” sing-a-long would end in a mysterious fire. Anyone singing about a few of their favorite things definitely wouldn’t include a fire, or a thunderstorm. But that’s what they got and it was pretty wild to look at.

On September 17th after the sing-a-long, a cluster of palm trees caught on fire, as the crowd was leaving. So at least they got to sing to the end of the Von Trapp’s adventure?

“Leaving the Hollywood Bowl after Sing Along Sound of Music and a small cluster of palm trees was on fire. It burned quickly and was barely embers by the time people reached their cars in stacked parking,” one attendee said. “While this was happening, the exiting crowd sang Do Re Mi in the tunnel.” I’ve never thought of “Do Re Mi” as a creepy apocalyptic song, but now it’s on my list of things to sing when the world ends. Because reasons.

Other attendees commented online that the fire was contained by the time they exited the historic facility.

The Hollywood Bowl is expected to be operating normally.