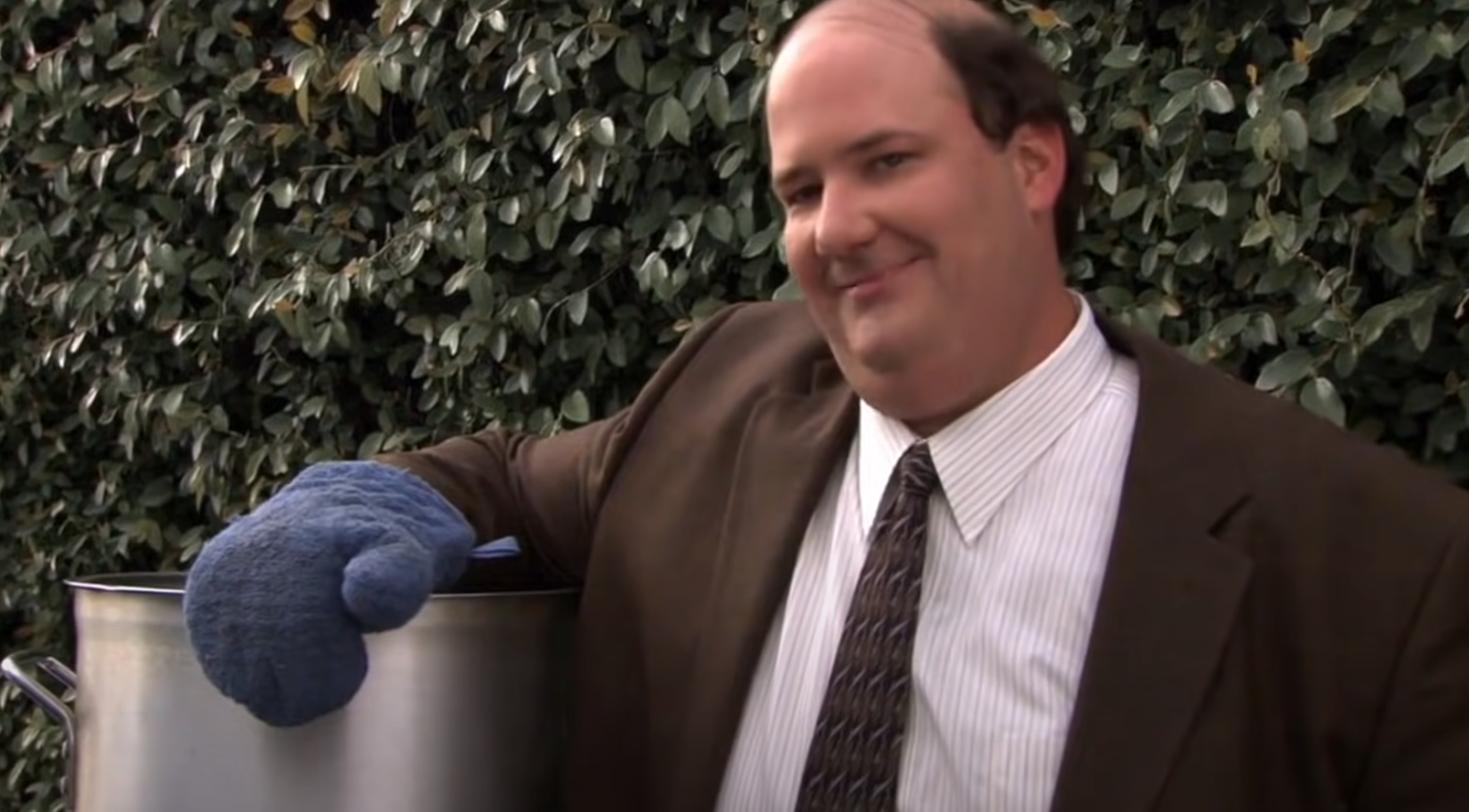 It was thirteen years ago when television history was made. For it was on that night actor Brian Baumgartner, in his “The Office” character of Kevin Malone, would enter Dunder Mufflin with a giant pot of chili. Things did not go as planned. The moment the pot spilled over and Kevin desperately tried to salvage the resulting mess, the world change forever. It may well be the biggest thing Kevin is remembered for. This is something the aforementioned Brian Baumgartner is fully aware of it.

That’s why he has a chili cookbook coming out!

The upcoming cookbook contains 177 different chili recipes. Your reaction to that may be an understandable, “How does Brian have 177 different recipes for chili? What human being on Earth has that many chili recipes?” The answer to those questions are summed up by revealing the book is a compilation of recipes from various individuals, including Baumgartner himself. According to the Amazon, recipes have been acquired from chili cook-off winners, restaurant owners, fans, and more.

Because this is a book coming out in the digital age with all those new fangled things like, smart phones and such, there are some cool additions that can make cooking easier. For example, the book contains QR codes that can be scanned to access videos for those who may need more of a visual aid with their cooking instructions. So while the product page makes the bold claim in stating it’s the “only chili cookbook you’ll ever need,” it may actually be able to back that up with its contents.

The book can be pre-ordered in both digital and hardcover form from Amazon here. They officially release September 13th.

Obviously when it comes to something like food, everyone’s tastes are different. In my personal experience at least, there are few simple joys in the world that are as satisfying as a well-made, home cooked chili. Just be careful about how you transport it, and maybe avoid lugging around oversized pots. Catch “The Office” on Peacock.