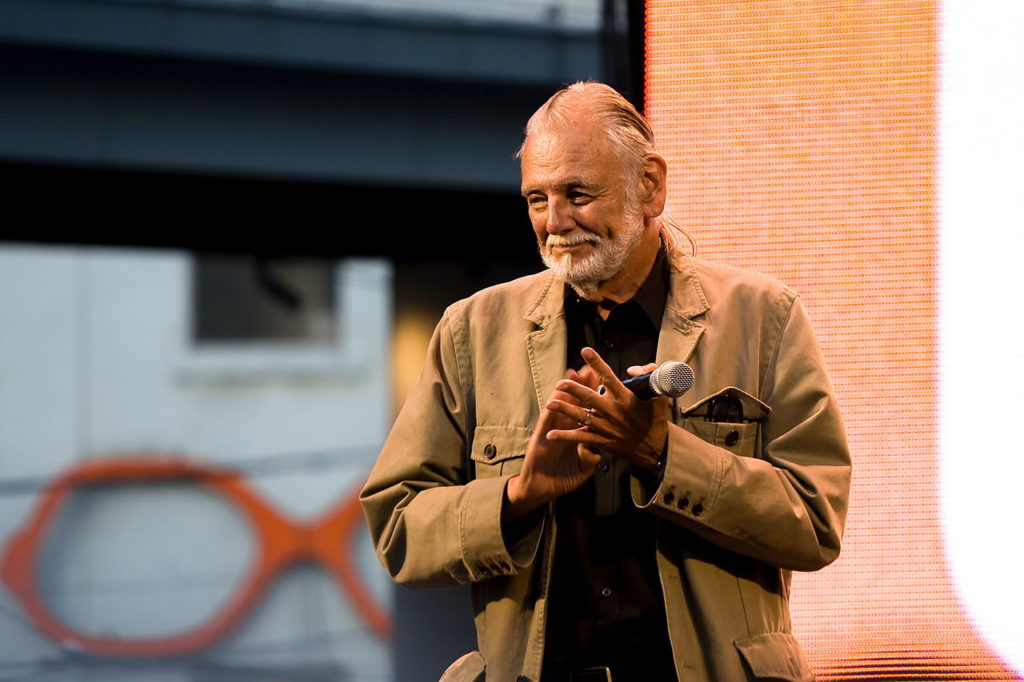 Fans of the “Resident Evil” series might recall George Romero was originally attached to direct the first feature length film way back in the 1990s. An assistant of Romero’s played through the entire first game on the original PlayStation while taking notes to help him draft a script for the project. After he was done creating a gory narrative that stayed relatively true to the video games story, Capcom was not happy with the results and neither was Constantine Films. So, they decided to go with Paul W.S. Anderson instead, and retool his zombie film “The Undead” into a “Resident Evil” movie.

It appears fans of Romero are getting a documentary about this film that never was!

This came as quite a shock to most fans, as Romero’s name is synonymous with the word zombie. He is considered the grandfather of the undead. It was because of Romero’s take on the reanimated dead that led to them becoming a more mainstream and glorified ghoul in horror films. In fact, Romero showed what he could do with the franchise by filming a commercial to help promote the sequel to the first game titled “Biohazard 2” (or “Resident Evil 2” in America).

It has been lauded as one of the greatest adaptations to the games since then. So, what was the problem with the script then? We guess the documentary will give a closer look into the process and answer those questions. The screenshots released from Dawn of the Discs has got everyone hyped for the as yet unreleased documentary, which was revealed at Creature Feature Weekend.

If you are interested in reading the original script by Romero, there are various places to read it online. The Resident Evil podcast has an interview with the two directors who are making the documentary. Hopefully we’ll get a release date soon as news about old Resident Evil projects, even high profile ones such as this, is always a good thing.