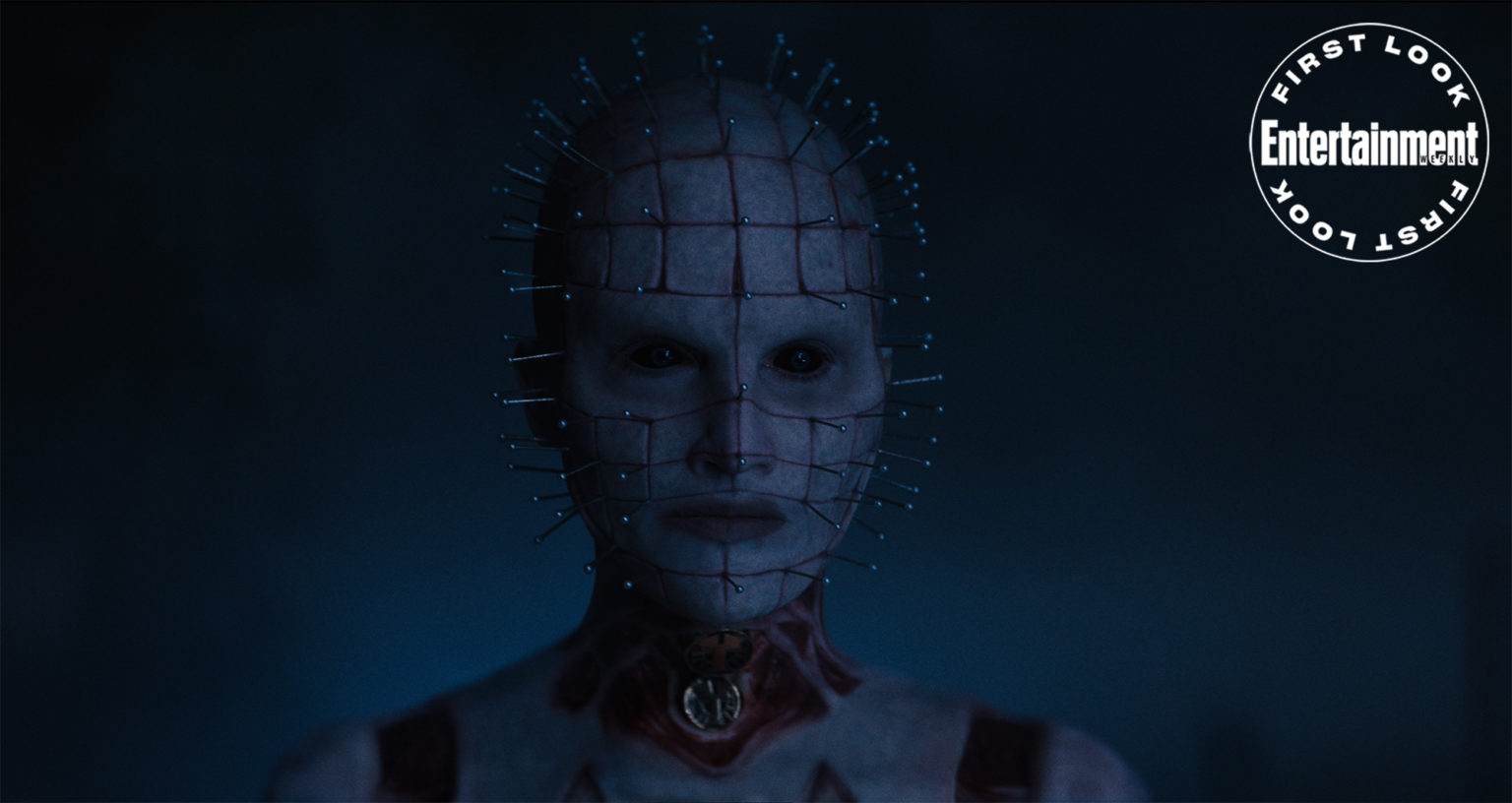 At long last, the first official images of Jamie Clayton as the Hellpriest, aka Pinhead, have been released. The upcoming “Hellraiser” film does have original creator Clive Barker on board as a producer, with David Bruckner directing.

“Clive’s been very involved,” says Bruckner. “Clive came on before the shoot, when we were in prep, and was really just a wonderful resource for me. He was really generous with his time, and very welcoming of the idea that this was a new group of artists, and that they were going to run with this and land in different places with it. He was very supportive of that.”

Bruckner did want to make it very clear that this film is NOT a remake of the original, which stared Doug Bradley as the iconic horror character. (Also just FYI Doug is super supportive of the casting.)

“This is not a remake, I just didn’t think you could ever remake the original ‘Hellraiser,'” Bruckner told Entertainment Weekly. “It’s too much its own thing and it would be, I think, perilous territory for filmmakers, because how do you top that? This is a new story in the ‘Hellraiser‘ universe.”