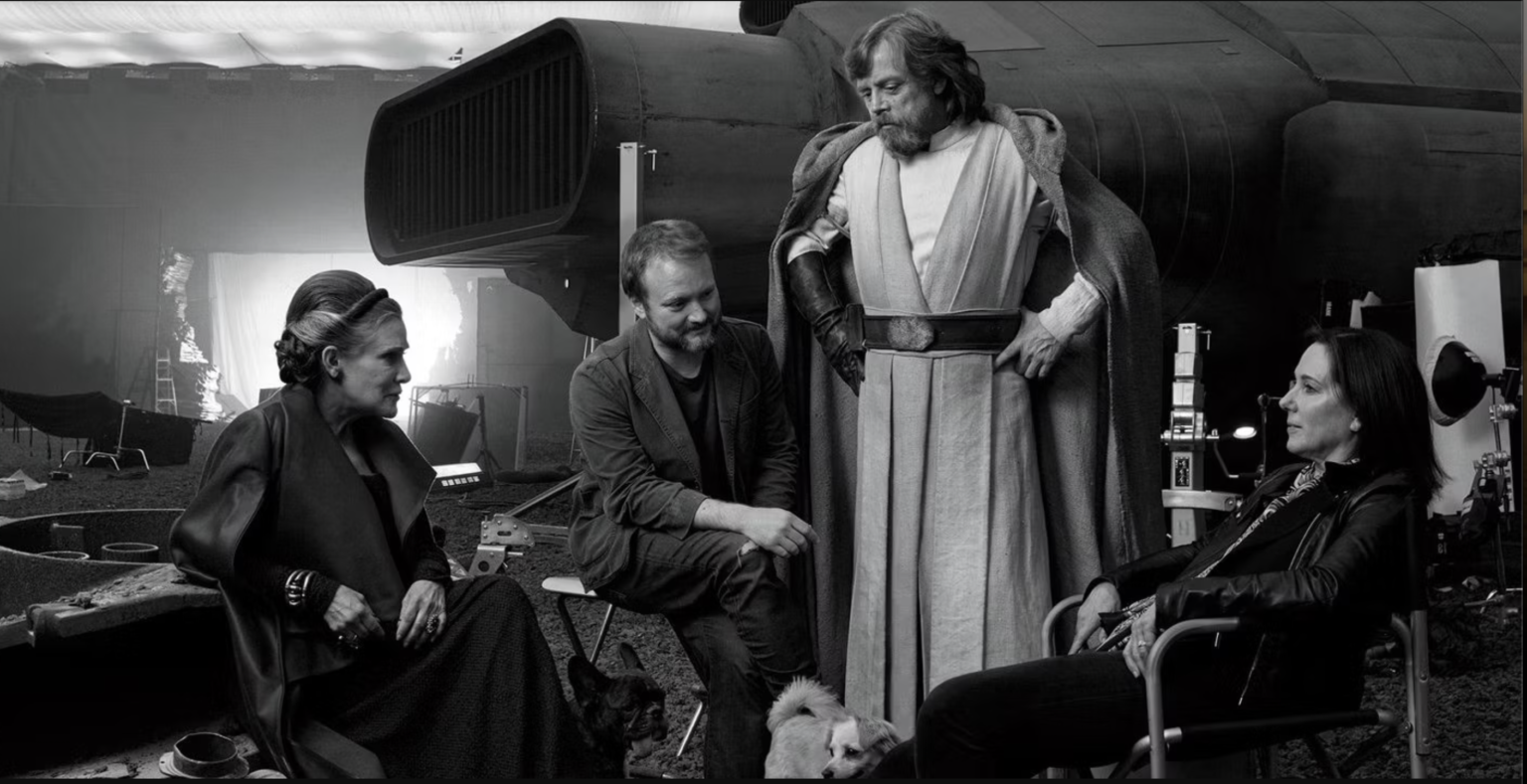 Despite years of naysayers continually trying to trash Rian Johnson‘s MASTERFUL entry into the galaxy far, far away, the filmmaker remains hopeful his “Star Wars” trilogy will happen. It’s not so much a matter of Lucasfilm not being interested (as SOME outlets have tried to ‘report’), but more a busy schedule on both sides.

Johnson has a new film due out this year- “Glass Onion: A Knives Out Mystery,”- as well as a tv series in the works. Also, the “Star Wars” universe hasn’t exactly been without projects, either. Some little releases like “The Mandalorian,” “Book of Boba Fett,” “Obi Wan Kenobi,” the in-production “Ahsoka” and“The Acolyte,” and animated series have left of left little room for more.

Rian recently spoke about that ‘new’ trilogy he was announced as being in charge of five years ago.

“I’ve stayed close to Kathleen [Kennedy] and we get together often and talk about it,” Johnson revealed. “It’s just at this point a matter of schedule and when it can happen. It would break my heart if I were finished, if I couldn’t get back in that sandbox at some point.”

Back in 2019, he revealed this new story wouldn’t be about legacy characters (you know, the Skywalkers etc.). “We’re doing something that steps beyond the legacy characters. What does that look like? To me, the blue sky element of it is what was most striking about it,” Johnson told The Observer. “I know the way that I’m coming at it, and what’s fun about it for everyone in George Lucas’s films, is figuring out, ‘What’s the next step?’ It really makes you think and figure out what the essence of ‘Star Wars’ is for me and what that will look like moving forward.”

All we know is we’re hopeful for this project to eventually see the light of day. After all, rebellions are built on hope.

“Glass Onion” will hit select theaters in November of 2022 before hitting Netflix on December 23rd.