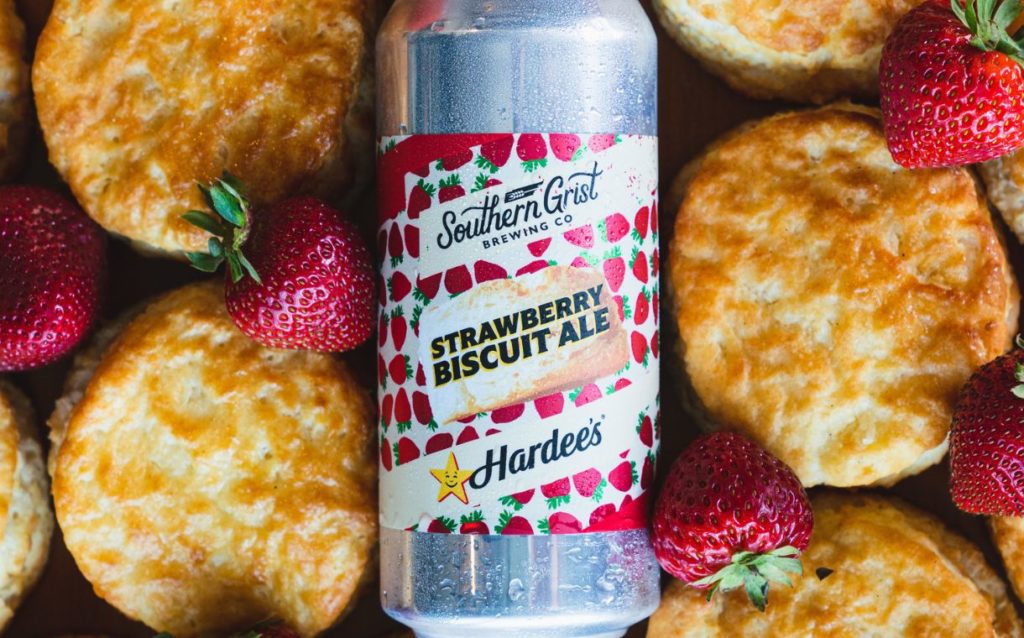 Yes, in a move that incites curiosity so fast that you’d swear it was made by the marketing team behind the Oscar Mayer Cold Dog, Hardee’s (Carl’s Junior if you’re on the West Coast) has reportedly teamed up with Nashville-based Southern Grist Brewing Co. for the creation of Strawberry Biscuit Ale.

The ale, which will make its debut on September 1st for National Biscuit Month, is apparently not only inspired by the fast food biscuit, but is made with them as well. According to a press release, the Strawberry Biscuit Ale is infused with 200 pounds of savory biscuits to create a full-bodied cream ale incorporating hints of strawberry jam and buttermilk.

According to CKE Restaurants VP of Global Culinary Innovation Owen Klein, Southern Grist was the only choice to make this beer because “They approach brewing with the same mad scientist mentality that we use for our new menu launches and know how to deliver on flavor.” Mad science is right. If you enjoy Hardee’s biscuits then Southern Grist’s brewers have apparently delivered a delicious treat for you, “an amazing crushable beer with subtle notes of fresh-baked biscuits, buttermilk, and strawberry jelly…[made from] a few hundred pounds of Made From Scratch Biscuits.”

Jared Welch, Southern Grist Brewing Co.’s Co-Founder, Production Manager, and resident mad scientist, noted that while “Southern Grist has created more than 900 different flavor profiles since our inception in 2016… never a beer infused with biscuits,” so the partnership with fellow Nashville-based company Hardee’s provided an intriguing challenge. “We thought we could have a lot of fun with this partnership and bring something special to both our guests, and we have!”

If you’re into biscuits and beer (or just morbidly curious) check out the Strawberry Biscuit Ale this September for a limited time. It will only be available from retailers in Tennessee, Illinois, Wisconsin, Georgia, Louisiana, Kentucky, and South Dakota, but select states may have it shipped directly. Check with your local craft beer distributor for more details.