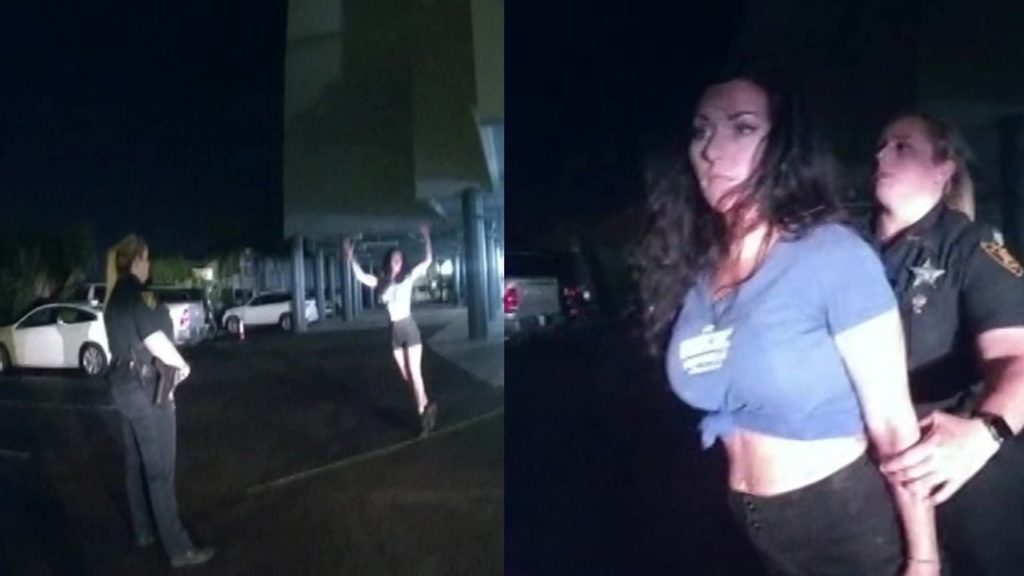 After rear ending another vehicle, a Florida woman attempted to prove her sobriety by doing Irish folk dance and ballet. Deputies at the Pinellas County Sheriff’s Office say the incident occurred about a mile away from her home. The woman was suspected to be either drunk or high as her eyes were glassy, bloodshot, and had dilated pupils.

The officer asked her to walk a straight line, but she was unsteady. When the officer was giving her instructions on what to do for the standard sobriety test, the woman balked. ”Yeah, well, you sound like my ballet coach,” she said. She then took a few steps before breaking into a ballet routine. ”That wasn’t the exercise that I was demonstrating,” the deputy responded.

After ballet, she does a type of Irish folk dance. Most likely her thinking was – If I was drunk could I do this!?- which did not impress the officer. They asked the woman to test for substances but she refused. Inside her car, they found a white styrofoam cup containing a light-yellow beer smelling liquid.

She has been charged with a DUI, property damage, and refusing to submit to testing. This is the second time she refused testing, the first occurring in March of 2019. Point of this story? Maybe don’t try and dance your way out of a ticket. It doesn’t work.