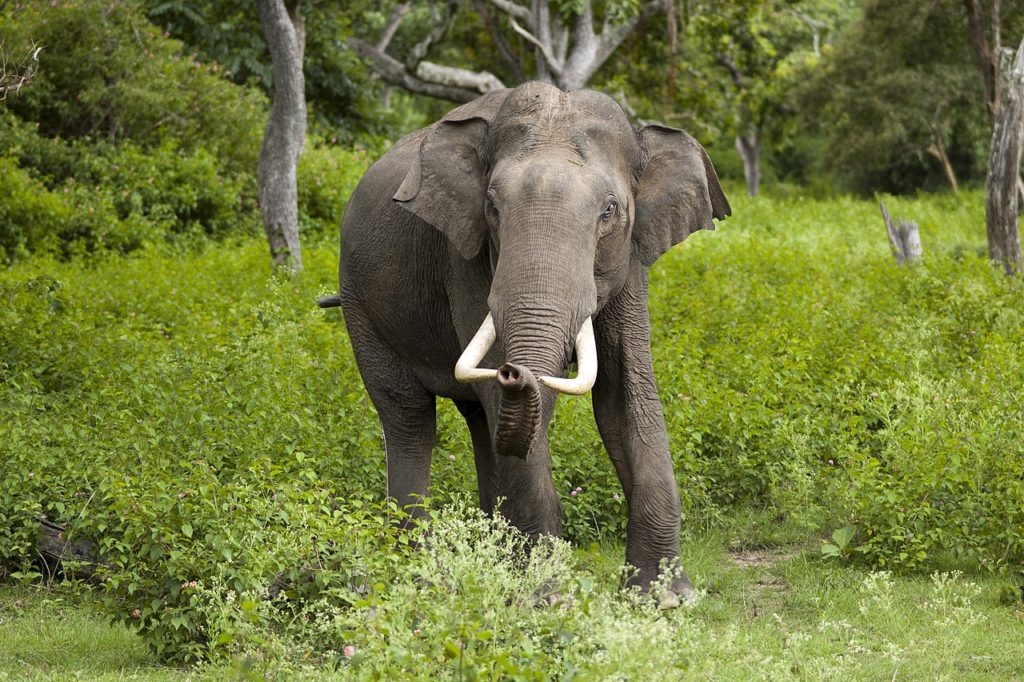 Elephants may seem like a good work horse, but people have to remember large animals have their limits too. In extreme heat conditions, they can also suffer heat stroke just like humans can. Elephants are vulnerable to heat stress due to their large size, because they don’t sweat. This is what caused Pom Pam, a 20-year-old male elephant, to rip his mahout/handler’s body in two after being made to work arduously in intense heat.

32-year-old Supachai Wongfaed was found torn apart, laying in a pool of blood. The incident happened on a rubber plantation in the province of Phang Nga, Thailand. Pom Pam had been working all morning hauling wood the morning of the incident.

Thailand is extremely hot not just because of the temperatures but also because of the humidity. Because of this coupled with the current heat wave there and Pom Pam overworking police say that the heat may have caused temporary insanity. The elephant had to be sedated with a dart from more than 1,600 feet away so the corpse could be retrieved.

It’s unknown if Pom Pam showed any signs of fatigue prior to his handler’s death. Elephants are extremely smart, and can communicate non verbally with humans if you know what to look out for. It’s possible Wongfaed wasn’t catching the signs.

Last month, another handler was stabbed to death by an elephant. It’s clear these animals are not happy about working in extreme weather conditions, when it’s hard to stay cool even when standing still. Authorities say these multiple incidents stem from elephants being stressed out from overwork and overheating.

The use of Asian elephants for carrying logs was banned in Thailand in 1989.