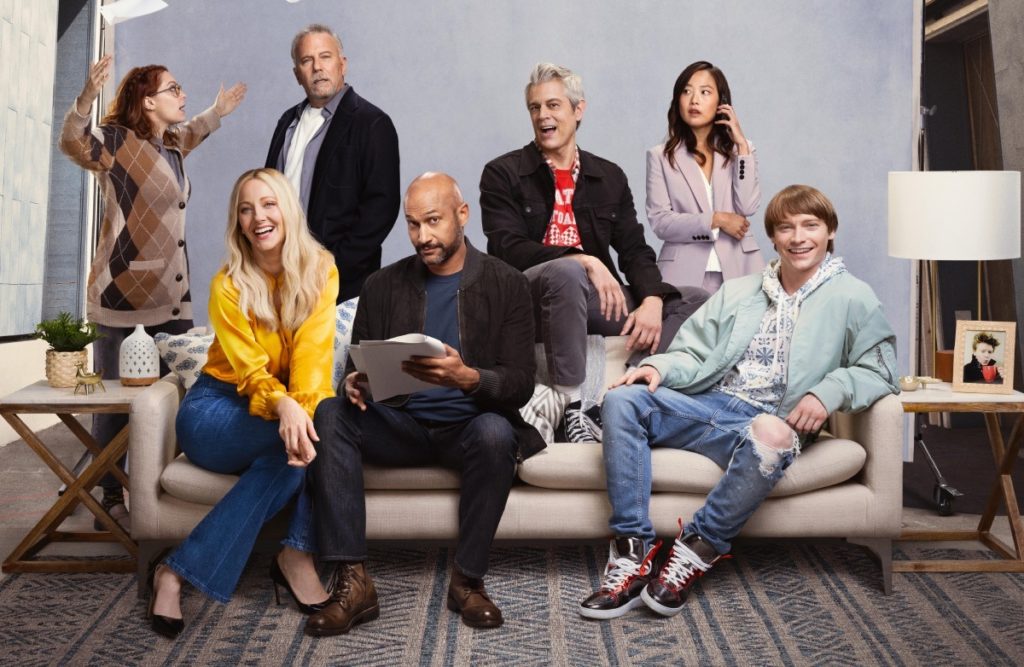 Yes, Hulu is making a show about Hulu making a show. When younger sitcom writer Hannah (Rachel Bloom) insists on using the original cast it means the stars must reunite. Since none of them have had much professional success after “Step Right Up” ended.

In “Reboot” Key plays Reed Sterling a Yale school of drama graduate that blames the show for ending his career. Knoxville is Clay Barber a raunchy standup comedian whose only real acting work was “Step Right Up.” A string of drug arrests didn’t really help him find work either. Greer will play Bree Marie Larson a small-town girl who can now only seem to find work on low-budget sci-fi shows. The group has to put old issues aside and work to together to save all of their careers.

Other cast members include Calum Worthy who plays Zach a former child actor who never actually grew up. Krista Marie Yu will play Elaine a tech executive turned television creative for Hulu. Paul Reiser plays Gordon, the original sitcom creator, who returns to the writers room but now has to cope with how much television has changed.

“Reboot” is created by “Modern Family” co-creator Steve Levitan. This will mark his return to scripted television. “Steve Levitan is a comedy genius and his idea for ‘Reboot’ is as hilarious as it is timely. We’re thrilled that our friends at Hulu love this sly, wildly funny look at the television comedy business as much as we do,” President of 20th TV Karey Burke said. “And the spectacular cast Steve’s assembled speaks to both the quality of the writing and the appeal of this platform as a home for smart, high quality television. Everyone jumped at the chance to come on board.”

“Reboot” will be premiering on Hulu on September 20th. Check out the trailer below: