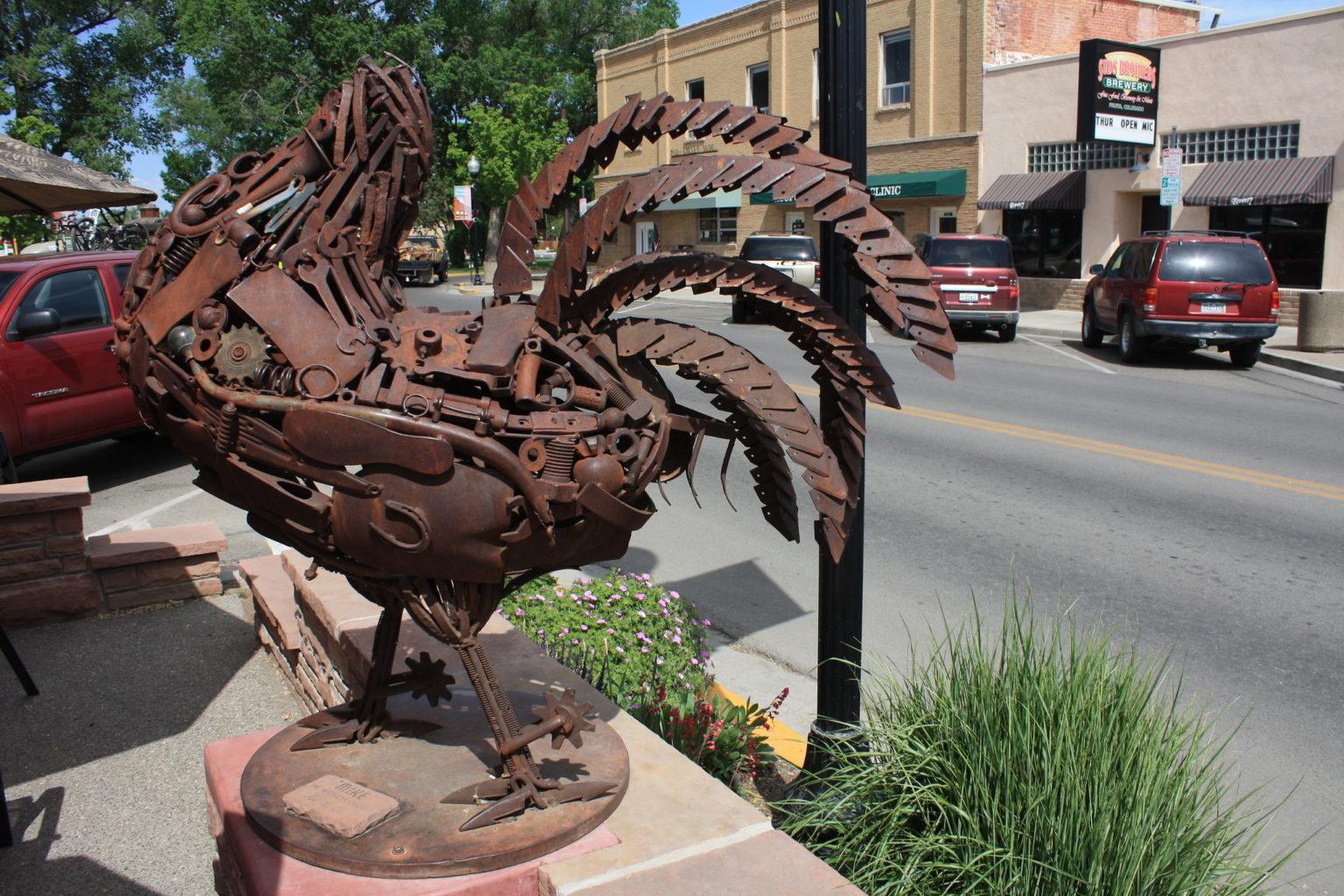 It’s safe to say removing the head from most creatures means certain death, but oddly enough this is not always the case. At least for chickens. Most of the time, they only run around for a few minutes-15 max- but not Mike. No, Mike the headless chicken lived for an astounding 18 months in this condition!

Mike’s strange tale begins September 10th, 1945 when Lloyd Olsen and Clara Olsen were killing chickens on their farm in Fruita, Colorado. While Lloyd cut the heads off 40 to 50 animals that day, one just simply refused to succumb to his hatchet. “They got down to the end and had one who was still alive, up and walking around,” Troy Waters, the couple’s great-grandson (who is now also a farmer in Fruita) explained in 2015.

Not knowing what to do with this headless chicken still strutting around, Lloyd placed Mike in an old apple box on a screened-in porch for the night. He probably assumed the bird would pass away during the night. But the next morning, Mike was still very much alive.

“He took the chicken carcasses to town to sell them at the meat market,” Waters said. “He took this rooster with him – and back then he was still using the horse and wagon quite a bit. He threw it in the wagon, took the chicken in with him and started betting people beer or something that he had a live headless chicken.”  The farmer, impressed by the chicken’s will to live, figured out a way to keep him fed by putting grains and water into an eyedropper.

With the aid of a story in the local paper, news quickly spread. About a week later, Lloyd took Mike to the University of Utah in Salt Lake City to see if scientists could figure things out. They determined the ax blade missed the bird’s jugular vein, and a blood clot had prevented him from bleeding out. Even though the bulk of his head was missing most of one of his ears (which a lot of his brain stem was near) was left. Since most of a chicken’s reflexes are controlled by the brain stem, and that is how Mike was able to survive.

The family was eventually contacted by Hope Wade, a sideshow promoter who thought they should take him on the circuit. Wade coined the moniker Miracle Mike the Headless Chicken, which is how Life Magazine referred to him.

In the spring of 1947, the Olsens were in a hotel room with Mike in Phoenix, Arizona. In addition to feeding him via an eye dropper, they also had to clear mucus from his throat with a syringe. That night they awoke to the sound of him choking. Unfortunately, they realized they had left the syringe at the sideshow and before they found a substitute, Mike passed away.

“For years he would claim he had sold [the chicken] to a guy in the sideshow circuit,” Waters said. “It wasn’t until, well, a few years before he died that he finally admitted to me one night that it died on him. I think he didn’t ever want to admit he screwed up and let the proverbial goose that lays golden eggs die on him.”

The town of Fruita, CO celebrates the chicken’s spirit with the annual Mike the Headless Chicken Festival, which is held on the first weekend in June.