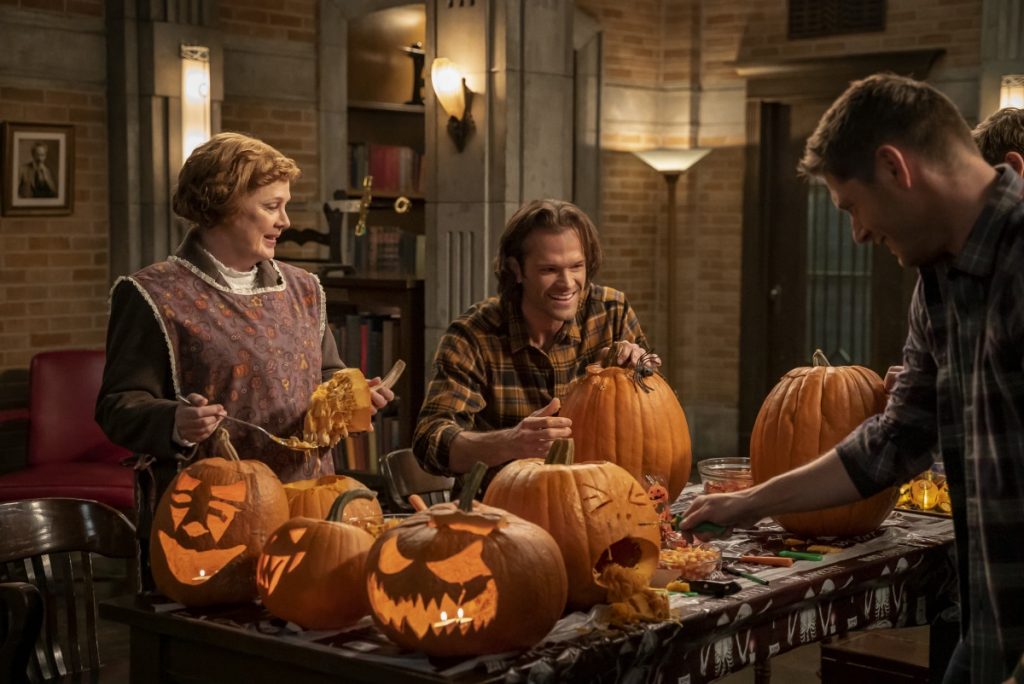 With more people than ever before instructing the services of online psychics, visiting mediums in person, or booking tarot readings, it’s no surprise that there’s been an explosion of TV shows about the supernatural in recent years.

The paranormal holds a fascination for many reasons: key among these is the comfort that comes from the belief that those we love who have passed on live on in a different spiritual realm; added to this is an interest in the unexplained and mysterious – this interest has been shared by our ancestors for literally thousands of years.

If you’re looking for a must-watch show that deals with the paranormal, then here is our pick of the top five series that’ll have you spellbound.

Theresa Caputo is the medium in question, and she’s been catapulted to fame as one of the best-known reality-tv psychics of her time. Known for her habit of spontaneously approaching strangers to pass on messages from loved ones from the other side, Caputo’s energy, passion, and vibrant personality – as well as the reactions of those to whom she delivers her messages – make The Long Island Medium a must-watch show for anyone interested in the supernatural.

Each episode of this medium tv show sees Caputo conduct private and group readings with both believers and skeptics, and the medium’s husband and kids make regular appearances, too. And if you watch an episode and can’t wait to watch more – you’re in luck: there are fourteen series of this popular show to enjoy.

Psychic Kids: Children of the Paranormal

A fascinating watch, this show follows children who have a reported psychic ability, subsequently matching them up with adult mediums and spiritual mentors to help develop their unique gifts. Some of these gifts include clairvoyance, the ability to communicate with the dead, the ability to sense illness, psychometry, and retrocognition. As part of the program, the kids and their parents meet up and share the unique challenges they face as they negotiate the best way to deal with their abilities.

The show’s hosts, Kim Russo, Chip Coffey, and Chris Flemming, are all stars of the celeb paranormal scene, while Edy Nathan, the fourth host, is a qualified therapist who helps to ensure that the kids’ welfare remains the priority and that they have the means to process what they are experiencing in a healthy way.

A game show like no other, America’s Psychic Challenge pits four individuals against each other per episode in a battle to see who has the strongest psychic abilities. Tests include correctly matching five brides and grooms and finding a man who is hidden in the trunk of a car – among fifty vehicles.

Contestants gain points as they face each challenge, and, ultimately, two individuals are left to compete against each other for the title of America’s Top Psychic – and a $100,000 prize. The show was so successful that it resulted in an international challenge. In 2011 the winners of the Psychic Challenge from six countries participated in a competition in the Netherlands to crown the ultimate psychic, which featured a range of extreme challenges.

This fun show is both entertaining and thought-provoking; if you enjoyed viewing it, give Britain’s Psychic Challenge a watch, too.

This true-crime series follows psychics attempting to turn up clues on cold cases and find clues and missing pieces of the puzzle to solve crimes that continue to baffle the police.

Dramatic reconstructions, interviews with key figures, and intriguing storytelling has made this series a must-watch for anyone interested in mediumship or the paranormal. Viewers have frequently commented on how the psychics reveal information that they have no way of knowing, making this series compelling viewing.

As the title suggests, this series features celebrities speaking about their brushes with the paranormal. Need another reason to watch? This series was featured in WatchMojo’s 2018 list of Top 10 Scariest Paranormal Documentary Shows.

Celebs taking part include Joan Rivers, Kelly Osbourne, and Michael Madsen, among many others. There’s a spin-off series, too – The Haunting Of – in which some of the celebrities from the original series return to the site of the haunting to discover more. Psychic medium Kim Russo accompanies the participants to help guide them through the process.

And the Best of the Rest

And if you’re looking for more shows about the paranormal, we’ve got you covered. Check out Hollywood Medium with Henry Tyler, which follows Tyler, who shot to fame after being commissioned by the Kardashians to provide a psychic reading. Following this, he was commissioned for his own show and has since provided psychic services to celebs, including Carmen Electra, Bobby Brown, and Megan Fox.

Seatbelt Psychic is worth a watch, too: it features medium Thomas John relaying messages to strangers from deceased loved ones. The unscripted, entirely authentic nature of this show made many non-believers begin to have doubts as they watched John approach members of the public and convey extraordinary messages, seemingly from beyond the grave.