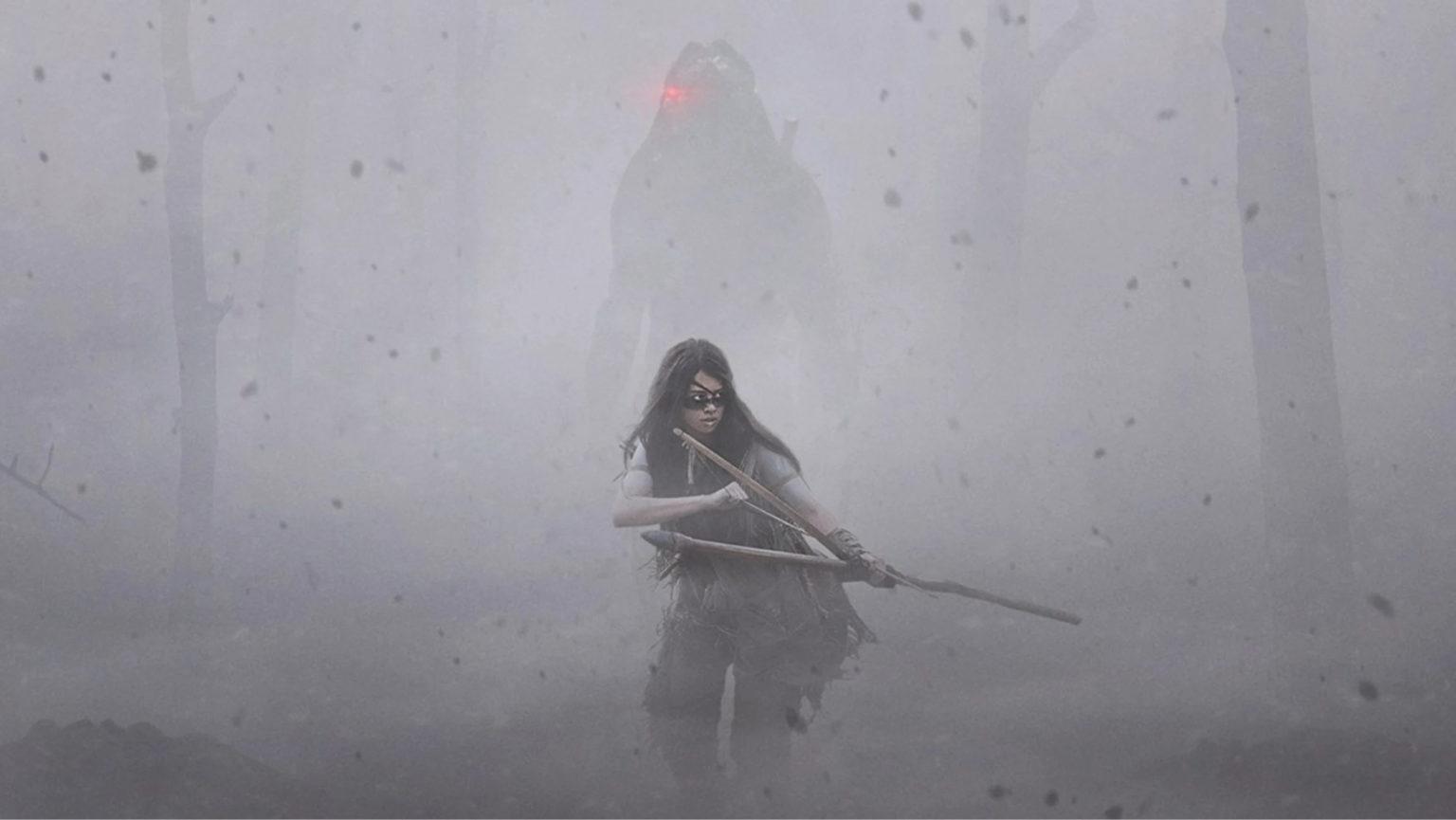 If you know me and my film criticism, you’ve probably heard me talk endlessly about narrative simplicity, ambition over logic, and overly extended run time. These are film basics that seem to be at the heart of most films that have a try too hard approach or even worse, a constant wink at the audience that feels almost congratulatory without caring whether or not they deserve it. It’s been rather exhausting and disappointing watching countless movies make the same mistakes, and then along comes “Prey.” Out of nowhere, it is the answer to damn near everything I’ve been asking films to do for months now, and we didn’t even ask for it!

Not only is it the Predator we deserve and all knew was possible, but it is also just a terrific period thriller rooted in long unseen native American life and a story about family and becoming who you are truly meant to be. “Prey” accomplishes everything it sets out to do, delivers on all fronts, and makes a case for being one of the best films of the year so far.

Directed by Dan Trachtenberg (“10 Cloverfield Lane,” the only good “Cloverfield” in the Cloververse- not up for discussion) with a screenplay by Patrick Aison, “Prey” serves as a prequel to the “Predator” franchise. Also a sort of soft reboot.

Set in 1719, it follows Naru (Amber Midthunder), a young Comanche warrior who has the training of a healer, but the heart of a hunter. Her brother Taabe (Dakota Beavers) is a masterful hunter, but recognizes his sister’s skills for tracking. He agrees to let her come with the hunting party to hunt and kill a lion. While she fails to kill the beast, she knows there is something far more sinister out in the woods. Desperate to prove herself, she sets out to hunt the hunter, and soon discovers she may have found a beast that can’t be killed and can hunt better than anyone and anything she’s ever known: The Predator. The hunters quickly become the hunted, and it becomes a battle of warriors vs Predator.

“Prey” excels in so many ways it’s hard to even write a review for it. It truly corrects so many mistakes that other films this year continually make. It is wildly refreshing to see a movie so secure in the simplicity of its premise. Trachtenberg smartly sheds all of the mythos mumbo jumbo and Predator blood to cure autism (or something dumb like that I don’t know I didn’t watch the new one but knowing Shane Black directed it I am 100% certain there’s a kid there for some reason) for a tight, no nonsense story that moves with gripping pace and captivating performances.

“Prey” never once tries to be anything other than what it is. An alien arrives, kills a bunch of shit, and we gotta do what we can to stop it. I seriously do not understand why it has taken Hollywood 35 years to give exactly what we’ve always wanted. This film isn’t interested in where the Predator comes from, why it’s here on earth, macguffins, and uninteresting human villains that you know, want to use the technology to rule the world or something stupid like that. It thrives in its simplicity, and let’s the period and characters do their job which in turn makes it the most intriguing and most film in the entire franchise since the original.

Not only does it do right by the narrative and Predator, but it also gives us a compelling protagonist in Naru that you simply can’t help but root for. Amber Midthunder is brilliant, able to deliver a triumphant performance with limited dialogue, thriving as a young woman who knows she’s a badass and just needs the chance to prove it to her tribe and herself. Midthunder’s Naru is another way to inject new life into a dying franchise, giving us an underdog worth getting behind instead of the shredded macho man we’ve grown accustom to. It is a fresh take that feels organic and purposeful instead of forced and needless. She is simply that good, embodying the battle of wits you want when someone goes against a Predator but also giving us a true hero we want to win. “Prey” is really her film, and while everyone around her is also great (Beavers as Taabe is another notable performance) it is Midthunder that carries the film to the finish line of victory.

“Prey” is also shot beautifully, with Jeff Cutter’s cinematography transporting us to the virtually untouched forests of 1719, and capturing tribal life in strong, beautiful representation of all too often underrepresented cultures. I just can’t stress enough how much this is a prime example of how films should be made. Also, doing right by your property.

There’s no desperate attempt to sell toys, create memes, or make a teaser movie because the real movie you wanted to make was a sequel. It’s not full of itself, trying to be too clever, or trying stretch the narrative far beyond its means. “Prey” just wants to tell a simple story within the exact time frame we want a story like this to be told. It’s quick, simple, and violent, with some gruesome kills that literally made me laugh out loud with gory glee. It has everything you want and everything you’ve asked for, and doesn’t waste its time trying to be anything more than that.

This is how action movies (and Predator movies) should be made, and things like “Bullet Train” and “The Gray Man” wished they could be but got too carried away with things that don’t matter. “Prey” cracks the code of success in a longstanding franchise that hasn’t been this good in over 3 decades. This is the Predator movie that was promised, and film done right. A fresh take on a tired premise that revitalizes the franchise by trimming the fat and giving us what we all came here for.

“Prey” is currently streaming on Hulu and Disney+. You can watch the trailer below.