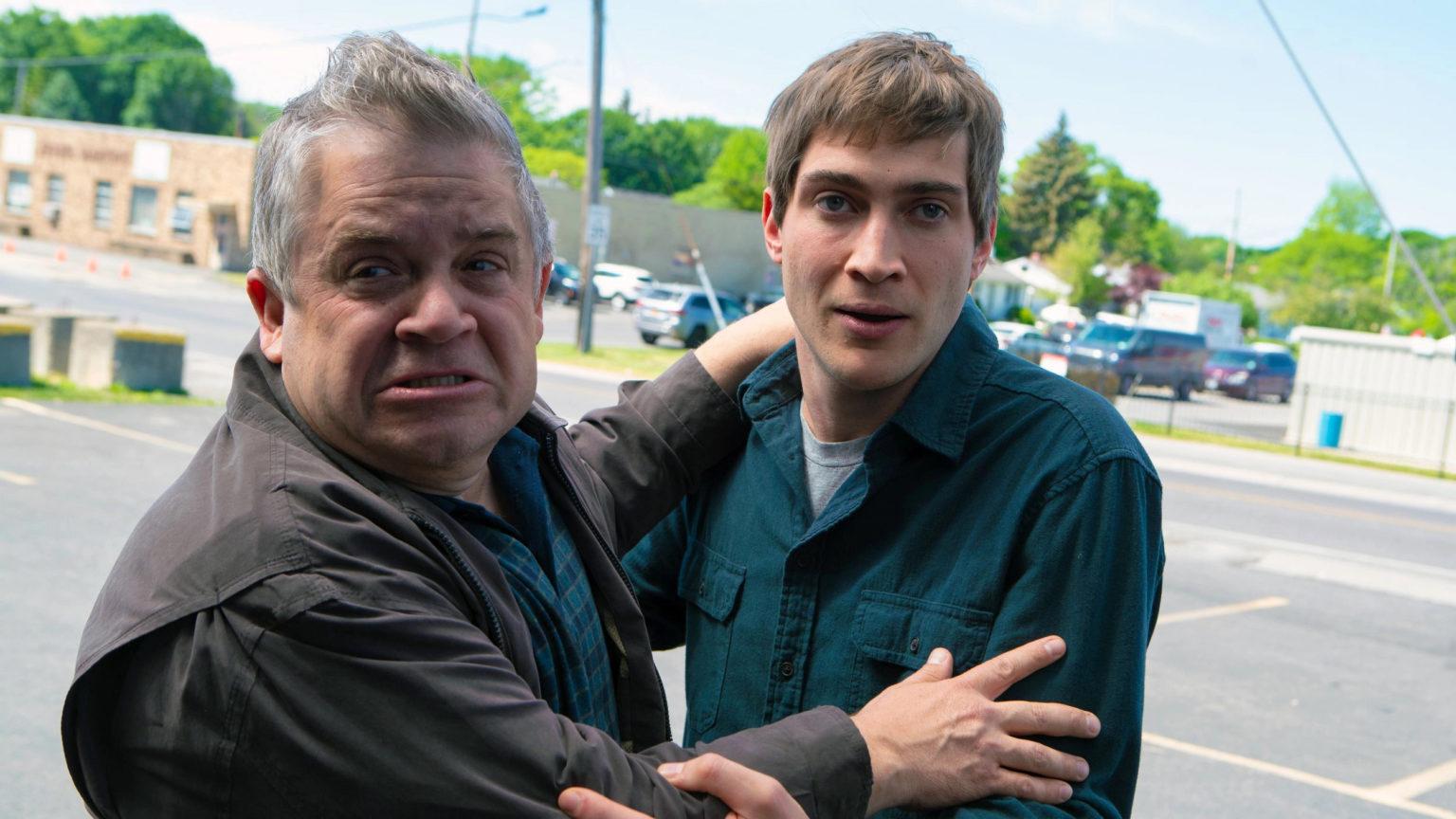 Sitting on a backlog of festival films has become rather tedious, especially considering that many of the ones I really want to discuss and review don’t even have release dates yet. Hell, some of them don’t even have distribution and are still making their rounds in smaller, more regional festivals both domestically and internationally. Nevertheless, there are still some that are trickling out with official release dates, and we’ve got a nice new batch of festival films dropping this month. Many are actually coming out the first week in August, which is stacking up to be one helluva a new release schedule. So here a few more festival films that are set to drop this month and where to find them!

As always, some of these picks have release dates skimp on the confirmed details of where they can actually be watched. I will do my best to be as accurate as possible in hopes that I don’t lead you astray, but know that these smaller, more critical tailored flicks tend to not have the same marketing budgets and in your face release information as big budget box office bangers.

An unsettling yet gripping psychological thriller, “Resurrection” works brilliantly as a captivating and haunting look at manipulation and toxic relational torment. That is, until it doesn’t. Starring Rebecca Hall and Tim Roth, “Resurrection” tells the story of Margaret (Rebecca Hall), and successful single mother who has worked extremely hard to maintain control of her life with her daughter after escaping a toxic and abusive relationship 22 years ago. Finally feeling at peace, Margaret’s world is turned upside down with that very same ex David (Tim Roth) appears back in her life, holding a dark secret over her and forcing her to fall back into his abusive and manipulative ways. Margaret begins lose it all both mentally and physically as her life slowly begins to unravel with David’s presence, and she may not make it out of it all alive.

“Resurrection” is a little uneven narratively, and doesn’t quite stick the landing as the conclusion goes into some very strange and uncharted territory that will probably not sit well with most viewers. When the film leans into its psychological torments, it really shines. Hall is delightfully unhinged, and delivers a performance of a lifetime in a career already packed with star-making performances. Roth is relishing in David’s devious and sinister nature, and the two lift a somewhat unbalanced script off the page to create a gripping, disturbing, and haunting film. I can’t stress enough how strange this ending gets, and feels almost wholly disconnected from the build up to it. But the journey is worth taking even if the ending doesn’t quite resonate the way it was intended, with Hall and Roth really making things work even when they shouldn’t, and makes “Resurrection” worth watching.

It’s really hard to talk about “I Love My Dad” without doing a massive disservice to the film itself. The subject matter on paper simply doesn’t translate to how well it’s actually executed. That’s not to say the film isn’t disturbing throughout; it most certainly is, but the quirkiness and dark comedy injected into a story that just simply shouldn’t work saves it and turns “I Love My Dad” into one of my favorite films of SXSW. Written, Directed, and starring James Morosini, the film tells the shockingly true story of Chuck (Patton Oswald) who after a series of broken promises gets blocked and removed from his troubled son’s Franklin’s (Morosini) life. Desperate to reconnect with his son, Chuck beings impersonating a waitress online and begins to check in on Franklin. Of course, things spiral out of control quickly when Franklin takes quite the liking to this fake girl, and begins an online relationship with his dad without knowing it.

Reading it, you’re probably removing “I Love My Dad” from your watch lists. But trust me when I tell you, Oswald has never been better, and manages to make an incredibly disturbing yet true story watchable and even in enjoyable. It is without a doubt disturbing, especially when Chuck (who seems incapable of being honest or even a decent human being at times) goes to great lengths to maintain the lie. But “I Love My Dad” manages to not just inject a ton of humor into its subject matter, but also manages to inject a ton of heart. At the core of the film, it is about a father and son trying to reconnect and own up to past mistakes. Of course, Chuck is going about it the wrong way in just about every way, but it becomes easier and easier to sit through due to great performances and willingness to embrace the absurdity of it all. It is laugh out loud funny, and while “I Love My Dad” never stops being disturbing on premise, the stellar performances and heartfelt delivery make it one of the best films to come out of the festival. I highly recommend this film, and caution you to not dismiss it too quickly on synopsis because the films execution far exceeds its off-putting subject matter.

Based on the 2018 Task and Purpose article “They Didn’t Have to Kill Him” by Aaron Gell, “Breaking” tells the tragic, real life story of Brian Brown Easley (John Boyega), a struggling veteran who in a desperate attempt to get his check from the VA, stages a bank robbery under a bomb threat, taking two tellers hostage in the process. What transpires is a tense, gripping thriller with a tragically sad forgone conclusion that should leave you seething at broken systems and police brutality. “Breaking” is terrifically acted, and works best when we are imagining the events inside the bank as we watch a desperate and mentally ill man trying to do what’s right for his family the wrong way. The film also features Michael K. Williams in his final role before his passing, and while he’s doing the best he can with what he has, he’s actually not given as much as to do as one would expect. “Breaking” feels more hollow than frustrating, and more jaded than rallied to action. While the very real events remain unchanged, the film can’t help but feel all too familiar and never really delivers any new revelations or insight into these kinds of tragic events.

Part of this lack of engagement stems from the lack of urgency the film fails to create. “Breaking” is truly captivating when we are inside the bank, watching Boyega deliver a powerful and mesmerizing performance as the troubled vet. But any time we leave that setting and check in with the mass police presence outside, we are never really give any kind of scale or framework for what’s actually going on. We are told there are tons of SWAT and local officials and villainous police chief who is apparently dead set on choosing violence to end the standoff. The problem is all of this inferred, and it never really feels like anyone is all that concerned with what’s going on inside. While the antagonist of “Breaking” is the system and inevitable conclusion that we and Brian seem to know is coming, it’s not enough to really feel connected to the chaos amassing outside the bank. The film feels disconnected from itself, and we never really get a true sense of who we should be rooting against. We only know because we’ve seen it far too often, not because “Breaking” does a good job in demonstrating it to us. If for nothing else, “Breaking” is worth watching for what it does best, and Boyega really comes into his own here and delivers a performance with checking out.

I’m not entirely sure what to do with “Spin Me Round,” an oddball romantic comedy thriller from Jeff Baena and Alison Brie. It’s not that the film is bad by any means, just that it may be too niche for its own good and hard to categorize. Labeled as a romantic comedy thriller, I think you can already see how strange it sounds without even hearing what it’s about. And my god does “Spin Me Round” get strange. The film tells the story of restaurant manager Amber (Brie) who wins an all expenses paid trip to Florence to tour and partake in the company’s institute as well as meet the founder and CEO. Amber is in need of an adventure, but quickly discovers that whatever she expected to find may turn out to be more adventure than she can handle. The cast includes a plethora of solid comedic actors, including Molly Shannon, Lil Rel Howery, Fred Armisen, Aubrey Plaza, Zach Wood, and Lauren Weedman to name a few.

Everyone is having a lot of fun here, playing up and into the absurdity of “Spin me Round” especially when things begin to unfold and possibly turn into a foul plot afoot. But the film is somewhat messy, and while darkly funny and quirky it constantly feels as if its keeping its audience at arms length. There’s a bit of cheeky arrogance in “Spin Me Round,” and at times acts as if it’s talking down to its viewers for not “getting it.” It’s all playing a bit big and bit too clever for its own good, and doesn’t quite feel as complete as it thinks it does. It’s still a fun watch, and once again Plaza’s careless yet subdued charm shines through even with her taking on a more minor role in loaded cast. There is a lot to enjoy, but there’s also a lot of “huh” moments that just leave you more confused than satisfied. “Spin Me Round” gets weird, but a good kind of weird if you’re into that sort of thing.

So there you have it! 4 more festival films to add to your watch list this month!