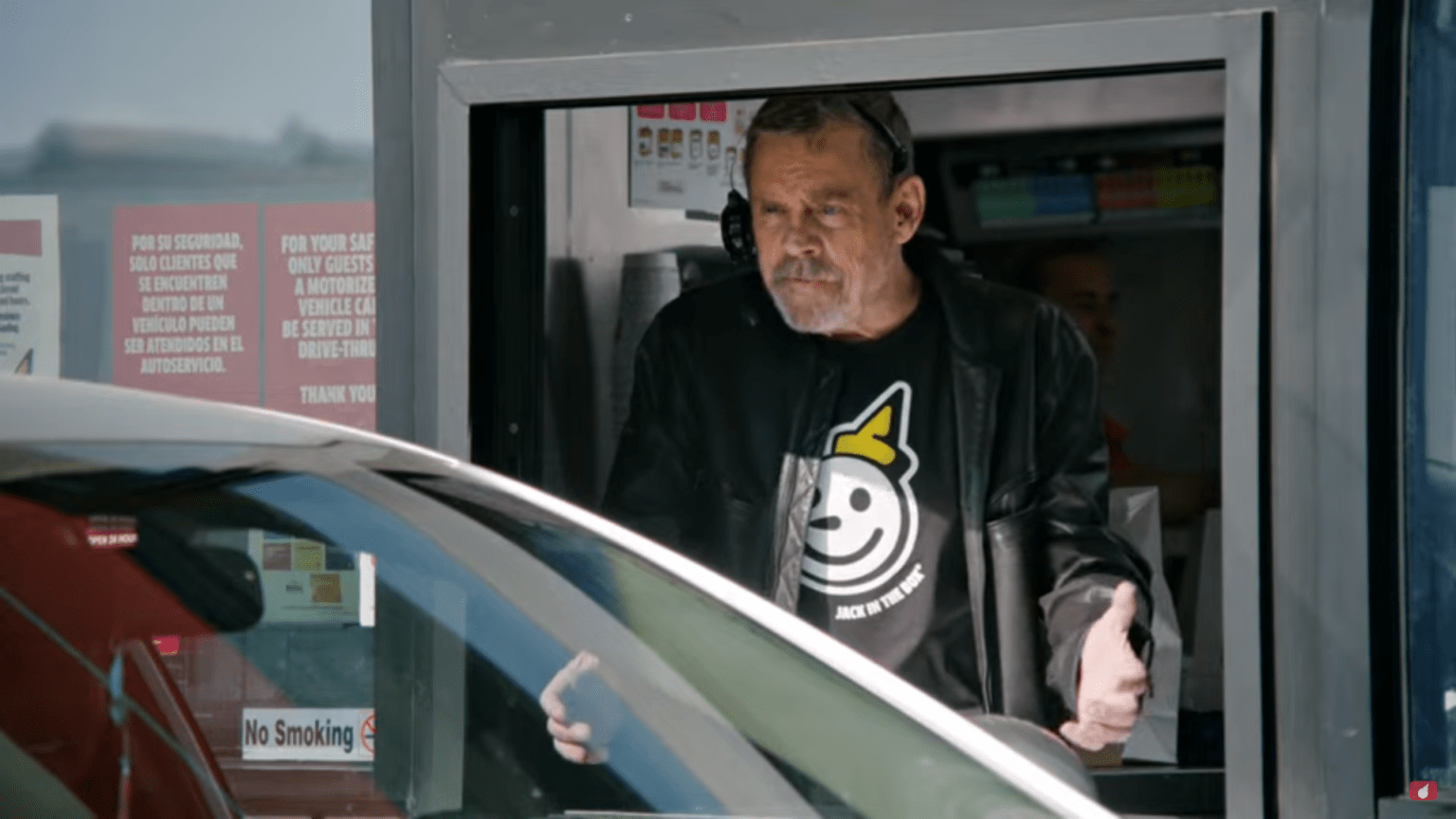 Mark Hamill, icon behind Luke Skywalker in “Star Wars,” is back! And by back, we mean mean back at one of his first jobs. It was a little known fact but now the world definitely knows. Mark Hamill once worked at a Jack in the Box, and apparently got fired for impersonating a clown working the drive-through window. Maybe his talents would have been better received at McDonalds?

He worked a few hours at a Jack in the Box and surprised customers going through the drive through.

It’s a great way to market your jobs if you are Jack in the Box. Think of all the applicants they could get from fans of Hamill. Probably thinking “well, if Mark Hamill could do it I guess it’s not so bad.”

To think that Hamill’s iconic Joker voice could have been born in a Jack in the Box drive through window. How cool is that!? We just think about how funny it would’ve been to be one of the people who happened to order that day.

Anyone else craving tacos?