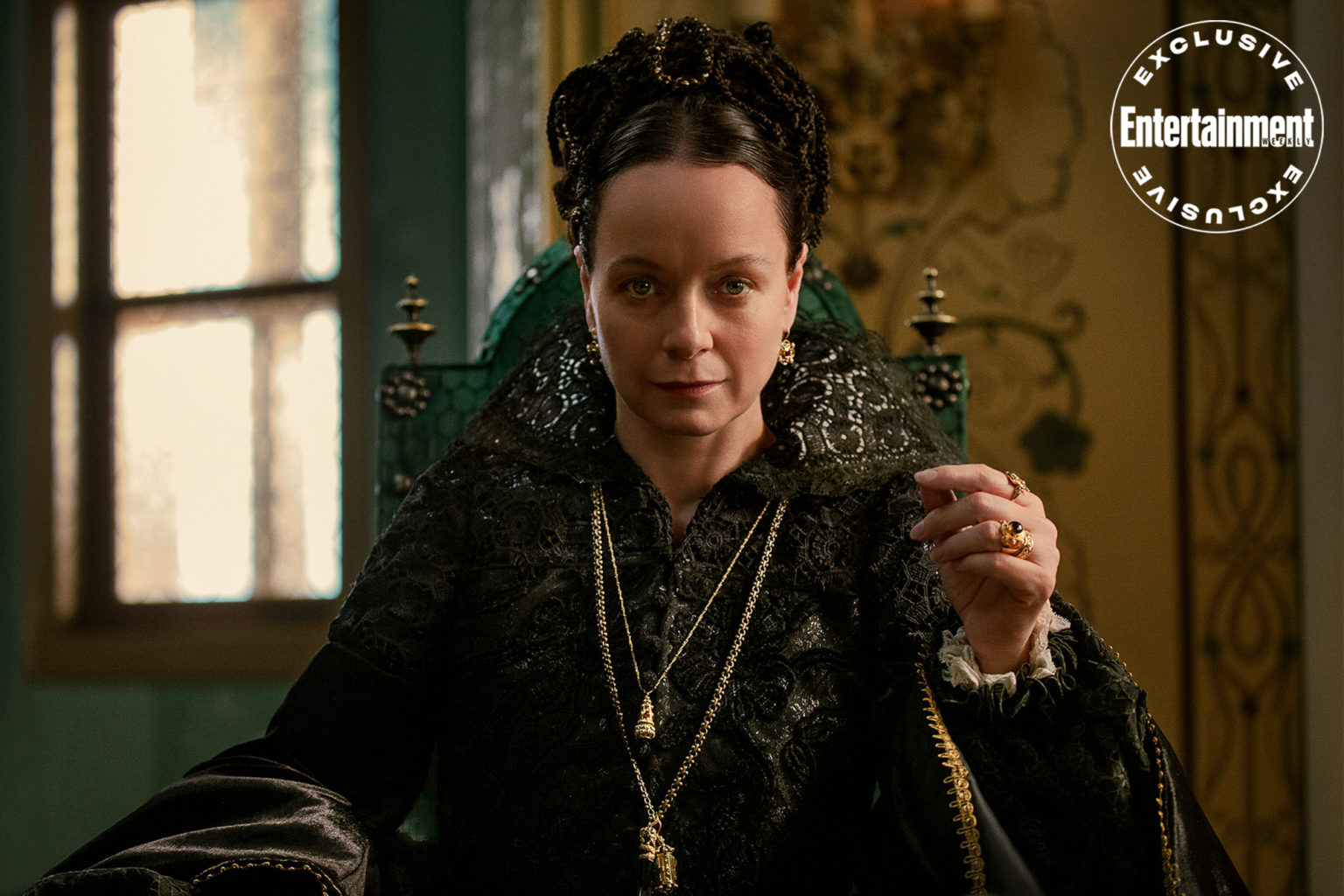 A bit of background before we dive into a new trailer for an upcoming STARZ historical drama series. Several years ago, David S. Goyer brought a series about a young Leonardo Da Vinci to the cable network. It wasn’t JUST about Leo, although he was the main focal point. The show touched on the Medici family, one of the most influential and powerful families in European history. Sure, it was silly at times, but something about it was pretty great. The thing it was missing though was more of the Medici story. That’s where the next STARZ drama comes in- “The Serpent Queen,” all about Catherine de Medici.

Samantha Morton (“The Libertine,” “Minority Report,” “Harlots“) stars as Catherine, and we can’t think of a better actress to take on the mantle.

Catherine’s tale unfolds through flashbacks as she defends her actions and imparts the lessons she’s learned to her new servant confident, Rahima (Sennia Nanua). At 14, the young, orphaned Catherine (Liv Hill, “Three Girls,” Jellyfish) marries into the 16th-century French court. Despite her commoner status, her uncle Pope Clement (Charles Dance), has negotiated a large dowry and a geopolitical alliance in return for the union, and with it comes the expectation of many heirs. However, on her wedding night, Catherine learns that her new husband is in love with Diane de Poitiers (Ludivine Sagnier), a beautiful lady-in-waiting twice his age.

With her future suddenly uncertain and with little hope of conceiving, Catherine must quickly learn who she can trust – both within her personal entourage of courtiers and the members of the royal court – while outmaneuvering anyone who underestimates her determination to survive at any cost.

“The Serpent Queen” is set to slither onto STARZ September 11th, 2022. Check out the trailer now: