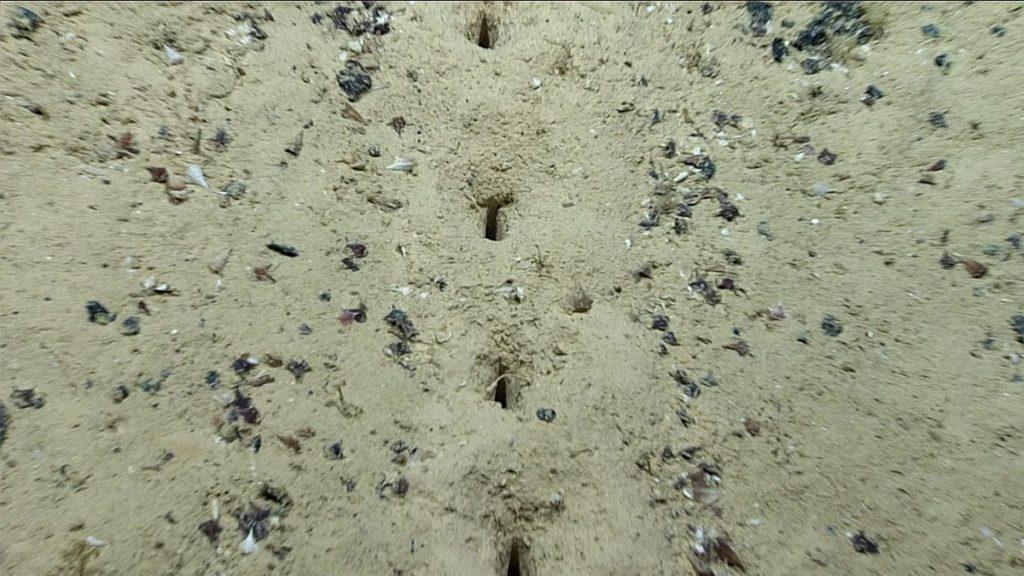 In a photo from the National Oceanic and Atmospheric Administration Ocean Exploration (NOAA), viewers are able to see what look like a neat row of oblong holes which appear in a straight line. The experts are stumped, and are now asking for help in figuring out what these may have been made from. They’re saying the holes look “almost human made” but nothing around it looks like it’s been touched.

To me they kind of look like one of those garden aerator took a stroll on the bottom of the ocean. Others are saying everything from “Atlantis” to “unidentified sea creatures.”

The most feasible explanation thus far is from Facebook user Dennis Van Zatten who said it looks like a chain that was buried.

I think it’s a chain covert with sand but not deep enough or long enough under the surface to also fill the gaps between the chain links. But just my two cents

They also explained that the second image which shows two red dots has a distance of 10 centimeters (4 inches) apart, for a sense of scale.

But unless they go back to the same exact spot in the Atlantic ocean and dig there’s no real way of knowing. They do say that they’ve found these in other places before but still don’t know what the cause of them are. We’re not saying it’s aliens, but it’s probably aliens.