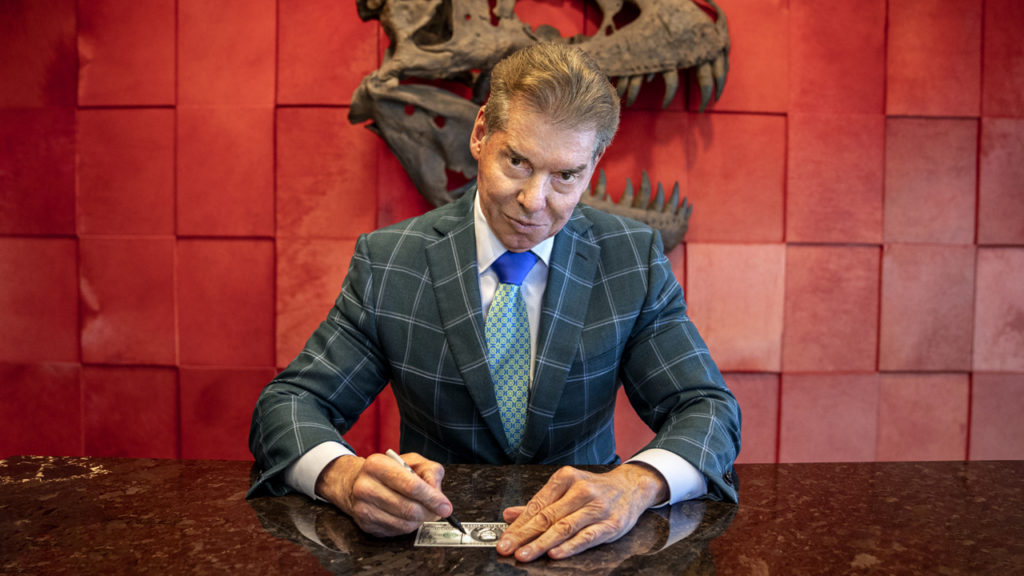 Vince McMahon started as a ring announcer in the 1970s, working for his father before purchasing the family’s wrestling company from him in 1982. The company was later known as WWF (World Wrestling Federation) by 1979, and later WWE (World Wrestling Entertainment) in 2002. For all those decades, McMahon has been the CEO, and has had total creative control over the company.

McMahon has announced he will be retiring as Chairman of WWE.

This doesn’t seem surprising after reports of roughly $12 million in payments in WWE funds were made by McMahon to women whom he had affairs with over the past decades. All women who have reportedly worked in some capacity with World Wrestling Entertainment. Fans suspected the cost of infidelities is what really pushed the move for him to step down as Chairman. In the wake of the allegations, McMahon’s daughter Stephanie McMahon will now take over as CEO of WWE, and will be hands on with creative for the company going forward.

None of this news seems to have affected the company financially in the stock market, but it might be devastating for longtime fans of Vince McMahon. There will be more news to come as it is released.