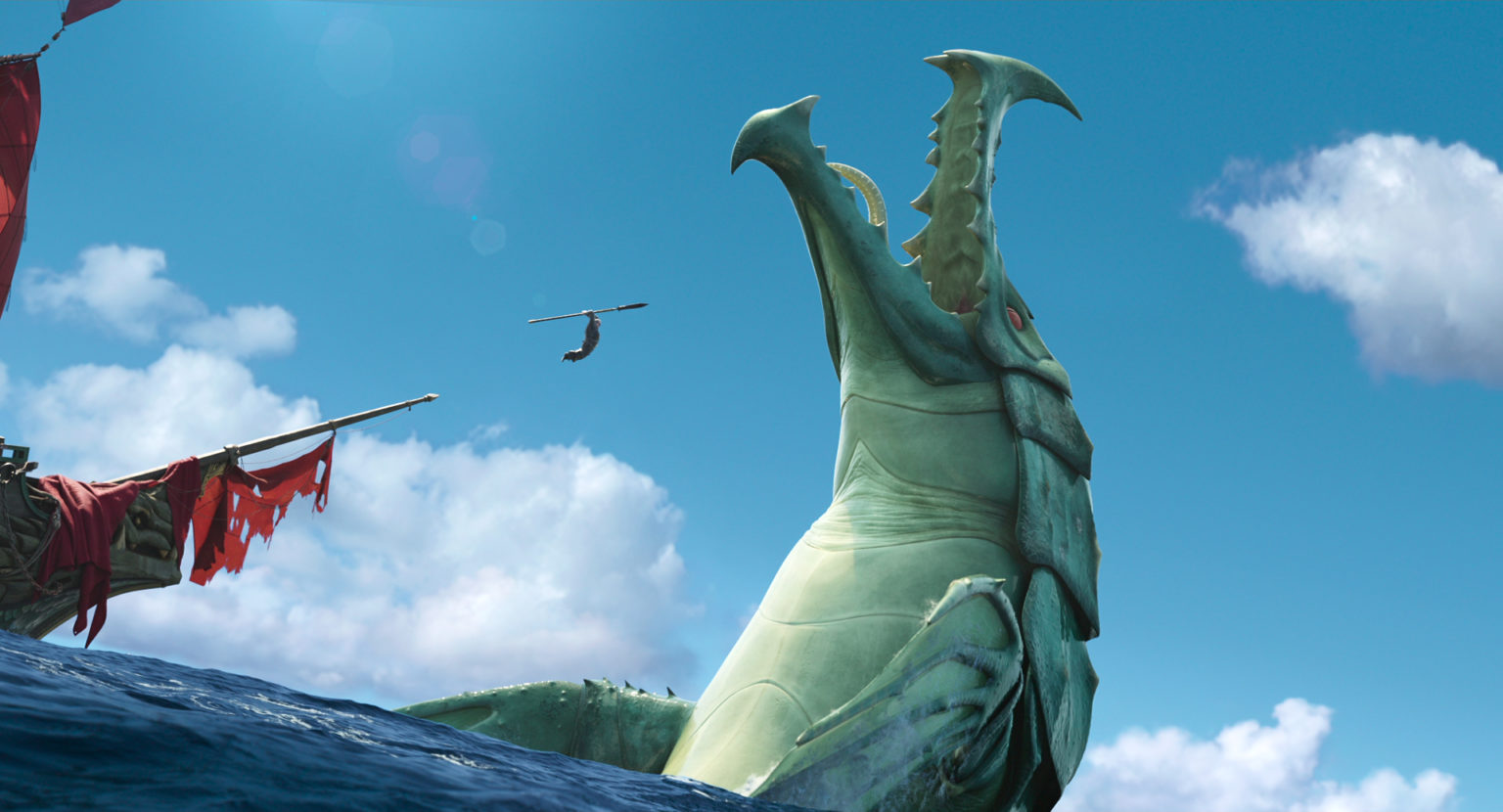 Netflix takes to the high seas in their new animated film “The Sea Beast.” The film is written and directed by Chris Williams, who has previously helmed “Bolt”, “Big Hero 6” and co-directed “Moana.” Taking place in a world where mythical creatures roam the high seas, the movie follows a crew of creature hunters. Jacob Holland (voiced by Karl Urban) is first mate to famed Captain Crow (Jared Harris). The two are perpetually in search of their white whale, and by white whale we mean red whale-ish creature.

Their paths cross with young orphan Maisie Brumble (Zaris-Angel Hator) who idolizes their adventures. She stows away upon their ship and then hijinks ensue. The film has a fair number of things going for it. We love the diversity of the protagonist and the crew. The film also has some themes you wouldn’t necessarily expect to go full force in a child friendly movie. It explores species preservation and there may be a glorified analogy for fighting colonialism somewhere in there.

There is however, a LOT of action in the film. So much of it is frontloaded in the beginning that we didn’t find ourselves initially invested in the characters. By the time we get to any investable backstory it almost feels like too late for our adult attention spans. We’re not sure how younger audiences will hold up. By the time we get to the meatier themes it’s almost too late. The film also feels long, it has a runtime of 1 hour 55 minutes, but there are plenty of films that clock in at similar times that breeze along.

The designs are pretty but feel uneven. We feel like we’ve seen many of the creatures before in various other stories. There’s definitely a hardcore resemblance to some of the beasts of “How to Train Your Dragon” – in fact there also felt like some story parallels.

Overall it’s a fine outing that you can enjoy from the comfort of your home. It felt it had the potential to be great, but just meets us at the shores of “just fine.”