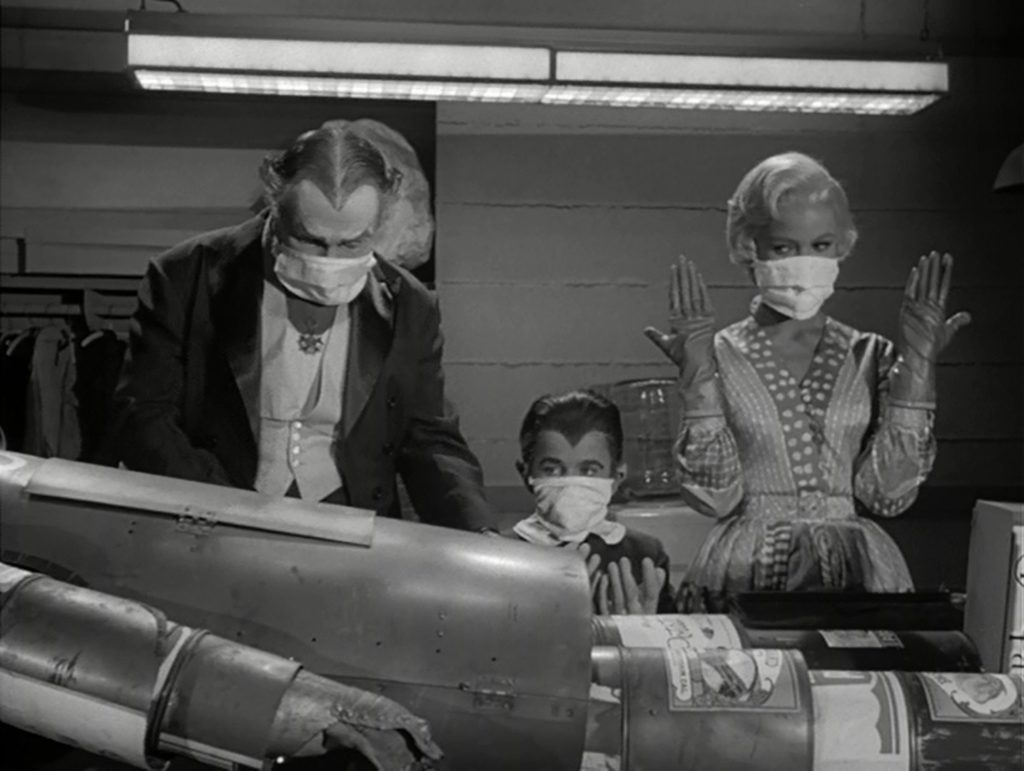 Actor Butch Patrick played Eddie Munster on the original 1960’s show “The Munsters.” Director Rob Zombie confirmed via Instagram Patrick will be in the upcoming reboot, but not as Eddie. Patrick will be portraying the Tin Can Man.

Like the return of the character, Zombo, this is another direct reference to the original show.  The Tin Can Man is a robot that Eddie built for a science fair. When his machine is sabotaged it is up to grandpa (Al Lewis) to fix it. So Patrick will effectively be playing his own creation, and it doesn’t get more meta than that.

As the post references, fans have been champing at the bit for an announcement of who will be playing Eddie in “The Munsters” reboot. The first teaser released last month only showed a few key characters. Herman Munster (Jeff Daniel Phillips), Lily Munster (Sheri Moon Zombie), and Grandpa (Daniel Roebuck) are all clearly shown.

While not in the teaser, Catherine Schell, Jorge Garcia, Sylvester McCoy, Richard Brake are all confirmed. As well as Cassandra Petersen (better known as Elvira), who will be playing real estate agent Barbara Carr.

Pat Priest is another original cast member who is returning for the upcoming reboot. But she is also not returning as he original role. On the show Priest replaced actress Beverly Owen as Marilyn Munster from episodes 14 through 70. While there is no word on who she will be playing in the movie, it will not be Marilyn. Fans are still left to wonder who will be filling the shoes of these two core characters.

There is still no release date set for “The Munsters,” but we’ll let you know what we hear about this and other news.