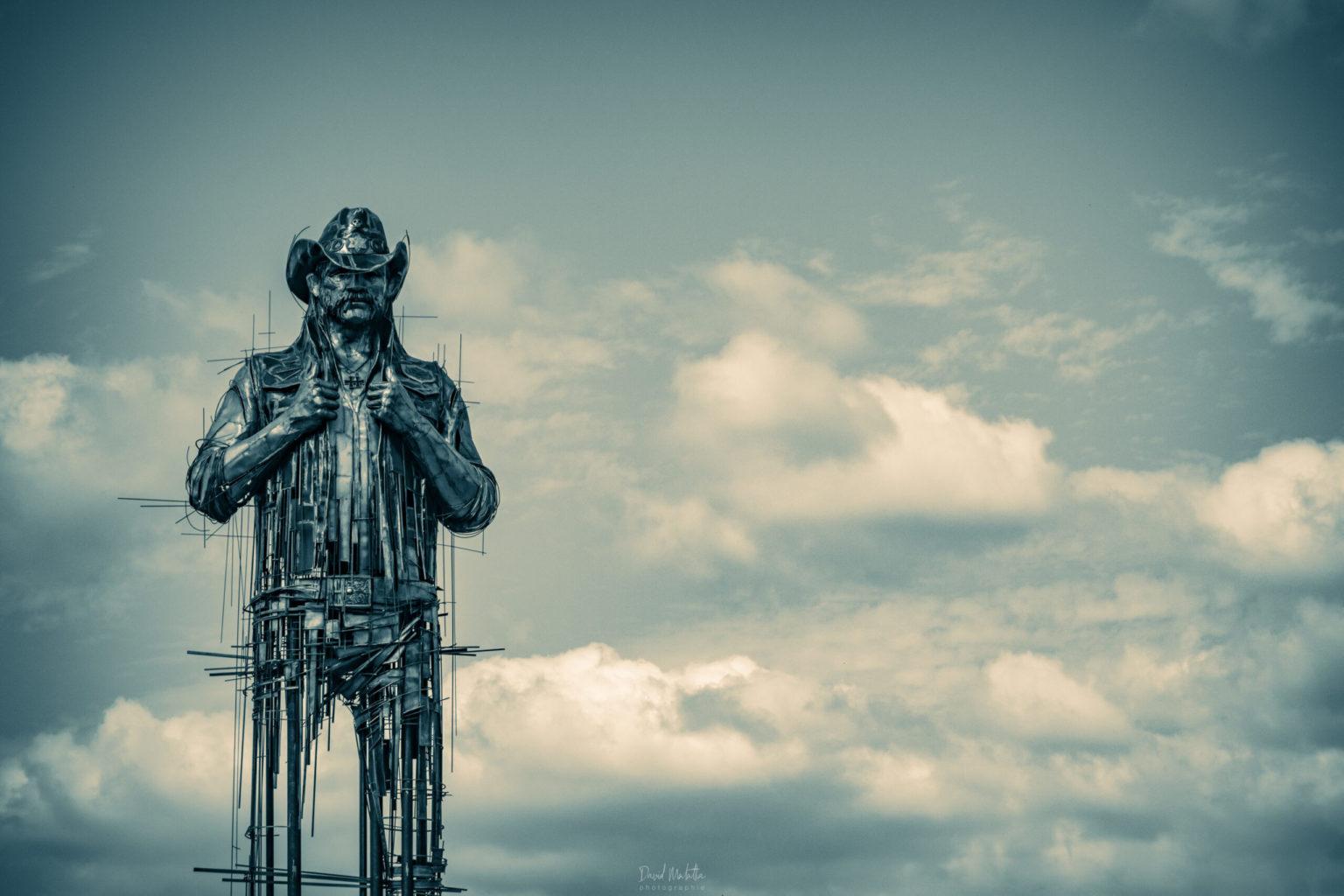 French metal festival Hellfest unveiled a huge metal statue created in memory of Lemmy Kilmister, the late lead singer of Motörhead, and God (well at least according to “Airheads”). Motörhead played the very first Hellfest in Clisson, France and were deeply connected to the event. On June 23rd, festival organizers will unveil a huge statue that will preside over the grounds, and contain some of Kilmister’s ashes.

French sculptor Caroline Brisset is responsible for the piece. Though she knew the size could be challenging, Brisset took on the project without hesitation. “I said yes because it was a great project,” she told Ouest-France. “And it was also quite a challenge to make such a big statue in such a short time.”

Brisset’s work will replace an older statue of the rock legend that has been on the grounds for 6 years. But sadly, the plaster is starting to crumble. Either way Mr. Kilmister will continue to watch over the event. It will also have a miniature replica of the custom urn that Lemmy’s ashes are in at the Forest Lawn Cemetery in Hollywood, California.

The dedication ceremony will follow a concert by the Scorpions. There will be a tribute video. Which will be followed by speeches from former bandmates Mikkey Dee (now in the Scorpions) and Phil Campbell.

Fans who wish to do their own tributes and pay respects are encouraged to do so via the hashtag #LemmyLivesAtHellfest.