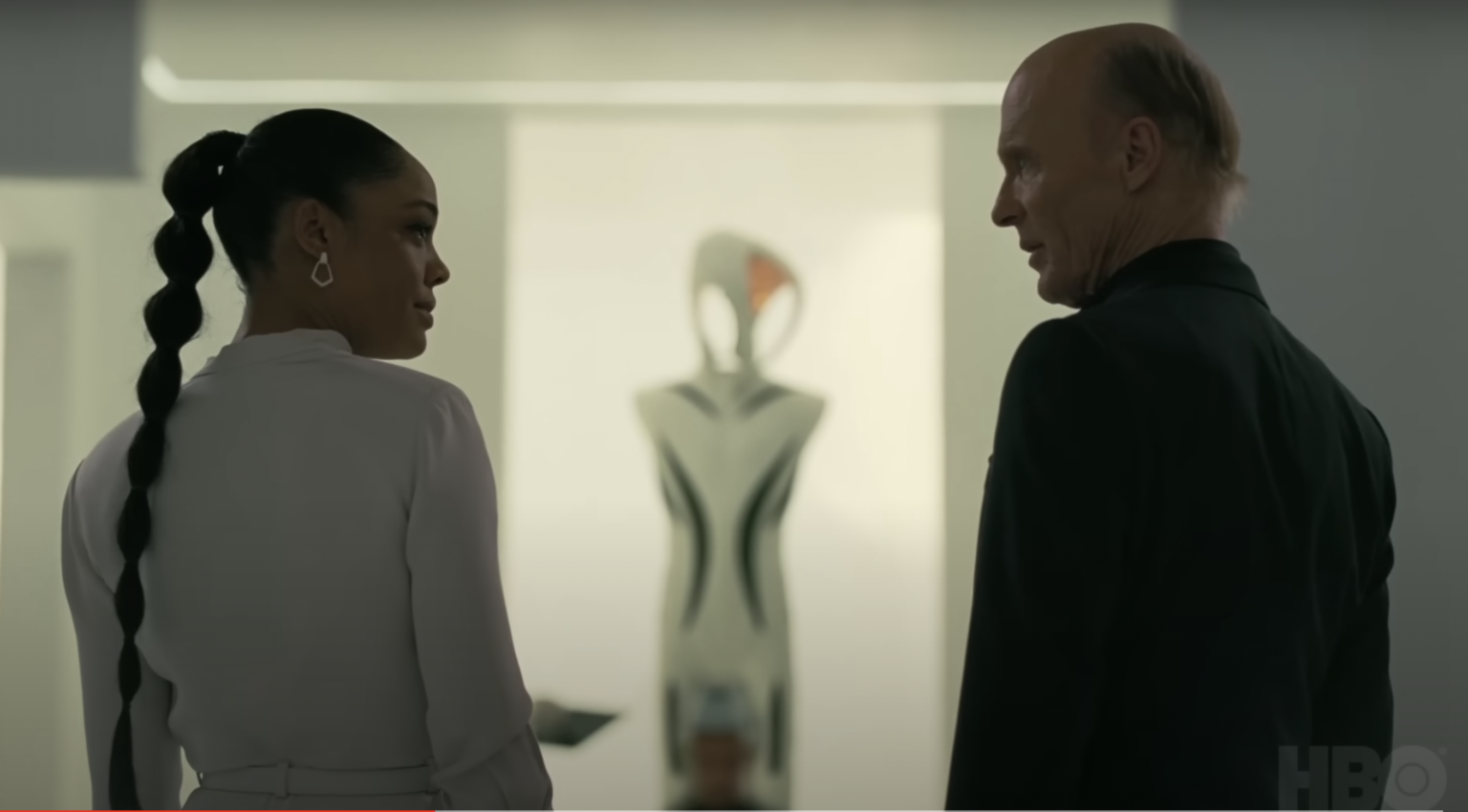 After a two year break, “Westworld” is returning. As long time fans of the show probably expect, the trailer doesn’t provide any real clues about what’s going on. “Westworld” has always been a show you had to actively pay attention to understand what is actually going on. Between telling stories non-chronologically, episodes would frequently bounce around between the virtual and the real. Characters you thought were human are suddenly robots, and those robots may be possessed by the minds of others.

In keeping with the tradition of not being easy to decipher, this trailer only offers a glimpse of what’s to come.

What we do get are some striking images of the very talented cast doing all kinds of ominous things. You have Evan Rachel Wood, looking very sad while talking to a mysterious voice. There’s Tessa Thompson appearing to threaten Ed Harris while he’s connected to some kind of device straight out of the film “The Lawnmower Man.” Aaron Paul is running around doing something while looking super stressed out. And Jeffrey Wright, doing some detective work while getting into fights. If this all doesn’t make sense as someone new to the show, trust me when I say that it is also difficult for people who watch the show.

Going back to the future

Everything about the preview underlines what makes the show so divisive. The production values and look of the show remains striking as always. Both the futuristic cities and virtual worlds in “Westworld” remain compelling to just stare at. All of the acting on the show is also fantastic. However, the show’s inability to give a straight answer about any of its mysteries can be deeply frustrating.

It isn’t as though “Westworld” is something like “Twin Peaks,” where some mysteries can’t be solved. If you were to get rid of all the storytelling tricks, everything on “Westworld” (mostly) makes sense. For fans, that makes the show more fun, while others find it annoying. Season 3 was meant to be corrective, creators Jonathan Nolan and Lisa Joy addressing story complaints by focusing more on the real world. But, it didn’t really change things enough for some fans. Season 4 looks to be another adjustment, but the trailer still promises much of what audiences are used to.

If you are new to “Westworld,” it’s a good idea to start binging the show now before the premiere. Season 3, despite complaints, still has interesting things going on that make it worth checking out. It benefits from being watched all at once like a movie, so you don’t have to remember everything. That way, when Season 4 starts, you can join the rest of us who love a wandering a maze.