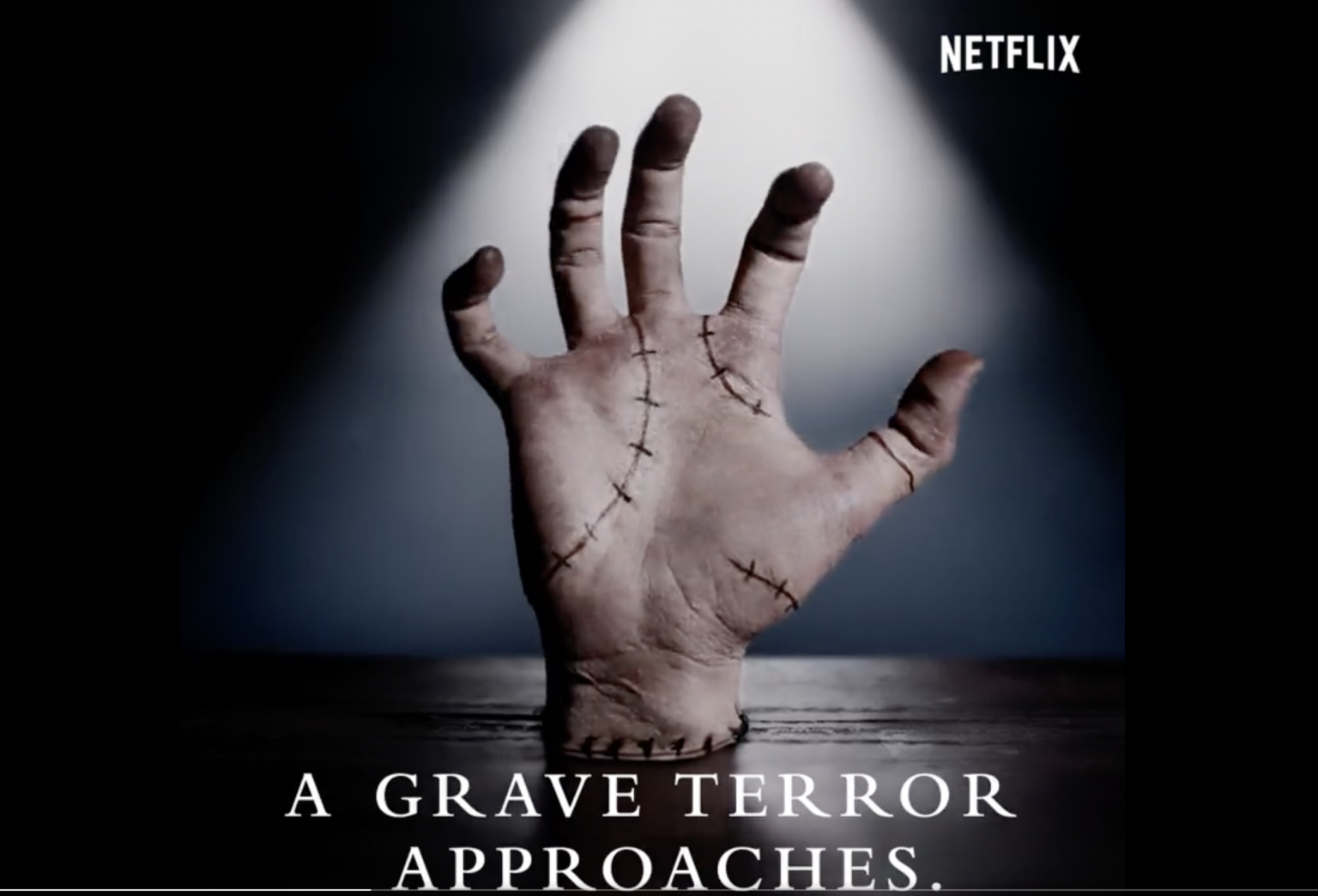 Call it a marketing ploy, but it sure seems like Netflix’s upcoming “The Addams Family” spinoff series “Wednesday” knows their audience. The first television series from Tim Burton, this will be a tale about Gomez and Mortita’s daughter as a high school student.

Wednesday is a sleuthing, supernaturally infused mystery charting 16-year-old Wednesday Addams’ years as a student at Nevermore Academy. Season One will follow Wednesday as she attempts to master her emerging psychic ability, thwart a monstrous killing spree that has terrorized the local town, and solve the murder mystery that embroiled her parents 25 years ago — all while navigating her new and very tangled relationships at Nevermore.

We still don’t have a likely release date yet, but we will be getting a series first look during Netflix’s Geeked Week.

We’ll let you know what else we hear about “Wednesday.”

Check out the teaser now: