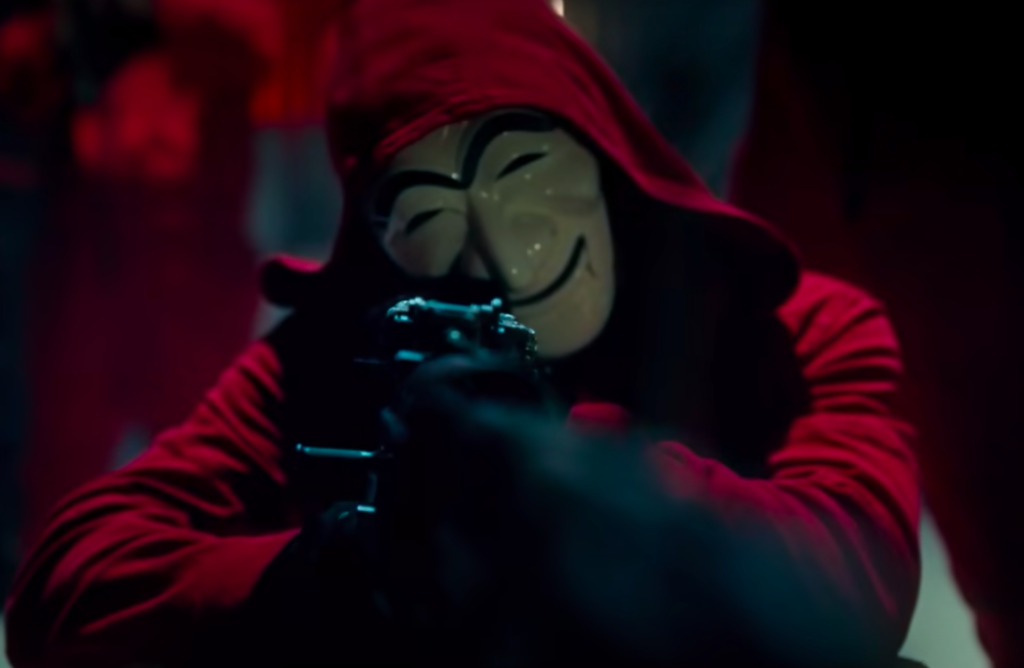 It seems that Netflix isn’t ready to part ways with its big time, global phenomenon series “La Casa De Papel,” or “Money Heist,” the Spanish series that took the world by storm. As it turns out, if you can’t keep the show going in the home country of Spain, you make your way into another foreign market. Naturally, Korea seems like the right place to base this remake, with “Squid Game” another mega hit for the streaming giant.

The new adaptive remake, “Money Heist Korea: Joint Economic Area,” is directed by Kim Hong-sun from a screenplay written by Ryu Yong-jae, Kim Hwan-chae, and Choe Sung-jun. The teaser sheds light on what this new heist adaption will look like, and explains the meaning of the title.

“Money Heist Korea” seems to be set in alternate timeline where (according to the teaser) both countries’ borders are brought down and peace is achieved. This allows for one currency to be shared by both countries, which doesn’t actually help the people and helps the rich get richer. Naturally, this looks like a job for the Professor (or whatever they’re going to call him) and his rag tag group of no holds barred thieves to tear down the system and stick it to the man!

The teaser seems to be pretty in line with what fans of the original series came to adore, and “Money Heist Korea” looks to keep the heart of the original series while adding their own country’s flare and style to it. I will say I am apprehensive. The premise of “Money Heist” is rather simple despite being incredibly intricate and complex and meaningful, and I’m not 100% sold that an adaption and remake will be able to truly keep that in tact. For all it’s flaws, the original series hinged on the characters and their backstories first, action and heist second. My fear is that any adaption with attempt it in reverse, delivering an all out Michael Bay-style action thriller instead of a nuanced, deeply emotional and purposeful action drama.

We don’t have to wait too long to gauge whether or not this series is worth the journey. The teaser gives us a quick glimpse into what we can expect, and it drops on Netflix in a little less than a month!

So who’s ready to don the mask and rob some shit again?