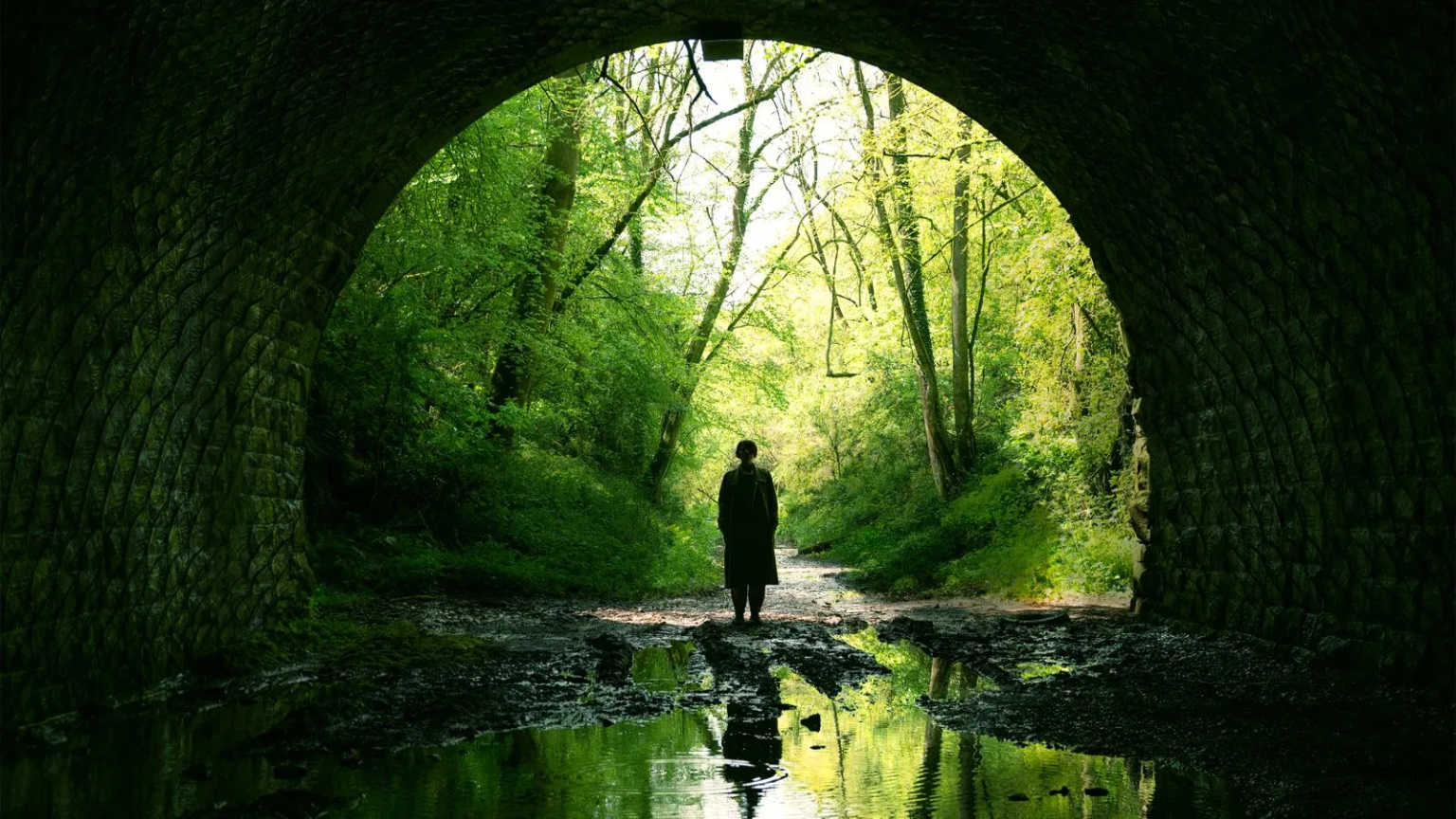 You had at me at Alex Garland-directed, starring Jessie Buckley. The highly praised auteur filmmaker (“Ex Machina,” “Annihilation“) paired with one of the best up and coming stars feels like a match made in heaven. For the most part, their latest outing “Men” delivers on just about everything you could want. This is also why it’s so frustrating because as good as the film is, I am confident in saying those who need to see it the most probably never will.

“Men” is as strange and unsettling as you would expect from a film by Garland, and while it is beautifully shot, expertly paced, and brilliantly acted, I’m not entirely sure who the film is actually made for. It’s primary function is to serve as allegory for the greatest dangers facing women today: the seemingly harmless but ever consistent micro-aggressions from (you guessed it), men.

The real problem here is that anyone who reads that sentence and goes, “Well duh. Of course we know that. Who the hell doesn’t know that?” truthfully doesn’t really need to see “Men,” which is an assaulting visual swing with a sledgehammer towards making sure you know without a shadow of a doubt that men are often awful towards women. That’s all well and fine, and very true, but the people that don’t know that or understand that or even worse, feel things like gaslighting and belittling and victim blaming aren’t actually dangers could benefit the most from viewing.

But those people will never sign on to watch an A24 film with a tiny cast and gorgeous shot compositions. Nor will they sit tight through a slow burn thriller that never seems to let up from driving this point home. It is a necessary watch for those who will never watch it, and that puts “Men” in a very strange place.

Beyond missing the audience and not really having one in the first place, “Men” is a testament to Garland’s skill behind the camera, and his storytelling capabilities. There are some genuinely harrowing shots here, and Garland expertly forces viewers to sit with every single uncomfortable moment happening on screen. The film continues to ramp up its aggression the longer it goes on. So by the time we get to its final conclusion, there’s no turning back and no looking away, however much you might want to. Yes, Garland goes full body horror in the final 10 minutes, delivering a climax that very few will be able to unsee. Not just because it’s grotesque and unflinching, but because he has crafted an atmosphere so weird and uncomfortable, you’re not entirely sure what you should be doing or feeling as it’s happening. It is masterpiece storytelling and directing, and is also fueled by incredible performances.

Jessie Buckley (“The Lost Daughter“) plays Harper, a young woman still reeling from her ex-husband’s death which she witnessed after an argument where he hit her and she threw him out of the house. He then climbs to the flat above and whether he fell accidentally trying to get back to Harper or fell intentionally due to threatening to kill himself if she left him (“Men” is intentionally unclear about which is true and very clear that this kind of manipulation will play a major role in the film’s overall narrative) and she watches him fall as she is looking out the window.

She travels to the remote countryside in hopes to get some emotional respite, only to be stalked by a strange, naked man (Rory Kinnear) and encounter numerous, unhelpful and downright hostile men throughout the village (all played by Kinnear, including a young boy who calls Harper a “stupid bitch” for not playing Hide and Seek with him). As the aggression and danger escalates, Harper is forced confront her fears and her emotions in order to survive.

Kinnear playing every single male character in the film is wholly intentional; a not so subtle way to basically say all men are the same regardless of who they are and what they do. The young boy is as disrespectful and hostile as the vicar Harper meets in the local church, who’s also as dismissive as the landlord who gives her a joking but somewhat serious chide for eating an apple from the tree outside the cottage (yes, that is forbidden fruit, yes that’s on purpose, yes, MESSAGE) or the cop who essentially tells her she’s imagining the intentions of the naked man who is clearly stalking her but may not be because, as the Kinnear cop tells her in the bar, “I don’t know that he saw YOU once.”

I mean it when I say “Men” is assaulting in its message, which comes across strongly in Kinnear’s varied performances of same man. For all its crafty shots of the woods and greenery and unsettling, atmospheric energy, there is no subtle behind what the film is trying to say. Garland makes sure of that, and Kinnear understands the assignment as much as Buckley does, who is equally as fantastic.

Buckley is mesmerizing in “Men,” spending a large portion of the film unaware of the strangeness of every man having the same face, but also acutely aware that men are often awful towards women and her instincts to raise the red flags and validate their harm are in themselves validated, even if they’re always dismissed by the very men tormenting her.

I will sign on for just about anything Buckley wants to do from now on. She truthfully hasn’t missed performance wise, and “Men” is a beautiful highlight to her skill as a performer. She is forced to shoulder the majority of the film due the minimalist cast, and carries it through to end with ease. She has already proven she’s capable of slow, muted dramas with a thriller flare in “The Lost Daughter,” but here in “Men” she makes a strong case to be a scream queen if she wanted to. She’s just a joy to behold, and is one of the best parts of the film. I’m confident that in less capable hands, Garland would not be able to make “Men” work as well as it does. Buckley is firmly in the driver seat performance wise, and pairs will with the different versions of Kinnear and really drives home the constant sense of dread that befalls her character throughout her journey.

More than anything, just be aware of a few things before heading to see “Men.” First, it is absolutely an Alex Garland film, so prepare yourself for whatever interpretation of that statement means to you. Garland is a choice, and you kind of have to know what you’re signing up for heading in to avoid disappoint and confusion. Second, this is very much an A24 film, which means high on visuals and high concept cinematography. There’s an entire scene that is just a birds eye view of a dead, decomposing deer in the woods, that then zooms in on its eye, quick cuts to a statue that we saw earlier in the church, then pans back out to the birds eye view of the deer again. Yes, it’s THAT kind of movie. Third, everything that is happening is REAL, and not a dream sequence or alternate reality. That’s not a spoiler either. It’s integral to understanding the film and its purpose, that what Harper is seeing and experiencing is not in her head nor is it simply her manifesting her own trauma through supernatural events. It is all happening, and “Men” wants to you know this, no matter weird things get in the films final moments.

I know I’ve talked about this ad nauseam, but you really need to understand that “Men” is very clear on its message and never falters from what it wants to convey. That message isn’t for everybody, and frankly I’m not even sure that “Men” is for anyone in particular. And yes, I’m going to repeat it: the people that need to see it the most probably never will.

And that’s unfortunate because this is an incredibly well made film that should be seen and understood, and at the very least reinforced for and by those who live every day with the constant micro-aggressions and dangers that men regularly present.

“Men” is currently playing in theaters. You can watch the trailer below.