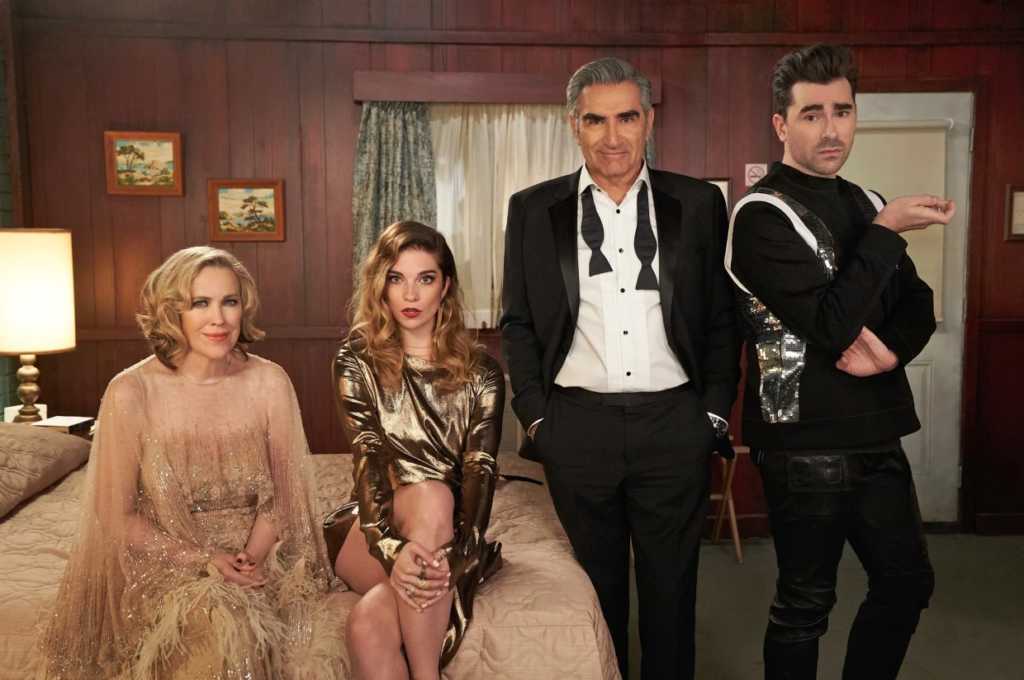 For those of you who’ve already experienced “Schitt’s Creek,” you know how rewatchable the episodes are. Netflix has hosted the series thus far, but will no longer hold rights to after October 3rd. All six seasons will be relocating to Hulu, and stream exclusively there.

“Based on the number of ‘Schitt’s Creek‘ GIFs we Slack every day, it’s no surprise we are absolutely thrilled to welcome Johnny, Moira, Alexis, ‘Daviiid’ and the wonderfully unique residents of ‘Schitt’s Creek‘ to Hulu,” said Joe Earley, President of Hulu, in a statement about the acquisition. “We can’t wait to share the award-winning, blisteringly-funny, yet heartwarming series and characters with our subscribers. We know they’ll fit in nicely.”

“Schitt’s Creek” focuses on the Rose family who’s gone from a high class standing to living in the Rosebud Motel in Schitt’s Creek. The town is theirs because it was bought as a joke for his son David. Viewing the property as worthless it’s the only thing that the tax collectors let them keep. They navigate their new way of life quite hilariously. Through the journey we get to know them as down to Earth and really kind people. Despite them having a few “quirks” like Moira naming all of her wigs, she’s really a kind person. Maybe just not the best at being a traditional mom.

The series was conceived by Daniel Levy, who was able to get his dad, Eugene Levy, onboard. Together they created one of the funniest critically acclaimed shows on TV.

Netflix is having a bad year so far with subscriptions going down as well as a price increase for those who want maximum quality. They are also shopping around the idea of monitoring who’s subscription is used where to crack down on password sharing. Commercials are being considered though it’s not known what kind of subscription plan they will be included with, if not all.

Losing “Schitt’s Creek,” one of the most streamed shows on the platform, is going to be another major blow for the company.